Munich Security Report sees world as a broken puzzle | Germany | News and in-depth reporting from Berlin and beyond | DW | 11.02.2019

The global liberal order is fragmenting, but who can fit the pieces together again? That's the question posed by the report, released as a curtain-raiser for this week's Munich Security Conference. 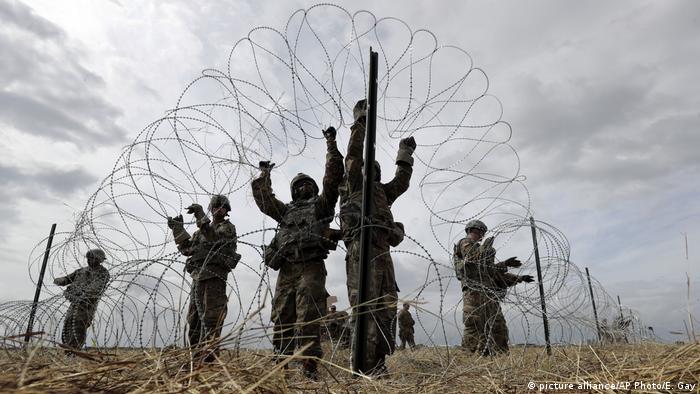 The world is in crisis — and the US is only making things worse. That's the bold verdict of the Munich Security Report (MSR), released on Monday ahead of this week's Munich Security Conference, the annual gathering for leading representatives of all the major powers. US Vice President Mike Pence, Russian Foreign Minister Sergey Lavrov, and Chancellor Angela Merkel will be among the 100 ministers from across the world expected to discuss growing global instability.

"A new era of great power competition is unfolding between the United States, China, and Russia, accompanied by a certain leadership vacuum in what has become known as the liberal international order," wrote conference chief Wolfgang Ischinger, veteran diplomat and former German ambassador to the US, in his introductory statement.

At least one of the main sources of this instability is clear. President Donald Trump's administration in Washington is showing little interest in holding to international agreements, and his tweets often openly question institutions including NATO and the United Nations. Even worse: Under Trump, the US appears ready to relinquish its role as a leading power in what is often still called the "free world."

At a press conference on Monday, Ischinger was at pains to mention "the good news first": that despite the many "question marks" over transatlantic relations, he considered it an "extraordinarily great signal," that two or three times as many members of the US Congress were expected to attend this year. In particular, he welcomed the attendance of House of Representatives Speaker Nancy Pelosi and former presidential candidate Senator Mitt Romney.

In its place, the MSR accuses Trump of displaying "an irritating enthusiasm for strongmen across the globe, suggesting that this administration is living in a 'post-human rights world.'" This, the report argued, undermined the US' professed effort to rally "the noble nations of the world to build a new liberal order," as US Secretary of State Mike Pompeo put it in December, and to oppose authoritarian great powers. "For longtime trans-Atlantic allies, it is still hard to stomach when Trump praises illiberal leaders from Brazil to the Philippines," the report scolded.

"US strategic documents have singled out China and Russia as the two most important challengers," the report went on, but the rivalries between these three great powers are playing out in different ways. The conflict between Washington and Beijing is focused mainly on economic and trade issues, for instance, while Russia and China see themselves as an alliance of autocracies against the West, even as they remain in geopolitical competition with each other.

The rivalry between the US and Russia, meanwhile, remains mired in accusations and counteraccusations about arms, and the MSR offers little prospect that this will improve soon. After the canceling of the INF treaty, which regulated intermediate-range nuclear weapons, other arms control measures could now be under threat, the report frets.

"It appears unlikely that they can extend the New START Treaty covering strategic nuclear weapons beyond 2021, when it is set to expire," the report said.

Above all this, the impending existential threat posed by climate change has evidently begun to seep into the upper circles of power. Ischinger mentioned that one of the conference's main blocks would, for the first time, be devoted to the security threats posed by an inevitably warming climate. "We want to show that climate and security are issues that are of vital importance, not only for us in Europe, but also, for example, for the island states in the Pacific," he said. "Will there be forced migration? Or will there be conflicts? Who will deal with that? Will there be rules? Can such rules be developed?"

And what of Europe, which appears to be playing an ever-smaller strategic role in all these deliberations? "The European Union is particularly ill-prepared for a new era of great power competition," the MSR declares, a point that is revealed by the new debate about Europe's "strategic autonomy." There does not appear to be a "plan B" for how Europe could emancipate itself in its global security policy.

On Monday, Ischinger told reporters that "2019 is going to be a fateful year for the European Union," not least because of the European Parliament elections in May and the appointment of a new European Central Bank president in October. For that reason it was important, he said, that the MSC this year shows the "non-European participants that the EU is ready to fight for its interests by asserting itself."

Altogether, the report concludes, the world is drifting into a "new interregnum," in which the remaining defenders of liberal values are trying their best to navigate a period of uncertainty and instability.

The MSR's opinion is sobering: "Some of the candidates for an increased role as guardians of the liberal order are willing but incapable, others are at least moderately capable but unwilling or unable to bring their capabilities to the fore."

One consequence of this transition period is that it could hold opportunities for second-tier nations, like Canada, Japan, and the UK, to whose post-Brexit role the MSR devotes a whole chapter. While Britain was central in building the liberal post-war order, and, as a member of the UN Security Council, still has much geopolitical clout, the unpredictable consequences of leaving the EU have put the country on a new footing.

"What has become clear, however, is that Brexit proceedings will continue to inflict wounds on both sides of the Channel for years to come," the report says, despite repeated protestations from London, Paris, and Berlin that the powers will still work closely together.

That was backed up by the historian Timothy Garton-Ash, who gave a speech at the launch of the report in which he warned that Brexit represented a diminishment of the world's ability to find global solutions to problems, "exactly at the moment" when the world faces more global crises than ever. 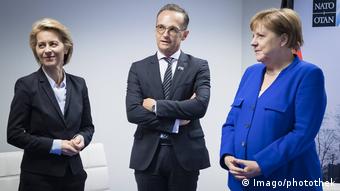 An alliance of multilateralists?

So who is left to gather the pieces of the crumbling geopolitical order? Ischinger posed the question on Monday: "Who will take over the responsibility? Are there ordering powers that take the responsibility? Can the European Union play a role, or is it too weak? And if it's too weak, who else will do it? Or do we just let it happen: that a liberal international order, based on institutions, rules, and law, that this crumbles piece by piece? For German and European interests, that would be a tragic, a catastrophic development."

In a recent video message ahead of her appearance at the conference, Chancellor Angela Merkel said she wanted to work to maintain those international institutions. This was now, she said, "at least as important as during the Cold War."

Germany, she insisted, still stood behind the liberal world order, a sentiment backed up by her foreign minister, Heiko Maas, who recently called for the creation of a global "alliance of multilateralists." Though exactly how difficult it is to bring such ideas to life is already clear in Germany's current row with its closest strategic partner, France, over the Nord Stream 2 pipeline.

Moreover, a new survey by Germany's Friedrich Ebert Foundation found that only 42 percent of French people, as opposed to 59 percent of Germans, believe their country should remain neutral in international questions. Similarly, far more German than French people reject military interventions (65 percent to 50 percent), something that is reflected in the differing political cultures in Berlin and Paris.

"The current crisis of the trans-Atlantic partnership is a bigger challenge for Germany than for France, which has always pursued a more independent approach," the MSR concludes.

But it remains uncertain how exactly these differences can be patched up. It seems unlikely that much progress will be made in Munich this week, though: A few days ago, French President Emmanuel Macron abruptly canceled his appearance, hampered by political problems at home.