Remember the hope that Donald Trump would be mostly tough talk, but little action? At the halfway-mark of his first term it is time to acknowledge the huge impact he's already had — and wonder how much more could come. 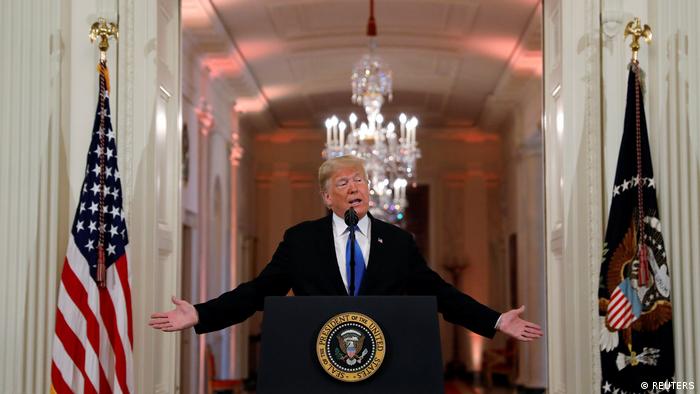 In his first two years in office, US President Donald Trump pulled the US out of the landmark international nuclear arms agreement with Iran, out of the signature global climate accord and out of the historic trade pact with Asia, the so-called Trans-Pacific Partnership (TPP).

He launched a bruising trade war with China, slapped tariffs on America's European allies and ordered a speedy withdrawal of all US forces from Syria.

He signed into law one of the largest tax overhauls in recent history, instituted a sweeping crackdown on undocumented immigrants and triggered the longest government shutdown in US history.

Read more: Counting the cost of the US government shutdown

And he is in the process of remaking US courts by appointing more federal judges to the bench than any of his recent predecessors at the same time.

These are only some of the most striking examples of the tangible impact Trump has had. And it is important to note that all of these moves, while often rolled out erratically, should not have come as a surprise to anyone as all of them were campaign promises made by then-candidate Trump.

Taken together they have already changed how the US is viewed abroad.

"I think Trump has had a very negative effect on American foreign policy and certainly on American soft power around the world," saidJoseph Nye, the eminent Harvard University international relations scholar who coined the term soft power.

Because of its potential long-term negative consequences for international efforts to combat global warming, Nye ranks the US withdrawal from the Paris climate compact among Trump's most damaging political decisions yet.

Meanwhile Washington's exit from the Iran nuclear deal, which has poisoned relations with America's European allies, and the Trump administration's increasingly tough stance versus Teheran are among the most pernicious short-term decisions so far, said Nye. 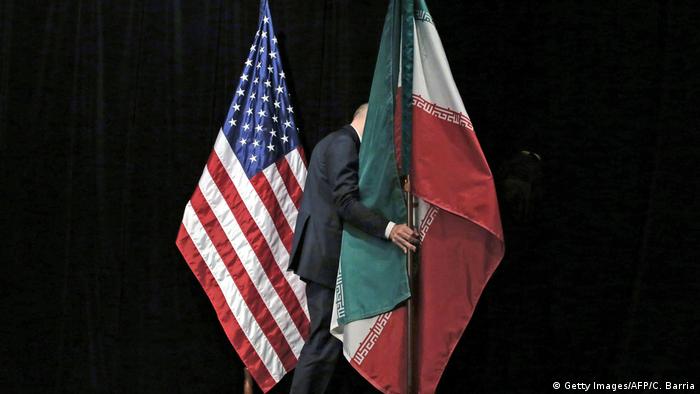 'Nobody as unpredictable as Trump'

Add to Trump's controversial policy decisions his mercurial style and his penchant for speaking falsehoods and he truly is a president in a league of his own, said Nye.

"We have had dangerous and difficult presidents — there is Richard Nixon or Lyndon Johnson. But nobody who has been as unpredictable or as untruthful as Trump."

Trump's first two years in office have proven that he really is an outlier among American presidents, concurred Barbara Perry, director of presidential studies at the University of Virginia's Miller Center.

"I would just say he is the unprecedented president. He is completely off the grid," she said. "He is not like anything we have ever seen."

While the US has seen its share of demagogues, noted Perry, they never made it into the White House, but were prevented to rise to the highest office through the help of the US electoral system, which by design is not a direct democracy.

System failure led to demagogue in the White House

She added that Trump's election — he won the Electoral College tally, not the popular vote — was a worrying sign of system failure.

"The founders wanted the Electoral College to be a check exactly against this kind of person — a demagogue in the White House, in the presidency."

What distinguishes Trump from earlier rabble rousers is his access to and affinity for the internet and social media which allows him to communicate his messages unfiltered to millions of his followers, said Perry who argues that Trump's rhetoric bears parallels to the Nazi propagandist Joseph Goebbels. 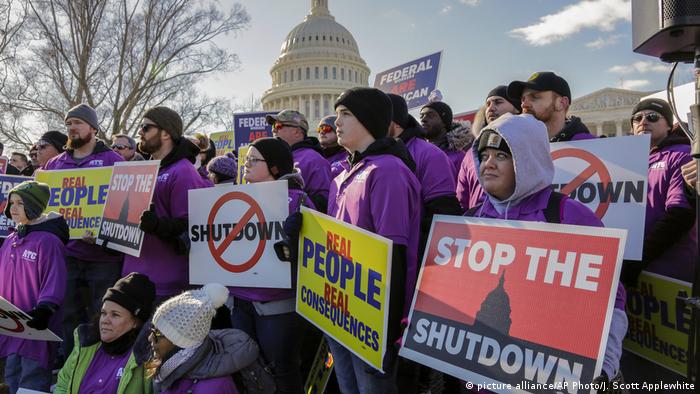 Can the country survive another four years of Donald Trump?

'Not sure we can survive eight years of this'

"He borrows a page from Joseph Goebbels about telling the big lie over and over again in a very effective way," said Perry.

Asked what to expect for the second half — plus another four years of Trump should he get reelected — Nye advised to brace for even more unpredictability and unpleasant surprises.

How Bob Woodward's book Fear is seen in Trumpland

US officials are in China on Monday for the start of fresh trade negotiations. What's on the agenda — and what progress could be made as another deadline looms in the trade battle between Beijing and Washington? (06.01.2019)