A new survey has found rising concerns about climate change, the "Islamic State" and cyberattacks. But more people now see US power and influence as a threat, marking a significant rise from only two years ago. 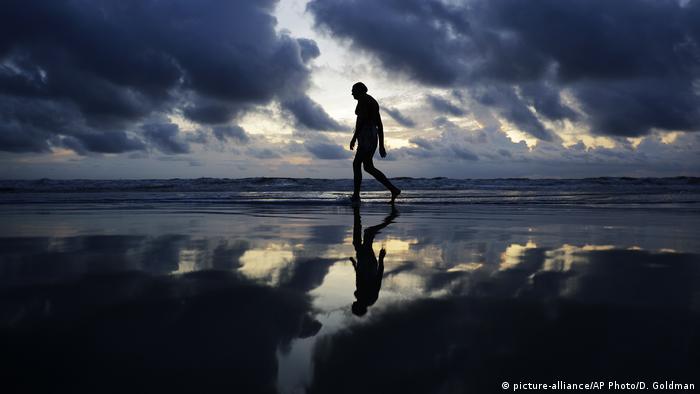 A 26-country survey published on Monday found that a majority of countries see climate change as "the top international threat." Terrorism, especially the kind perpetrated by the "Islamic State" militant group, came up as the second-highest threat, topping security concerns in eight of the countries surveyed in the Pew Research Center study.

China's power and influence was at the bottom of the threat list, which included cyberattacks, North Korea's nuclear program and the condition of the global economy. Meanwhile, compared to similar surveys conducted in 2013 and 2017, more people now believe US power and influence is a major threat.

DW caught up with Jacob Poushter, associate director of the Pew Research Center and lead author of the study, to discuss the findings.

Climate change is viewed as the top threat by the largest number of countries. In the US, which is often considered an outlier on this issue, the perception of climate change has also increased, correct?

More Americans named climate change as a major threat in 2018 than in 2013; in fact, it's up 19 percentage points. It's a growing threat to Americans as well as those in European countries. The difference might be that in the United States, the partisan divide is very large, where Democrats are much more likely to say climate change is a major threat compared to Republicans. There is a gap of 56 percentage points, which is very large.

Even though there are ideological gaps in other countries, the American gap seems to be a particular standout.

Read more: 'The entire economy thrives on the destruction of nature'

Is there something else you would want to point out from your study?

There is also an interesting gender difference, where women are generally more concerned about North Korea's nuclear program, global climate change and ISIS (another name for the "Islamic State" — Editor's note) than are men in many of the European and North American countries that we surveyed.

Also, the threat of a cyberattack is an issue that has been rising in the minds of many people. We saw increases in many countries and worries about cyberattacks since we first asked the question in 2017.

The interview was conducted by DW's Washington correspondent Michael Knigge and edited for clarity.

Nigeria government under pressure over growing threat from 'bandits' 13.08.2022

Nigeria's security forces are battling on several fronts, taking on extremist groups in the northeast, criminal gangs in the northwest and center, and separatists in the southeast. Fear among the citizenry is spreading, as DW's Flourish Chukwurah reports.