The Nord Stream 2 pipeline will drastically increase Russia's energy leverage over the EU. Such a scenario is dangerous for the bloc and the West as a whole, say the US ambassadors to Germany, Denmark and the EU. 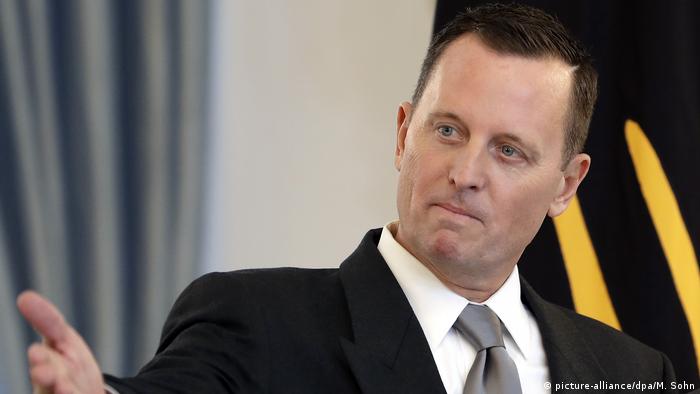 Right now, a dozen European countries rely on Russia for more than 75 percent of their natural gas needs. This makes United States allies and partners vulnerable to having their gas shut off at Moscow's whim. Russian President Vladimir Putin has repeatedly proven his willingness to use Russia's gas supply as a weapon, having blocked the flow of gas to neighbors in 2006, 2009, 2014, and most recently in March of last year.

European Union reliance on Russian gas presents risks for Europe and the West as a whole and makes us all less secure. The Nord Stream 2 pipeline will heighten Europe's susceptibility to Russia's energy blackmail tactics. Europe must retain control of its energy security.

Make no mistake: Nord Stream 2 will bring more than just Russian gas. Russian leverage and influence will also flow under the Baltic Sea and into Europe, and the pipeline will enable Moscow to further undermine Ukrainian sovereignty and stability. 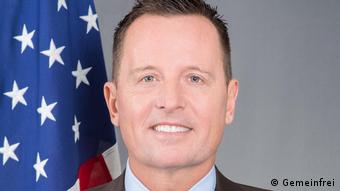 Richard Grenell is the US ambassador to Germany

In exchange, Europe will send billions of euros to Moscow each year, indirectly bankrolling Russian military aggression in places like Ukraine and Syria. It will also fund the Russian troll farms and disinformation factories that target democratic institutions in Europe and the United States. The completion of Nord Stream 2 and the importation of more Russian gas into Europe would help to finance even greater Russian aggression throughout the continent.

We must hold Russia accountable for its malign actions. Twenty-four Ukrainian sailors have been languishing in a Russian prison since November for sailing through the Kerch Strait — a waterway they are legally permitted to navigate. With Russia closely watching for a reaction, allowing Nord Stream 2 to continue being built sends the entirely wrong message at this time.

Germans and others should consider the concerns raised by their neighbors. European opinion on Nord Stream 2 is overwhelming: More than half of EU member states have publicly opposed Nord Stream 2 and the European Parliament voiced their opposition to the project by passing a resolution on December 12, which called on the pipeline to be canceled and condemned it as "a political project that poses a threat to European energy security." In Denmark, the government has shown the right instinct by deciding to thoroughly evaluate the foreign policy and security implications of the project. Foreign Minister Anders Samuelsen's statement that Russian aggression makes it hard to argue in favor of a Russian gas pipeline in Danish waters is laudable.

At the same time, some are pushing a self-serving narrative that it is too late to stop Nord Stream 2. That's just not true. The pipeline is far from completion and even further from becoming operational. Europe still has time to regulate and put a stop to the pipeline, but time is running out. 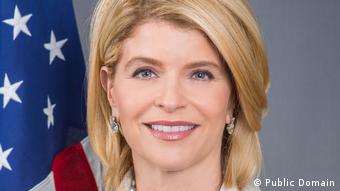 Carla Sands is the US ambassador to Denmark

The EU should revise the Third Energy Package's Gas Directive so that the bloc's laws also apply to projects like Nord Stream 2. Why should non-EU companies, like Gazprom, be allowed to distort competition in Europe's gas market while being held to a lower standard than EU companies? Revisions to the Directive will benefit all Europeans by increasing transparency, bolstering Europe's energy security and improving the business practices of Europe's non-EU gas suppliers.

Read more:The US gas journey, from rigs to riches 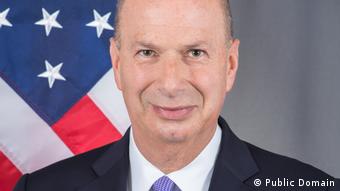 Gordon Sondland is the US ambassador to the EU

Abandoning Nord Stream 2 will not be easy, but doing the right thing is often not easy. Any losses incurred in stopping the project will be repaid with the gain of energy security across the continent. Does Europe really want to increase its dependence on a country that recently deployed chemical weapons in an attempt to kill a political opponent in Europe? One that has invaded and illegally annexed territory from a sovereign country? Or the country that shot down Malaysia Airlines Flight 17 over Ukraine, killing 298 innocent civilians?

European capitals should show that they stand in solidarity with Ukraine and are safeguarding their peoples' energy interests — and help close the book on this ill-conceived project. Europe should not willingly turn over the control of its energy security to an adversary. Turning the project off would send a clear message that Moscow cannot get away with aggression against its neighbors and meddling in our democracies.

The authors are the United States' ambassadors to Germany, Denmark and the European Union.