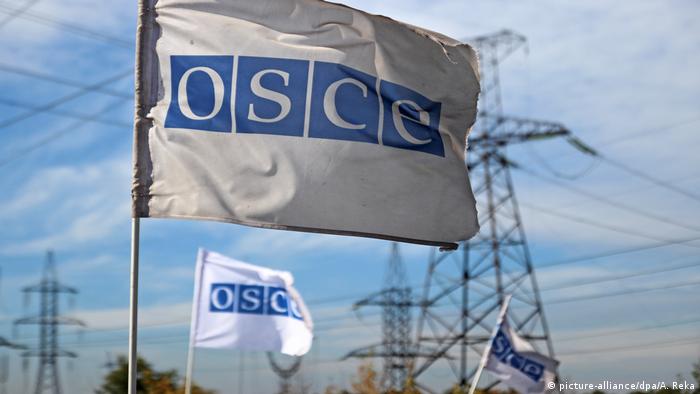 The Ukrainian army and pro-Russian separatists on Tuesday said they had begun withdrawing troops from a key area of war-scarred Luhansk in Ukraine's eastern Donbass region.

Large parts of the eastern Donbass region have been under the control of pro-Russian separatists since April 2014.

"The process of troop withdrawal began by both sides... in the area of Zolote-4," Ukraine's army said on Facebook.

Vladislav Deinego, representative of the separatist self-proclaimed Luhansk People's Republic, also said the troop pullback in the area had begun.

Monitors from the Organization for Security and Cooperation in Europe confirmed the move in a statement.

"Today, the sides have just renewed the disengagement of forces and hardware in Zolote. They launched the white and green signal flares confirming their readiness to proceed."

Ukrainian Foreign Minister Vadym Prystaiko told a news conference in the port city of Mariupol that Kyiv was also ready for disengagement in the Luhansk city of Petrovske.

The troop withdrawal is a major precondition for the first face-to-face talks between Russian President Vladimir Putin and Ukrainian President Volodymyr Zelenskiy, which will be mediated by German Chancellor Angela Merkel and French President Emmanuel Macron in the so-called Normandy format.

The talks, which the leaders hope will achieve a lasting peace in the region, could take place in November, Prystaiko said.

Former comedian Zelenskiy, inaugurated this year, has set ending the five-year separatist conflict in the east of his country as his top priority.

About 13,000 people have been killed in the fighting, according to United Nations estimates.

Ukrainian protesters have accused President Volodymyr Zelenskiy of surrendering to Russia with his plan for local elections in the pro-Russian separatist east. The region has faced five years of violent conflict. (06.10.2019)