Ukraine summit in Paris delayed amid continued bickering | Europe | News and current affairs from around the continent | DW | 21.09.2019

A new Normandy-format meeting to end the war in eastern Ukraine has proven difficult to put together. Breakthroughs leading to peace have been elusive as negotiations have devolved into a political tug-of-war. 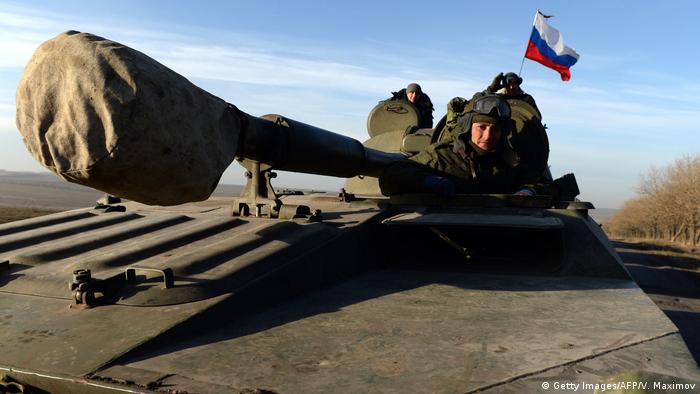 Paris will have to wait. A September Normandy-format summit — between Ukraine, Russia, Germany and France — aimed at ending the war in eastern Ukraine seems increasingly unlikely to happen. That became painfully evident after a contact group meeting this Wednesday in Minsk, Belarus, proved unsuccessful.

Russian and Ukrainian representatives have sought to pin blame on each other for the breakdown of negotiations. Still, Ukraine's new president, Volodymyr Zelenskiy, has signaled that he wants to meet with his Russian counterpart Vladimir Putin, German Chancellor Angela Merkel and French President Emmanuel Macron by the end of the month.

The aim of the meeting will be to find new ideas for restarting the stalled peace process in the coal-rich Donbass region. At issue is how regions currently held by Russian-backed separatists near Donetsk and Luhansk can be brought back under Kyiv's control, and under what conditions.

A Paris summit would be the first such meeting since October 2016. Russia's stance, including its insistence that previously agreed terms be implemented — such as partial troop withdrawals — led to the three-year break. Moscow also used the August 2018 killing of Donetsk separatist leader Alexander Zakharchenko, which the Kremlin says Kyiv was behind, as a reason to put the Normandy-format meetings on ice.

The stalemate has only begun to shift since Zelenskiy's election. The most encouraging signal thus far has been an exchange of prisoners between Russia and Ukraine in early September. After that, details about summit preparations began leaking to the press.

The group's biggest impediment became evident during a phone call between Putin and Macron on September 8, when the Russian leader insisted he would participate in a meeting only if he had, in writing, a promise that negotiations would follow the so-called "Steinmeier formula." He was referring to a 2015 plan put forth by Germany's then foreign minister and now president, Frank-Walter Steinmeier, to implement the unfulfilled terms of the Minsk Protocol signed by both sides in 2014.

Putin's statement set a wave of confusing statements and speculation in motion. Ukraine, above all, had difficulty articulating its position. Increasingly, negotiations ahead of the summit took on the character of a game of political poker — one in which Russia seems to have the better hand.

On Thursday, Putin's spokesman Dmitry Peskov announced that delays in summit preparations were a direct result of Kyiv changing its positions and making new demands. Zelenskiy has also put himself under pressure by promising a quick peace agreement. The conflict continues to take the lives of Ukrainian soldiers on an almost daily basis almost half a year after he was elected.

This much is clear: The Steinmeier formula concentrates on the future status of separatist regions and on elections. In 2014, the Ukrainian Parliament passed a law establishing far-reaching autonomy for parts of the Donbass. It has continued to grant extensions to keep the law in place since then. Yet several measures included in the law will only go into effect after early municipal elections are held. And, as the law states, there are several conditions that must be met before those elections can be held, including the withdrawal of illegal armed groups, the participation of Ukrainian political parties and access for independent Ukrainian media outlets.

During preparatory meetings for the Paris summit, Ukraine agreed that the law would go entirely into effect on the day municipal elections are held. The deal would be contingent upon a final report by election observers from the Organization for Security and Cooperation in Europe (OSCE) declaring the elections free and fair.

Yet a Ukrainian representative at Wednesday's Minsk meeting refused to sign a document stating as much. Speaking with the Ukrainian online media outlet European Pravda on Friday, Ukraine Foreign Minister Vadym Prystaiko explained that the situation arose over a "technical misunderstanding."

Preparing to withdraw troops from the Donbass

The behind-the-scenes wrangling has essentially been over the question of whether Ukraine will give up, or at least soften, its uncompromising stance on the right path forward: cease-fire, troop withdrawal, Ukrainian control over its border with Russia, then elections.

Many experts in Kyiv have cautioned against committing to the Steinmeier formula before the Paris summit. "That could throw things off balance and lead the Ukrainians into a trap during negotiations," as political scientist Volodymyr Fesenko warned during an interview with DW. He says that could lead to protests and cast Ukraine into political turmoil.

His Russian colleague Sergey Utkin, on the other hand, says the Steinmeier formula "is a framework that we have to keep" in order to implement the Minsk Protocol. Utkin, an expert at the Russian International Affairs Council (RIAC), a Moscow-based think tank, says that agreements over security issues could be negotiated after all sides have committed to the Steinmeier formula.

In comparison, the issue of troop and artillery withdrawals appears to be an easier problem to solve. Both sides previously agreed to test the plan at three different sites. The withdrawals were also a condition that Moscow said must be fulfilled before it would participate in a new Normandy format summit.

Such a withdrawal was successfully completed in Stanytsia Luhanska this June. Further withdrawals were supposed to take place in Zolote and Petrivske, yet neither side could agree to the details thereof on Wednesday, despite the fact that the Ukrainian army announced plans to remove all troops stationed along the dividing line. Ukrainian Foreign Minister Prystaiko has said further talks will be held.