From the standpoint of Asian nations, 2017 clearly marks the decline of the United States as the world's preeminent power — and the unstoppable rise of China as a global superpower, says DW's Alexander Freund. 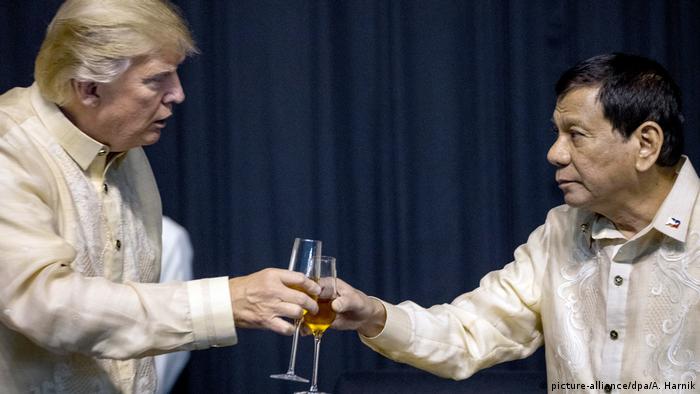 Sorry Mr. Trump, you may perceive it differently, but for Asia you were certainly not the most important political figure in 2017, despite your countless tweets on North Korea and a long Asian tour.

You have undoubtedly grabbed media attention in the region, but this hasn't translated into any meaningful outcome in terms of broadening and deepening US ties to this part of the world.

Your first year in office has brought only ambiguity and instability to Asia. It started with your widely criticized travel ban, barring people from seven predominantly Muslim countries from entering the United States. Then came your recent decision to recognize Jerusalem as Israel's capital. Your aim was to make the US safer with these measures, but you only managed to turn Muslims worldwide, including those in Asia, against you.

It's puzzling why the countries on your travel ban list included Iran, but not Saudi Arabia or Pakistan, which demonstrably promote radical terrorism, or at least tolerate it.

You have also not presented a convincing strategy to deal with Pakistan and, especially, Afghanistan. During the presidential election campaign, candidate Trump vowed to withdraw all US troops from Afghanistan as quickly as possible. But now you even want to ramp up the number of American forces in the war-ravaged nation. You have neither a strategy nor a vision to tackle the situation there. 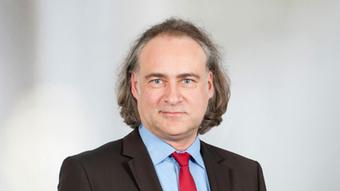 Your administration also hasn't taken any initiative to resolve the Rohingya crisis, which has seen massive atrocities being committed against hapless people and hundreds of thousands of victims displaced. Despite reports of widespread violence and abuse, the White House has remained silent. Even the Catholic Pope showed more compassion and urged for an end to the bloodshed of a people of a different faith.

You also have no strategy to counter the constant provocations emanating from the Kim Jong Un regime in North Korea, except a steady stream of tweets. The stringent international sanctions repeatedly imposed on the isolated East Asian nation have been unable to force Pyongyang to alter its belligerent behavior. Moreover, China and Russia have only half-heartedly embraced your efforts.

Despite your threats, the "rocketman" in Pyongyang has put his country in a position of strength — and in such a way that there is no alternative to holding direct talks. To resolve crises, alliances are needed, not symbolic gestures. And you have failed to forge these alliances.

The uncertain security situation on the Korean Peninsula has offered an excuse for the conservative Japanese Prime Minister Shinzo Abe to tinker with his country's pacifist constitution. It seems that the issue of Japanese trade surplus with the US has been put on the backburner since Abe courted you with "golf diplomacy."

You seem to have forged strange political friendships, like with the Philippine President, Rodrigo Duterte — a self-proclaimed executioner who has engaged in a bloody war, ostensibly against drugs, that has claimed thousands of lives in his country.

The world also saw how closely you were embraced by your "true friend" Narendra Modi, the Indian prime minister, who has nearly as many Twitter followers as you. You haven't been able to settle US-India trade disputes with Modi, but at least you have appreciated New Delhi as a reliable partner, especially in the fight against Islamist terror.

Meanwhile, you have ignored the fact that your true friend Modi and his supporters are responsible for fueling Hindu nationalism in India.

Started as an eagle, ended as a duck

But most interesting was how you positioned yourself in your dealings with China. During the election campaign, you railed against Beijing's unfair trade practices and vowed to put a stop to them, reduce the US' gigantic trade deficit, end China's exchange rate manipulation, impose punitive tariffs and, if necessary, boycott Chinese products. "America First!"

But during your China visit, you caved in as usual, and your quiet criticism was ignored. You only managed to tout a bright future for your two countries and strike a few business deals.  It was no wonder. After all, you were facing the most powerful man in the world, China's President Xi Jinping.

Since he secured his second term as China's leader during the Communist Party congress in October this year, Xi has enjoyed unrestricted political power in his country.

With his "Belt and Road Initiative," the Chinese leader has presented a vision that will benefit China and many other Asian countries. Thus, Xi plans to expand Beijing's clout and position his country as the unparalleled power in Asia in the coming decades. China plans for the long term; you seem to be only interested in managing your Twitter handle.

The Chinese system of one-party state, government-run turbo-capitalism and absolute control is not desirable in any way.  But at least China, unlike the US, has proven to be a reliable partner.

Uncertainty instead of leadership

From the standpoint of Asian nations, 2017 clearly marks the decline of the United States as the world's preeminent power, and the unstoppable rise of China as a global superpower.

With your disastrous policies, you have lost credibility and countless opportunities to positively shape geopolitical events. So Mr. Trump, 2017 was not a really good year either for you or for Asia.