US President Donald Trump has arrived in Japan for a marathon tour of Asia set to be dominated by the North Korean stand-off. He also confirmed talks later this week with his Russian counterpart, Vladimir Putin. 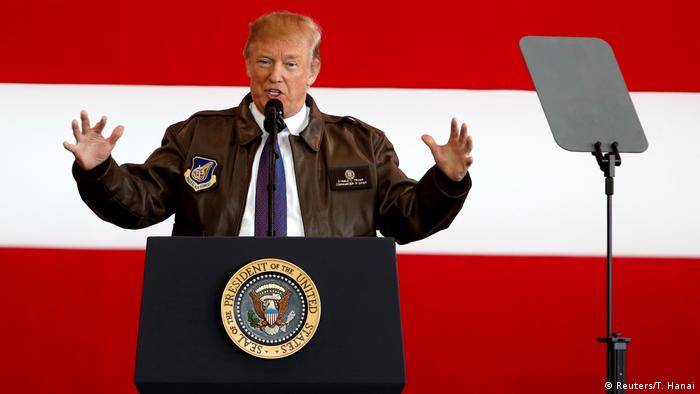 Trump issued a new threat to North Korean leader Kim Jong Un in an address to cheering American troops at the Yokota Air Base, west of Tokyo, early on Sunday.

"No one, no dictator, no regime, no nation should ever underestimate American resolve," he warned Pyongyang, minutes after his Air Force One jet landed at the beginning of a 12-day tour of Asia.

Earlier he denounced the isolated communist state, telling reporters traveling with him that North Korea's nuclear program and missile tests were a "big problem" that "must be solved."

His administration also planned to take a different approach to dealing with the issue after years of what he termed "total weakness."

Trump said that he was expecting to meet Russian President Vladimir Putin during the trip, adding that: "We want Putin's help on North Korea." Russia's RIA news agency had earlier reported that talks were likely to take place.

The US leader also paid tribute to his first-leg hosts, Japan, where authorities have mobilized some 21,000 police officers to help maintain security. 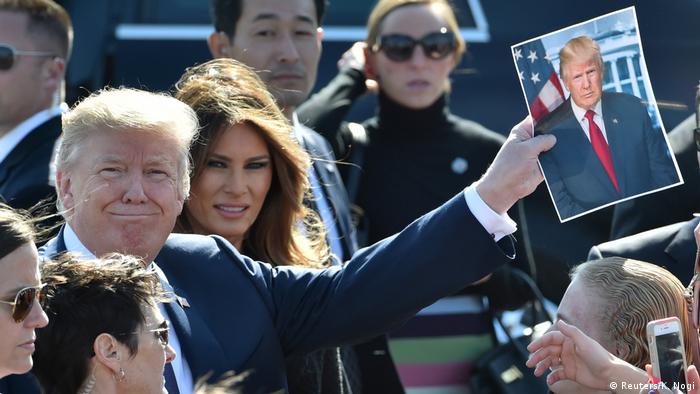 Describing the Japanese as a "treasured partner and crucial ally," he thanked Tokyo for "welcoming us and for decades of wonderful friendship."

The billionaire president was later due to head to a private golf course for an informal lunch and golf with Japanese Prime Minister Shinzo Abe. On Monday. he will meet the families of Japanese nationals abducted by North Korean agents in the 1970s and 1980s.

Trump's Asia trip is the longest by a US president in a generation and will take in China, South Korea, Vietnam and the Philippines. In Beijing, Trump will meet Chinese President Xi Jinping, who has tightened his grip on power, after being handed a second term.

Some analysts have speculated that the real estate mogul's brash style may clash with the traditional, reserved approach preferred by many Asian leaders. Others have questioned whether Pyongyang will use Trump's visit as an opportunity to launch another missile test.

As ever, Trump's off-beat remarks followed him to Asia. Japan's Kyodo News agency cited unnamed diplomatic sources as saying Trump had questioned Tokyo's decision not to shoot down North Korean missiles when they flew over the Sea of Japan earlier this year.

It said the US leader has made the remarks to leaders of South-East Asian countries, adding that he could not understand why a country of samurai warriors did not take more evasive action.

Philippine President Rodrigo Duterte has stressed the need for reaching out to the North Korean leader Kim Jong Un. Duterte also said he would welcome Donald Trump as an "important leader" in his Manila trip next month. (30.10.2017)

Thousands of South Koreans are expected to turn out for demonstrations during President Donald Trump's upcoming visit. Many say the US leader is bringing the Korean Peninsula to a state of crisis. Julian Ryall reports. (30.10.2017)

Donald Trump has stopped in Hawaii to meet with military leaders and visit Pearl Harbor ahead of an 11-day Asia trip. North Korea and trade are on the top of the agenda. (04.11.2017)