Demolition of India's Babri mosque - the 'Hindutva project' 25 years on 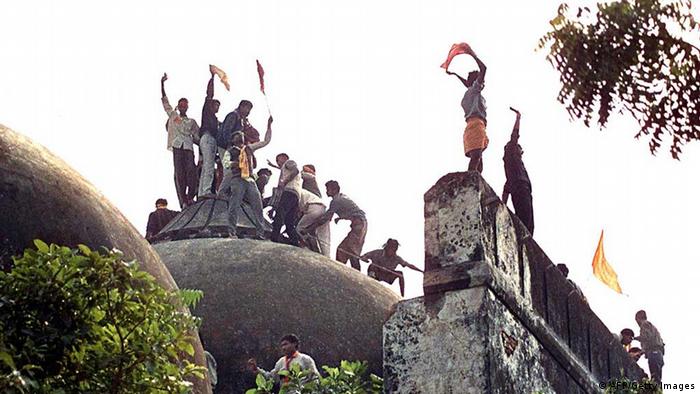 Last month, the Shia Waqf Board (of Shiite Muslims) proposed that the Lord Rama temple be built in Ayodhya while the mosque could be shifted to the city of Lucknow. Not all Muslims favor this proposal.

The Babri mosque dispute remains as polarizing and politically divisive as it was 25 years ago when the 16th century structure was demolished by Hindu activists in the city of Ayodhya in the northern state of Uttar Pradesh. Hindu fundamentalists, as well as some historians, claim the mosque was built on the site of Lord Rama's temple on the orders of Moghul emperor Zahir Uddin Babur. 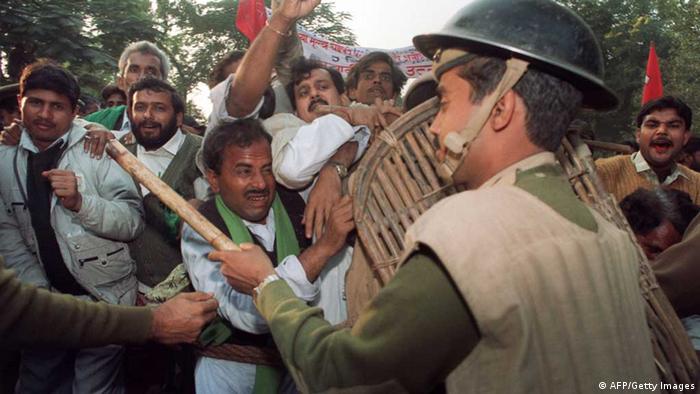 On December 6, 1992, the BJP, the hardline Vishva Hindu Parishad and many of its affiliates organized a rally in Ayodhya. Within hours, over 15,000 Hindu activists, known as "kar sevaks," razed the historic mosque to the ground with axes and hammers.

"I witnessed the demolition. It was meticulously planned. The police stood by silently," Praveen Jain, a photo journalist, told DW.

P. V. Narasimha Rao of the Congress Party was prime minister at the time. His handling of the issue has been widely criticized.

The mosque demolition sparked country-wide violence and communal riots that killed over 2,000 people and shook the secular foundations of the country. Jihadist groups cited the destruction of the mosque as a reason behind the 1993 Mumbai bombings and other attacks in the 1990s.

Batabyal was apparently right in his analysis because the event propelled the BJP into mainstream politics. The party won the general election in 1998 on the slogan of "Hindutva," or Hindu nationalism.

Why was Taj Mahal excluded from Indian tourism brochure?

25 years since the Babri mosque demolition, Hindutva has gained tremendous strength under the leadership of charismatic BJP politician and prime minister, Narendra Modi.

Ram Madhav, the BJP's general secretary, recently said the construction of a Rama temple in Ayodhya is an unfinished business.

Sociologist Indranil Acharya shares the same view: "It has increased tension between the Hindu majority and Muslim minority. In the following years, India witnessed many violent events such as the 2002 Gujarat riots."