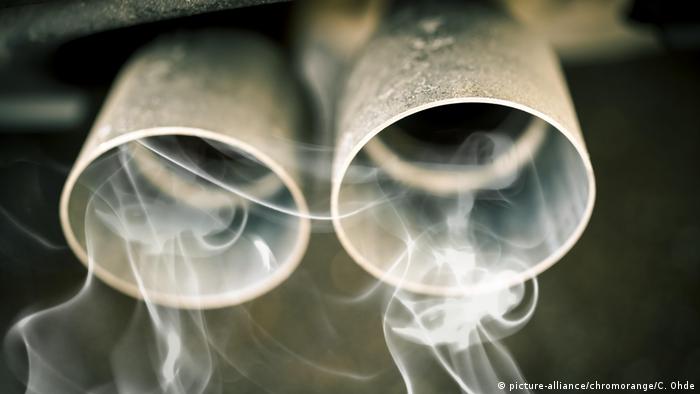 The Dieselgate scandal has reached a climax in recent days. Yet another unknown illegal defeat device was discovered in one of Daimler's Mercedes-Benz models. Then came the news that disgraced former VW boss Martin Winterkorn had been indicted for fraud and false certification.

But as a scandal-plagued industry feverishly tries to recall millions of cars and update emission-cheating software, it's also trying to remove the dark diesel stain from its image by moving toward full electrification.

It appears that Germany's automotive industry might finally have given up on the combustion engine. Critics, however, aren’t so sure.

Yet to come clean

Revelations in 2015 that VW willfully cheated emissions tests to hide toxic nitrogen oxides (NOx) hit the German automotive industry like a bombshell. Yet in the time since, "the car companies have not come clean," according to Benjamin Stephan, a Transport & Climate Change campaigner at Greenpeace.

"They have claimed that they would do everything to reveal all their wrongdoings and make them right again. And in fact they have not," he says.

Stephan and Greenpeace commissioned a report in September 2018 from the German Aerospace Center (DLR) that shows that – if global warming is to be limited to 1.5 degrees as demanded by the UN's Intergovermental Panel on Climate Change (IPCC) – fossil fuel-powered vehicles need to be completely phased out by 2025, or 2028 at the latest.

The drastic recommendation responds to the fact that transport is the only major EU sector in which CO2 emissions have been on an upward trend for decades. In Germany too, transport sector emissions rose by 2.3 percent in 2017, and were 2 percent higher than in 1990. Transport accounts for around 25 percent of total carbon emissions in Europe, and 18 percent in Germany.

But the cozy alliance between Germany's ruling CDU party and the powerful car lobby suggests that the decarbonization of the auto industry in 10 years is unlikely.

When the EU agreed late last year to cut CO2 emissions by 37.5 percent for new vehicles in 2030 (compared to 2021 levels), Berlin lobbied hard for a 30 percent cut. German auto industry group VDA typically called the target "overambitious" — even if the final compromise fell below the Paris target.

Critics like Jürgen Resch of Environmental Action Germany (DUH) have accused Chancellor Angela Merkel of being the "Autokanzlerin" ("auto chancellor," in English). The auto sector accounted for roughly 4.5 percent of the GDP in 2015 at the time Dieselgate began, according to an estimate from Germany’s Federal Statistical Office.

More nefarious collusion between auto industry competitors was also revealed by the European Commission (EC) on April 5 when it sent a "Statement of Objections to BMW, Daimler and VW for restricting competition on emission cleaning technology."

It found in its "preliminary view" that the German automakers "participated in a collusive scheme, in breach of EU competition rules, to limit the development and roll-out of emission cleaning technology for new diesel and petrol passenger cars sold in the Europe Economic Area." The allegation is set to further inflame Dieselgate in the coming months.

"The German government has been slow to recognize the health impacts of its diesel policy," Ray Minjares, who heads the Program on Clean Air at San Francisco-based NGO the International Council on Clean Transportation (ICCT), told DW.

According to the ICCT report, on-road diesel vehicles in Stuttgart, Germany’s auto capital, were responsible for 78 percent of the health burden from transportation emissions in 2015 — higher than any other major world city.

A ban on outdated diesel vehicles soon followed in Munich and Stuttgart, with subsequent bans in cities like Leipzig, Hamburg and Bonn, and even on some autobahns.

Yet implementation is another matter, says Dorothee Saar, who heads Transportation and Air Pollution Control at Environmental Action Germany. "The majority of cities, especially those like Stuttgart, are only focusing on how to avoid the diesel ban, how to get rid of it," she says, noting that the car lobby is instead arguing for extra bus lanes, or against the actual health impacts of NOx, to dilute bans that often only affect a couple of city streets.

Meanwhile, the ongoing "No diesel ban in Stuttgart" protests  — organized by Porsche worker Jannis Sakkaros — in which participants have adopted the same yellow vests as protesters in France, are trumpeting the populist slogan that average citizens, and not the elites, are being made to suffer.

Has Dieselgate turned the tide?

But as emissions cheating scandal continues to escalate, the German auto industry may have reached a tipping point. Both Saar and Stephan agree that grassroots pressure, including the global climate protests inspired by Greta Thunberg, is putting the industry under even more pressure.

Luisa Neubauer, who leads the Thunberg-inspired Fridays for Future protests in Germany — including one in Berlin on March 29 that saw around 25,000 people march in the capital — recently questioned German Economics Minister Peter Altmaier during a debate that was published in Spiegel Online.

"How nice of you to bring up the area of transportation, which produces emissions that are currently higher than in 1990," Neubauer said. "We see that our future is far lower on your priority list than is that of Volkswagen."

One entity that might be buckling under the pressure is the German Federal Motor Transport Authority (KBA), which was accused in 2017 of watering down key passages of its reports on emissions cheating. 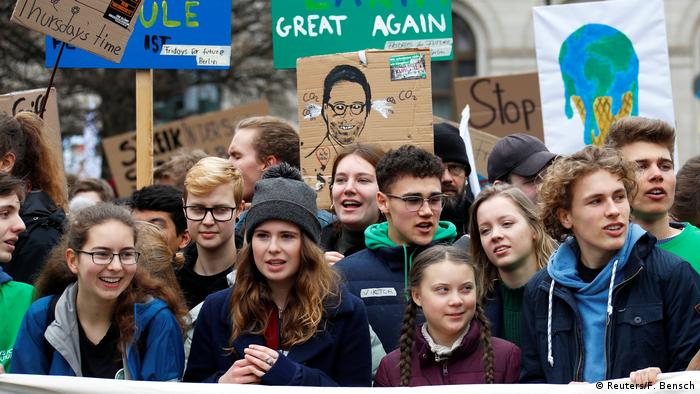 But when the industry regulator uncovered the latest Daimler defeat device deception — as opposed to the journalists and NGOs who tend to act as watchdogs — it was a sign of change, says Benjamin Stephan.

There is now some hope that the KBA has "woken up, or at least they no longer feel like they are an institute servicing the car industry, but are actually a regulator," he says.

And with VW pledging to become one of the world's largest EV producers, and to phase out combustion engine vehicles completely by 2040, Stephan believes the industry is showing real signs of a paradigm shift. "It's way more than a greenwashing scam," he told DW.

Perhaps indicative of this shift, the BMW Group told DW it now "accepts the challenge" of meeting the 2030 C02 emission reduction target. BMW says the success of electro-mobility will depend on a "sustainable incentive system" coordinated by all EU member states.

It is true that in Norway, where fossil fuel vehicles will no longer be sold in 2025, one-third of transportation is already electrified through e-mobility tax incentives and subsidies.

So while Mercedes-Benz announced plans to offer electric versions of all its models by 2022, Dorothee Saar says the industry needs to be pushed further through, for example, the ending of lower taxes for diesel fuel.

But with government and industry having lost so much trust, any mobility revolution in Europe's largest economy might ultimately be up to the people.

The Bavarian carmaker has denied using defeat devices, saying it was a problem of incorrect, unsuitable software in the 750d and M550d models. A class-action lawsuit has been launched in the United States. (30.03.2018)

Motorcycles with swap batteries and buses with solar panels on their roofs: African innovators have been working on ideas that support the climate, the local population and promote the "Made in Africa" brand.

Heavy fog in New Delhi caused the delay of flights and trains, as the Indian capital experiences hazardous levels of pollution. Cars drove with hazard lights on and schools will remain shut.

The EU has banned the sale of cars with combustion engine cars from 2035. The millions of vehicles sold before then face tightened emissions standards.