The UN's scientific body on climate change says the world could still stay below 1.5 C degrees of warming. Although impacts at 2 C degrees are likely to be more serious than anticipated, political action remains elusive. 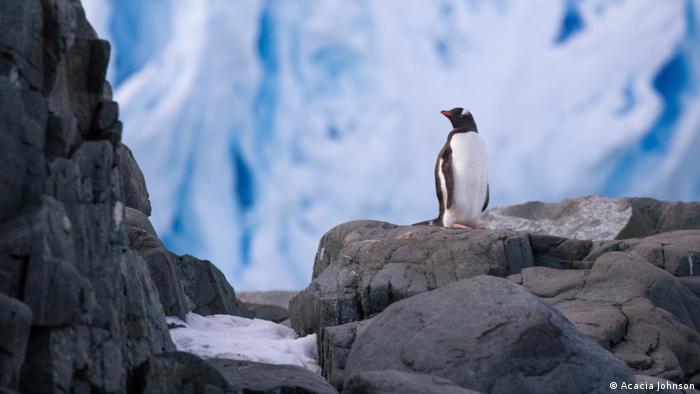 The Intergovernmental Panel on Climate Change (IPCC) has released a highly anticipated report that reveals a glimpse of Earth half a degree Celsius (0.5 C) warmer than it is today; and outlines what we must do to keep the global temperature from rising any higher.

With the 2015 Paris Agreement, the world committed to keeping global warming below 2 C (3.6 degrees Fahrenheit) above pre-industrial levels, and preferably below 1.5 C.

According to the report released early Monday, the difference between these two goals is far more profound than the diminutive difference suggests, and would potentially spare hundreds of millions of people from poverty.

At 1.5 C we can expect to see an ice-free Arctic summer once a century, according to the report. At 2 C, that risk shoots up to once every decade.

Under the 2 C scenario, sea level rise is expected to be 10 centimeters (4 inches) higher than under the 1.5 C scenario.

Human-caused climate change has already warmed the world by around 1 C, and the IPCC stresses how we are already seeing devastating consequences, particularly in the form of extreme weather.

And then there are the coral reefs. Over past years, global warming has ravaged the oceans' richest ecosystems, with bleaching events across the tropics. At 1.5 C, the IPCC reports says, we can expect to lose between 70 and 90 percent of our reefs. But 2 Cof warming would see them virtually wiped out — a loss of at least 99 percent.

"Even at 1.5 C global warming, the poorest people in the Global South will be impacted heavily. Sea level rise and the dying of corals have a huge impact on food security," Sabine Minninger of aid organization Bread for the World told DW.

Minninger has seen first-hand the impacts of climate change on some of the most vulnerable places in the world, including on low-lying island nations like Fiji and Tuvalu, where communities are already being forced to take drastic action — reinforcing coastlines, changing how they grow food and relocating entire villages.

The IPCC report stresses that while global warming of 1.5 C will still entail huge risks, particularly to the world's poorest people, such communities would have a better opportunity to adapt than under 2 C warming.

"The difference of this half degree will make a huge difference for whether people can keep their home or not," Minninger said. "Whether they lose their livelihoods, their land rights, their home, their identity, their culture — or not."

Currently, commitments made by countries under the Paris Agreement are expected to increase global temperatures by around 3 C.

For climate action groups, the implications are clear.

"We still can attain 1.5 C, but the window is closing," Hoda Baraka of 350.org told DW. "To get there, we must keep all fossil fuels in the ground."

IPCC scientists are also explicit that we will need to do much, much more on climate protection to attain the 1.5 C limit.

"Limiting global warming to 1.5 C would require rapid, far-reaching and unprecedented changes in all aspects of society," the IPCC said in a press release.

The report details such changes in energy production, land use, building, transport, industry, and cities, as well as how we produce and consume food. 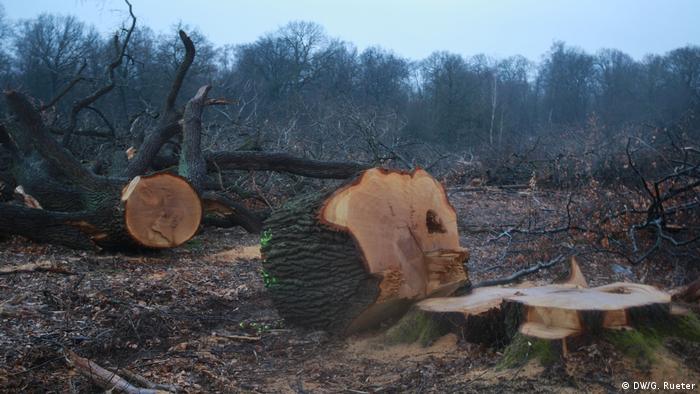 The scenarios set out in the report also rely on so-called "negative emissions" to achieve both the 1.5 C and 2 C goals.

This means removing carbon dioxide from the atmosphere, using technology such as carbon capture and storage (CCS) — which has so far only been used on a small scale and with mixed results — and by restoring forests, which naturally absorb CO2, over immense areas of the planet.

Glen Peters, research director at the Center for International Climate Research, points out that even the 2 C goal has been controversial due to its heavy reliance on removing carbon dioxide from the atmosphere.

"In a 2-degree scenario, in many cases you're already hitting land constraints," Peters told DW. With limited room to upscale negative emissions, the IPCC's strategies for the tougher target of 1.5 C  focus more on emitting fewer greenhouse gases in the first place.

Yet Peters says the technical challenges pale in comparison with the political task ahead, particularly when you look at the current political landscape, with leaders like US President Donald Trump in office.

Engineers can figure out how to remove carbon dioxide from the atmosphere, Peters said. "It's a lot harder to get rid of Trump — or to get India or Brazil, say, to prioritize climate over everything else."

Stephen Cornelius, chief adviser on climate change for WWF, says the difference between the possible and the impossible boils down to political will.

"We need to push governments, so they know this is important, so that they have that mandate to act," he told DW.

The IPCC policy summary also examines to what extent the changes we need to make come in conflict with development and poverty eradication. It admits there are some possible trade-offs, but stresses that for the most part, what's good for the planet is also good for people.

"Limiting global warming to 1.5 C compared to 2 C could go hand in hand with ensuring a more sustainable and equitable society," the IPCC wrote.

In the battle to save threatened species from extinction, a new study has found that keeping climate change under 1.5 degrees Celsius could be key. Global warming will hit hardest those animals we depend upon most. (18.05.2018)