An international day of protests over climate change has taken place in cities around the world. It was designed to coincide with UN talks aimed at breathing life into the Paris Agreement. 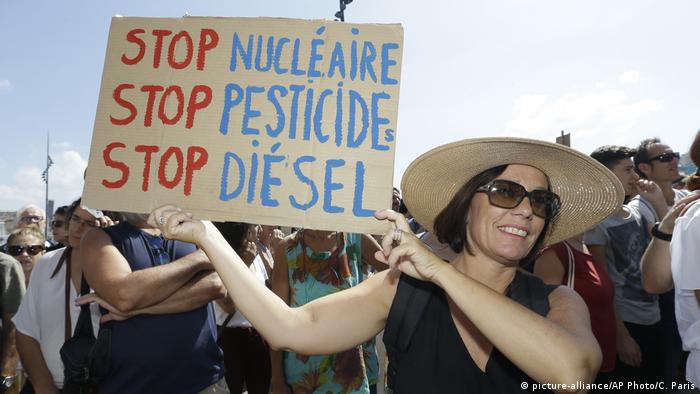 Nearly 1,000 events were held on Saturday in about 100 countries as part of the "Rise for Climate" protests. The organizers called on governments to end reliance on fossil fuels and move more rapidly toward renewable energy.

The protests coincided with discussions in Bangkok that have become deadlocked on a number of issues, with activists demanding immediate action on CO2 emission pledges, among various other things.

The talks are aimed at creating a draft legal framework for limiting global temperature rises that can be presented to ministers and heads of state at a final round of discussions in Karowice, in southern Poland, in December.

A climate summit opens next week in San Francisco after California's governor proposed the event in the wake of President Donald Trump's withdrawal from the Paris climate agreement.

The 2015 agreement was created with a target of keeping global temperatures from rising another degree Celsius between now and 2100.

Achieving the Paris targets set out in 2015 means the world would have to stop emitting greenhouse gases altogether in the next half-century, according to scientists.

The issue of how the fight against climate change will be funded and how it should be made available to developing nations are key sticking points in the Bangkok talks. 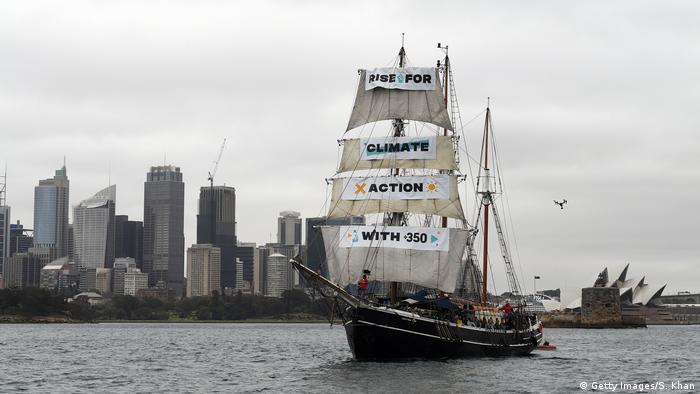 Starting in Australia, a tall ship sailed through Sydney Harbour in front of the Opera House as activists on board held up protest signs.

In Manila, about 800 people, including one dressed as a T-Rex holding a "Go Fossil Free" sign, marched through the streets protesting the country's heavy reliance on coal.

In Bangkok, 200 protesters assembled in front of the UN regional headquarters, where delegates were discussing how to implement measures agreed by world powers under the 2015 Paris deal. Dozens of Thai fishermen and laborers whose livelihoods are threatened by rising sea levels kicked off the day of protests. 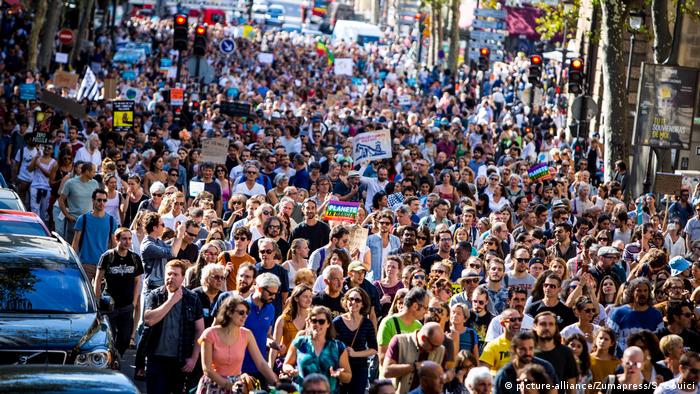 Thousands later marched in Paris, with crowds overflowing a plaza in front of City Hall before marching east to the Place de la Republique.

Organizers in France claimed 115,000 people turned out in what the largest environmental demonstration in the country's history, with 50,000 marching in Paris. The police put the Paris number at 18,500.

The protests followed an appeal on Facebook launched by a man called Maxime Lelong, who described himself as an "ordinary concerned citizen."

"This is the biggest day of climate action in France, it's proof that the citizens are ready to demand commitments from our elected officials after a catastrophic summer when it comes to the climate," said Clemence Dubois, the France campaigner for 350.org.

The front page of France's daily Liberation newspaper featured a call from 700 French scientists for politicians to take action because "solutions are available."

Over 10,000 people turned out in the Danish capital, Copenhagen, while 1,300 rallied in front of the European Parliament in Brussels.