Paris Agreement: What needs to happen for climate action to succeed? | Environment | All topics from climate change to conservation | DW | 06.09.2018

Negotiators are meeting in Bangkok to carry forward implementation of the global climate accord. This weekend, thousands worldwide will take to the streets to put pressure on governments. Time for real climate action? 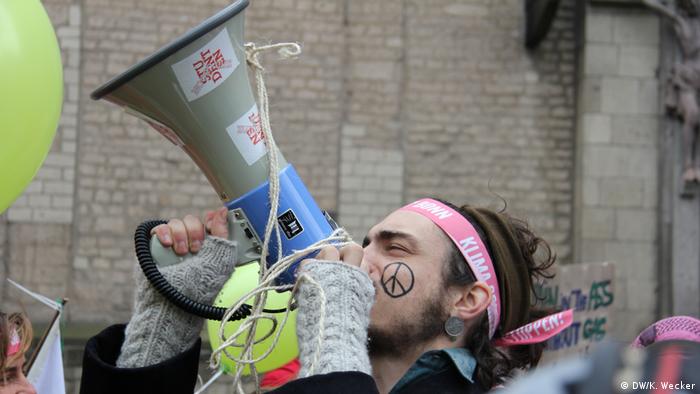 It's pouring in Thailand's capital, Bangkok. Streets are flooded, paralyzing traffic. In the midst of this extreme weather, climate negotiators are trying to define the manual that countries are to use to limit global warming. As nature screams in their faces that "this will be the new normal if you don't act," it remains to be seen if nations manage.

In 2015, world leaders agreed to a global treaty to fight climate change at the COP21 climate conference in Paris. Nearly 200 countries pledged to limit global warming to well below 2 degrees Celsius (3.6 degrees Fahrenheit) above preindustrial levels — or below 1.5 C if possible. Yet, so far, little has been done.

Three years later, they're supposed to make concrete steps. By the end of the COP24 climate conference this December in Katowice, Poland, climate leaders must come up with a set of guidelines for implementation —  a so-called "rule book" —  for the Paris Agreement.

Because time is short, a solid draft must be ready in advance. This is hoped to be the outcome of this week's session (September 4-9) in Bangkok.

As negotiators discuss, tens of thousands of people will take to the streets on every continent on Saturday in the framework of the Rise for Climate event. Citizens are demanding that governments transition from fossil fuels to renewable energy. In San Francisco, possibly the largest-ever climate march is set to take place.

Clear guidelines to limit global warming, along with greater pressure from civil society, could result in a turning point for climate action. For governments, it may just be that the time for excuses is over. 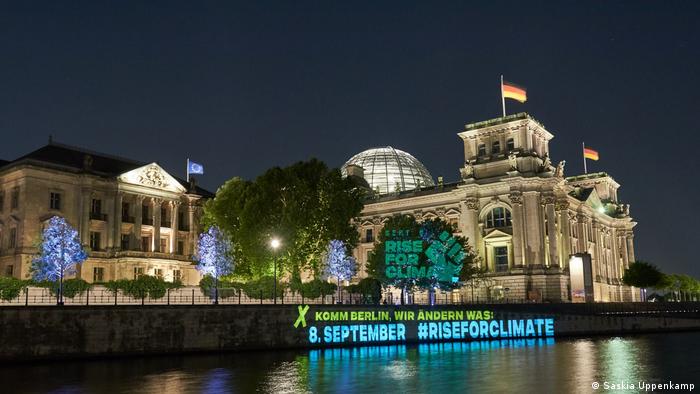 "Paris told us what to do; the rule book will establish how to do it," Yamide Dagnet, head of climate negotiations projects at the World Resources Institute, told DW. The rule book should set out how countries monitor their greenhouse gas emissions and report on their climate change efforts, among the most significant points.

Read more: What you need to know about climate change

The Bangkok session is the last chance to develop a full draft before COP24, after slow progress at a previous meeting in Bonn, Germany, last May.

"In three months' time we will be in Katowice — and frankly, we are not ready," Fiji Prime Minister Josaia Voreqe Bainimarama, who served as president of last year's climate conference in Bonn, said at the opening of the climate talks in Bangkok. "This is not just an additional session. It is an urgent session."

If leaders manage to get the draft ready, they could start working on their policies before Katowice.

Meanwhile, people have become fed up with waiting for politicians to act. They fear for the future — with good reason.

A leaked draft of an Intergovernmental Panel on Climate Change report, scheduled for release in October, shows current pledges to reduce greenhouse gas emissions are insufficient to reach the 1.5 C goal. Worse still, countries are not even on track to achieve the 2 C goal, UN climate chief Patricia Espinosa said last week.

Recent extreme weather events have been the final straw for the public. "Political leaders like [German Chancellor Angela] Merkel and [French President Emmanuel] Macron say they care for the environment, but they don't act consequently," Renee Karunungan, Europe media campaigner with 350.org, told DW. It's time to show them who's really taking action, she added. 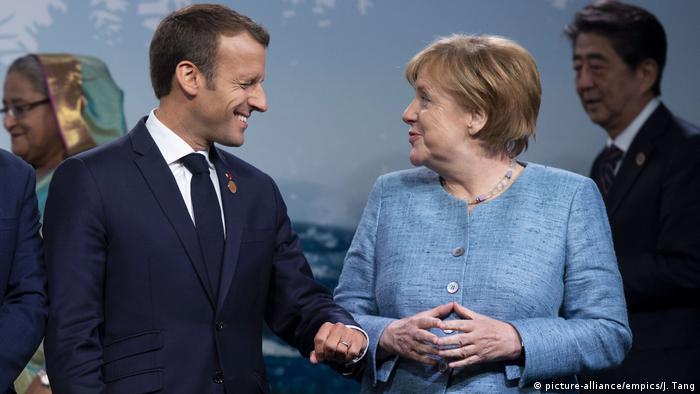 Although Macron and Merkel have long been seen as "green" leaders, their climate credentials have come under fire

Environmental, faith and youth groups, including 350.org, have been organizing the Rise for Climate mobilization. Four days before the Global Climate Action Summit in San Francisco — an event that will bring together businesses, local governments and civil society — more than 500 eye-catching events will be held in at least 80 countries.

A large street mural will color San Francisco. In Manila, people will project holograms of themselves in places they cannot physically reach, making it one of the world's first virtual marches. In Bangkok, activists will gather outside the climate session venue.

The German group Fossil Free Berlin will exhibit burned wood from an area near Berlin affected by recent wildfires in front of the German chancellery. The message is straightforward.

"These scenarios are becoming a bitter reality," Mathias von Gemmingen from Fossil Free Berlin told DW. "It is exactly what climate scientists have been forecasting for decades now."

A push to react

Yet countries are still providing subsidies for fossil fuels. European financial instruments and public banks subsidize gas and oil production to the tune of more than €3 billion ($3.5 billion) per year.

The powerful fossil fuel lobby is accused of exerting influence over governments — it's considered a main reason for governments' apparent lack of political will to take strong action to protect the climate.

Nonbinding climate accords like the Paris Agreement may not change that, since they don't punish countries for breaking promises.

If a binding treaty does that, "[countries] will simply pull out of it, like the United States did," Karunungan said.

But people power could make the difference — after all, politicians depend on people to get elected. People must become "citizen lobbyists," in von Gemmingen's words.

Politicians are also taking action, but not enough is being done by many standards. More than 700 public institutions worldwide have already committed to divest, including local governments. Local and regional governments are pushing for climate protection, while countries like South Africa are moving toward decarbonization. This would not have happened without the Paris Agreement, said Dagnet, head of climate negotiations projects at the World Resources Institute.

The rule book will increase transparency around government actions, and enable citizens to hold governments accountable. Many believe the Paris Agreement rule book, together with a society engaged in climate protection, may finally be a determining factor to limit global warming.

"The mobilization on Saturday is important," Dagnet said. "Let's continue to put pressure to make sure the negotiations deliver the signals we want — and we need to accelerate climate action."

As to the moment of truth? Decisive action needs to be taken by 2020 at the latest, experts say. Five years after the Paris Agreement, countries must up the ambition of their climate goals.

By then, it will be clear for everyone to see whether the climate negotiations have indeed been successful. Countries may not have achieved all of their climate goals by 2020, but they will have had to demonstrate good faith efforts toward that end.