After climate talks in Bonn, many criticize outcomes as weak. Increasingly, concerned citizens see legal action as a path for climate action — a thousand climate lawsuits are currently active around the world. 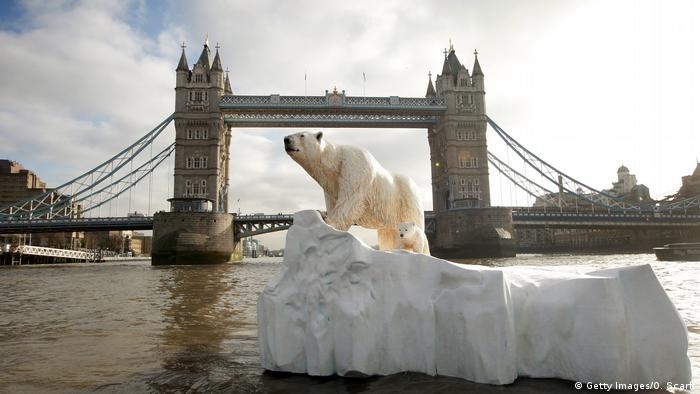 As climate negotiators return home after a two-week "intersessional" climate change conference in Bonn, Germany, their homework is only half finished. The COP24 annual climate conference, scheduled for December in Katowice, Poland, is supposed to decide a "rule book" for implementing the Paris Agreement.

But with so much at stake, there's not nearly enough action, environmental activists say.

There is a lack of political consensus around implementation, and little clarity. Industrial countries lack the political will for climate action; funds are missing for developing countries to adapt to the impacts of climate change; and fossil fuel lobbyists still hold a main seat in the negotiations.

On the bright side, Patricia Espinosa — executive secretary of the United Nations climate change framework — celebrated the success of the Talanoa Dialogue, a tool for inclusivity that has been pushed to the forefront of climate talks.

"Enthusiasm about raising ambition, and working together and uniting efforts … has transpired from this very first phase of the Talanoa dialogue," she said.

Yet concerns loom over implementation of the rule book.

Against this background of bickering, closed-door lobbying and nobody wanting to pick up the tab, climate advocates are turning to suing governments as a solution for change. About a thousand lawsuits are active around the world; whether they will see success is another question.

The stated goal of supporting developing countries with $100 billion per year by 2020 seems unrealistic, while national commitments to reach the Paris goals remain weak — mainly due to a lack of political will.

"We saw a good discussion on [climate change] adaptation funds, but very little engagement of developed countries — with exception of Germany — at last week's Suva Expert Dialogue on how to mobilize funds for loss and damage," said Alden Meyer, director of strategy and policy with the Union of Concerned Scientists.

Questions abound around the Polish presidency, for example in terms of implementing the political phase of the Talanoa Dialogue. Many ask how Poland can promote inclusivity on the one hand while proposing a bill to ban spontaneous protests during the conference on the other.

In terms of lobbying, many groups, political parties and governments supported a conflict of interest policy, which could greatly curb influence of the fossil fuel industry on the climate talks. But the United States, the European Union, Australia and Canada shut that down — again.

Despite this, campaigners remain optimistic. "Global South leaders prevailed in securing a clear path forward for the conflict of interest movement, ensuring the issue will be front and center next year," Jesse Bragg, media director at Corporate Accountability, said.

Tired of slow climate action, citizens are experiencing an awakening — in the courts. Globally, more than a thousand court cases are demanding that governments and greenhouse gas emitters comply with laws to protect citizens.

In the US alone, more than 800 climate court cases are ongoing, a new report shows. Fossil fuel projects have been challenged in court for many years, but only in the past decade has climate change become a primary argument. Most cases are related to emission reductions.

The Swiss group KlimaSeniorinnen is demanding greater ambition for national mitigation targets. In Belgium, the group Klimaatzaak is urging the government to fulfill Belgian climate commitments.

"We don't do it as an act of aggression — as it is sometimes seen in Belgium — but because we're concerned about the risk we're facing," said Serge de Gheldere, initiator and president of Klimaatzaak.

Stakes are high, he added: consequences range from sea level rise that would inundate low-lying coastal areas, to an unmanageable influx of climate refugees.

Not an easy fight

But such court battles are long, and often fail. Environmental groups Greenpeace Nordic and Nature and Youth originally sued the Norwegian state for opening up oil and gas drilling area in the Norwegian Arctic. In January 2018, the court ruled for the government.

However, exceptional cases spread hope. Last year, an Irish court recognized for the first time a "constitutional right to an environment that is consistent with the human dignity and wellbeing of citizens at large," in response to a Friends of the Irish Environment complaint. The environmental group is now back in court, with a new demand.

The 2015 Urgenda case in the Netherlands has so far been the climate's greatest legal milestone.

For the first time in history, citizens were able to hold their government accountable for contributing to climate change. The Dutch government appealed the decision, and this is set for hearing in the Hague in May 2018.

A group of American youths are also carrying forward a groundbreaking case, suing the US government for failing to curb climate change — and in doing so, violating their constitutional rights to life and liberty.

The US government is trying to block this by all means, warning that it could lead "to a constitutional crisis." That case is set for hearing in October 2018.

Regardless of their success, even unsuccessful lawsuits are a step forward for long-term climate action. Particularly the health argument has critical potential in climate litigation, a recent analysis found.

Although the climate talks in Bonn represent a baby step, at least this is in the right direction. COP24 is the perfect moment to step up the momentum around climate action, many say.

"The world will be watching to see if countries are serious about implementing and strengthening the Paris Agreement," Meyer said, adding that "COP24 in Katowice is probably the most critical meeting since Paris."

Espinosa said that despite  difficulties, progress is encouraging. "What I'm hearing and I'm seeing is really a full commitment to finalize the Paris agreement work program by COP24," she concluded.