Poland clamps down on environmental defenders ahead of UN climate talks | Environment | All topics from climate change to conservation | DW | 23.03.2018

Poland clamps down on environmental defenders ahead of UN climate talks 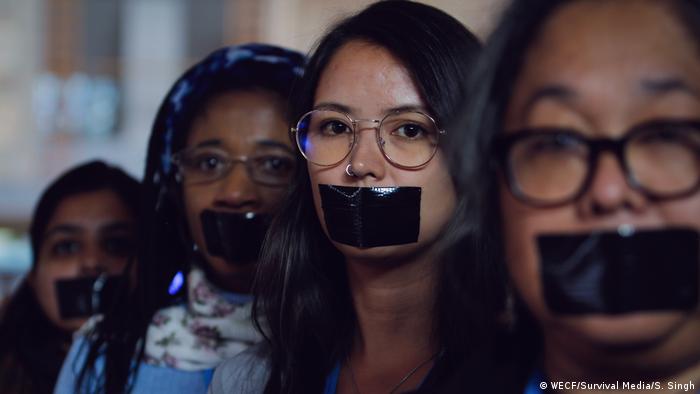 There are still eight months to go until the international community meets for the UN climate talks in Poland's Katowice, but the host is already causing controversy.

Poland has passed a bill specifically for the UN summit which, according to environmental groups, will exclude members of civil society from the Paris Agreement process and endanger activists who have been threatened in their home countries.

Poland's President Andrzej Duda signed the bill at the end of January, but it has gone widely unnoticed by the international community so far. It bans all spontaneous gatherings in the southern coal-mining city of Katowice between November 26 and December 16, spanning the entire period of the annual world climate change conference.

It also submits registered conference participants to government surveillance. It allows authorities and police to obtain, collect and use personal data of attendees without their consent or judicial oversight.

Now, a group of more than 100 environmental, women's and indigenous organizations have signed a statement calling on Poland to repeal the law, arguing that it is a crackdown on human rights.

The bill "is setting a dangerous precedent that undermines basic human rights and fundamental freedoms, particularly including the right to freedom of peaceful assembly, association and of speech, and the right to privacy,"  says the statement published by the Asia Pacific Forum on Women, Law and Development (APWLD).

Poland still allows demonstrations that are registered with local authorities in Katowice before the summit. But it restricts all spontaneous protests, activities and assemblies during the 24th 'Conference of the Parties' summit (COP24). Spontaneous protests are an integral part of every UN climate conference, as here, at COP23 in Bonn.

The world climate summit brings together member states of the UN Framework Convention on Climate Change (UNFCCC) and thousands of experts, businesses and non-governmental organizations.

Alongside the negotiation process, members of non-governmental organizations often stage spontaneous protests to react to and raise awareness of developments at the climate talks.

Patricia Bohland, campaigner at the non-governmental organization GenderCC-Women for Climate Justice and one of those who signed the statement, argues that Poland would be preventing members of civil society from participating in the process if spontaneous assemblies are banned.

"There is a feeling that the law contributes to shrinking spaces for civil society engagement, which is regretful as this year's negotiations will be particularly important for defining rules and procedures for the implementation of the Paris Agreement," Bohland told DW.

"We must not forget that climate change affects people and we, the people, should have the opportunity to raise our voices."

The alliance of organizations and networks who have signed the statement also believes that the bill will endanger some environmental activists.

In some countries, defending land, wildlife or natural resources is a dangerous business. Environmental campaigners in Colombia, Mexico and Tanzania, to name just a few, receive regular threats, get attacked or are imprisoned.

In 2017, at least 197 land and environmental defenders were killed in what was the deadliest year for environmental human rights defenders so far, according to Global Witness.

Under the new Polish law, environmental activists fear that their personal data collected in Poland might be shared for intelligence purposes and expose them to danger back home.

"I have participated and protested at COP before and never felt threatened. I am deeply concerned that environmental defenders from every region of the world who plan to participate in COP24 this year in Poland will face great risks," Alma Sinumlag, an indigenous woman human rights defender from the Philippines, said in a statement.

Sinumlag has received several threats from the Philippine Army because of her work. Once, an army officer called her family to tell them she had died. Campaigners worry that certain groups will not feel safe to attend the summit. International networks like Women in Europe for a Common Future (WECF) even advise some of their activists to stay at home if  the law is not repealed.

"We would clearly advise some of our partners who come from regions where there is already a threat to their lives not to attend COP24. But this means that you lose essential voices in this process," Sascha Gabizon, Executive Director of WECF, told DW.

The group of environmental organizations who have signed the statement call on the international community to take action against Poland's COP24 law.

"Poland has signed all these international agreements. We think it's essential that there is a lot of pressure from EU member and UN member states to repeal the law. It would set a terrible precedent if this is allowed to go on," said Gabizon.

Ganizon even questions whether UN climate talks should take place in Katowice at all if Poland does not withdraw the bill.

"The UN stands for human rights defense. They should not hold this event in Poland if the Polish government cracks down on basic human rights,” she said.

It won't be the first time that Poland has restricted the right to protest. In October, Amnesty International called on Warsaw to respect the right to free assembly, alleging Polish police and justice authorities suppressed anti-government protesters. 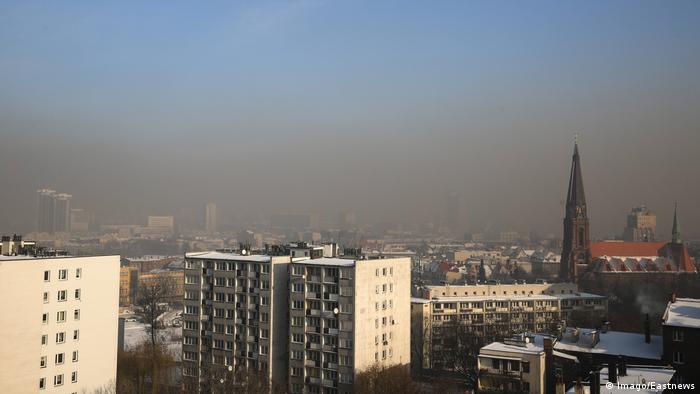 COP24 will be held in the coal mining city Katowice, Europe’s most polluted town

Since the ruling Law and Justice (PiS) party assumed power in 2015, Poland has repeatedly been criticized for weakening the rule of law. The European Commission recently threatened Poland with sanctions if it  refuses to roll back reforms that threaten judicial independence.

Poland is also in hot water with the European Court of Justice over logging in Bialowieza, Europe's last remaining primeval forest, where activists and police have regularly clashed.

Observers believe that Poland has passed the COP24 law to avoid any unwanted protests.

"There are several ongoing environmental disputes in Poland, there's the Bialowieza forest and the coal mines in Katowice. We can only speculate, but that could have been a reason for the law, to avoid protests," Todor Gardos, researcher at Human Rights Watch, told DW.

He is not very optimistic that the government will repeal the bill.

"I'm really worried. I mean, why would they change this law? They are so committed to keeping all the other laws that are criticized internationally," he concluded.

The opposition dismissed the changes as "a lie" and warned the EU against accepting the "cosmetic changes." The ruling Law and Justice (PiS) party had resisted any concessions for months before Thursday's announcement. (22.03.2018)

Nowhere in the EU is smog more suffocating than in southern Poland. This year, the polluted Polish mining city Katowice will host the COP24 climate conference. Ahead of that, change is in the air — and on the ground. (02.01.2018)

If leaders at the Stockholm +50 summit want to make good on its theme of a "healthy planet for the prosperity of all," they need to swap fossil fuels for clean energy, says Bhavreen Kandhari.