From California to Cape Town, from Oslo to the Solomon Islands — local and regional leaders around the world are stepping up their game to fight climate change. Cities will be decisive in limiting global warming. 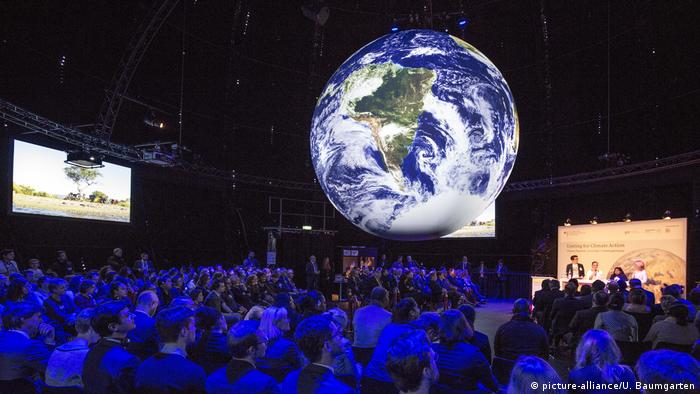 Although the Paris Climate Agreement was signed by national governments, mayors and regional leaders are increasingly taking the lead in implementing measures to keep global warming below 2 degrees Celsius (3.6 degrees Fahrenheit).

At the forefront of this effort is an alliance of cities, states and businesses from the United States. After President Donald Trump announced in June he would withdraw the US from the Paris Climate Agreement, mayors, governors, university professors and CEOs from across the country have publicly confirmed their commitment to the international climate deal.

At the UN climate conference in Bonn, the coalition under the banner America's Pledge: We Are Still In has published a report outlining the scale of their action to fulfill the goals set out under Paris Climate Agreement: to reduce emissions by 26 to 28 percent below 2005 levels by 2025.

Although these alternative US climate commitments are not an official part of the Paris Agreement, former New York City Mayor Michael Bloomberg, who is spearheading the America's Pledge initiative together with California's Governor Jerry Brown, says he hopes the international community accepts this pledge alongside the nationally determined contributions of other countries.

"In Paris, the US pledged to measure and report our progress reducing emissions," Bloomberg said at the summit in Bonn. "Through America's Pledge, we're doing just that, and we're going to continue to uphold our end of the deal, with or without Washington." 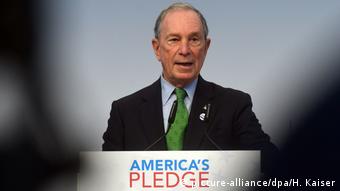 The cities, states and businesses participating in the initiative represent more than half of the US economy and population. If this group were a country, it would be the third largest economy in the world — and the fourth largest polluter.

The international community at COP23 has welcomed the pledge.

"This initiative shows that the campaign for climate action in America remains strong," Fiji's Prime Minister Frank Bainimarama said, speaking in his role as president of this year's UN climate summit.

"I also hope that it is a model that can be followed elsewhere in the world," he added. "The governments alone can't do all the things necessary to beat climate change. We need everyone."

Local and regional leaders in the US aren't the only ones stepping up in the fight against climate change. Mayors from every continent of the world gathered in Bonn to exchange ideas and best practices to reduce greenhouse gas emissions.

Cities have a key role to play in meeting the Paris climate goals, experts say. Urban areas are responsible for 70 percent of global greenhouse gas emissions from fossil fuels used for energy and transport.

More than half of the global population lives in cities. By 2050, two out of three people could be calling a city home. Considering this development, mayors acknowledge it's time to reinvent metropolises as resilient, low-carbon societies.

Celestine Ketcha Courtes, mayor of the town of Bangagte in Cameroon, says there's no time to lose. "We are growing fast. In the coming years, Africa will triple while the rest of the world will double," she said at a press conference at the summit, referring the rapidly growing global population. "That's why we need to work now on sustainable solutions." 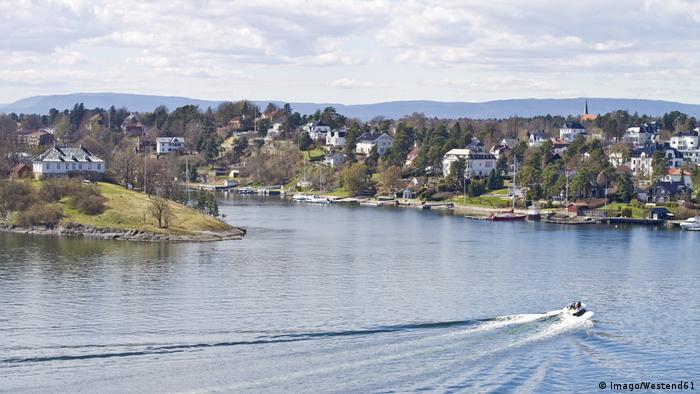 Oslo, the European Green Capital in 2019, is among cities at the forefront of local climate action

While national governments introduce laws and regulations to fight climate change, it should be mayors who take the lead in transforming cities, Courtes argues. "They know best what works on the ground and what not."

Almost 6,000 kilometers (3,700 miles) from Bangagte, the mayor of Norway's capital Oslo is already living this bottom-up approach. The Scandinavian country's national government has introduced subsidies for electric vehicles — but it was local action that made Norway a global leader in e-mobility.

"In Oslo, e-cars have access to bus lanes, we have installed more than 1,300 charging stations and free parking in the city center," Oslo's Mayor Raymond Johansen said at a COP23 press conference.

Oslo aims to halve its CO2 emissions by 2020. National goals are less ambitious. The Norwegian government wants to reduce greenhouse gas emissions by 40 percent, by 2030.

Johansen says cities can be role models for the rest of their countries: "We can do a lot on a local and regional level to push the national government in the right direction."

Oslo is one of 7,400 cities from 120 countries that have made voluntary commitments to take significant action on climate change, under the Global Covenant of Mayors for Climate and Energy. 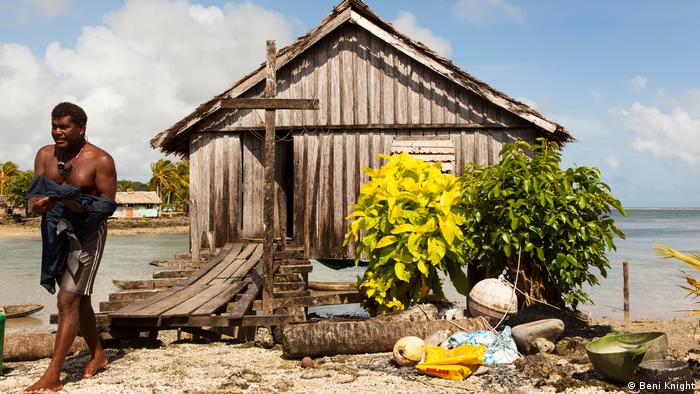 Houses on the Solomon Islands are built right by the ocean, like this prayer chapel — making them vulnerable to rising sea levels

The initiative has calculated that together, these cities can reduce their emissions by nearly 1.3 billion tons of CO2 per year by 2030. That's more than countries like Japan or Brazil emit.

The covenant is one of many recently formed networks of local and regional leaders. The Front-Line Cities and Islands network, for example, is designed to help island towns and cities draw on experience from other urban areas and gain access to innovative solutions.

Andrew Mua, mayor of Solomon Islands' capital of Honiara, has joined the network. His home is already experiencing the impact of climate change. Several of the country's atolls are being inundated by rising sea-levels. Seawater is penetrating fresh water reserves and damaging food crops.

Mua's priority is to adapt to this rapidly changing environment. "We build walls as a buffer against the rising tide and waves. We are also starting to look to resettle people from the small islands," he told DW.

The Pacific island mayor hopes to learn from his colleagues around the world, and use the platform to highlight the urgency of the fight climate change.

"I look forward to working with the other mayors to see how we can reduce emissions and live within the 2 degrees," Mua said. "Alone we can't do it, but globally we can."