US governors, mayors and business leaders have come to the UN climate summit in Germany to show they care about saving the planet. They say President Trump's climate inaction is a slap in the face to the American people. 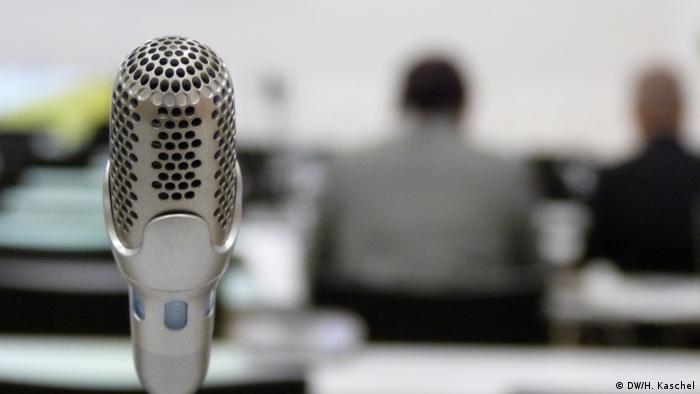 Following the US government's decision not to open a pavilion at this year's UN climate summit in Bonn, a coalition of American governors, mayors, CEOs and religious leaders opened an unofficial pavilion under the banner "America's Pledge: We Are Still In."

US President Donald Trump announced earlier this year he will pull the country out of the Paris Agreement. The process of leaving, however, will not be completed until November 4, 2020 - the day after the next US presidential election. So Trump still sent a small group of negotiators to the Bonn summit, where delegates are devising the rules for the Paris Agreement.

But for the first time, the US government declined to set up a presence in the pavilion zone at the summit, where countries and international institutions typically set up facilities showcasing their climate action. Other developed countries such as China, France, Korea, Japan and the United Kingdom all have pavilions.

The unofficial "US Climate Action Center," a large inflatable complex that resembles a cluster of giant igloos, is set up between the Bula Zone, where negotiators are meeting, and the Bonn Zone, where the other nations' pavilions are located. It is the largest pavilion at the summit.

'I don't think the US will withdraw'

Jim Brainard, the Republican mayor of Carmel, Indiana, who is a frequent guest on the American talk show circuit, opened the center today by saying it reflects the true voice of the American people. 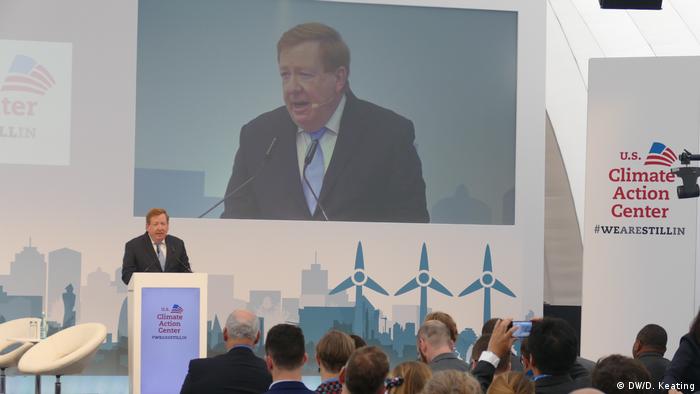 Brainard: "The people of the United States are coming together and making their position known"

"The US as a country, like all countries, is made up of the people who live there," he told DW. "And this pavilion has representatives from every segment of our society. So I don't know how it could be more 'official.' It's unfortunate that the federal government isn't putting more effort into this meeting, but the people of the United States are coming together and making their position known."

"I think it's a probability that the US won't withdraw," he added. "But even if it were to, the goals that the US has pledged in the agreement will be met. Because the US is not a centralized hierarchical government. It's a government from the bottom up. [There're] cities and states from across the country that take our leadership position seriously and will meet our goals at the local and state level."

The We Are Still In coalition was launched in June by 1,200 leaders from local governments, businesses, universities and academia. The list of signatory leaders has since doubled in size. It includes 15 out of the 50 US governors and 300 mayors, both Democrats and Republicans.

It also includes the heads of almost all major US universities, and companies such as Walmart, Google and Mars. They have pledged to implement policies to deliver the US to its Paris Agreement target of reducing emissions by 26 to 28 percent by 2025, based on 2005 levels. 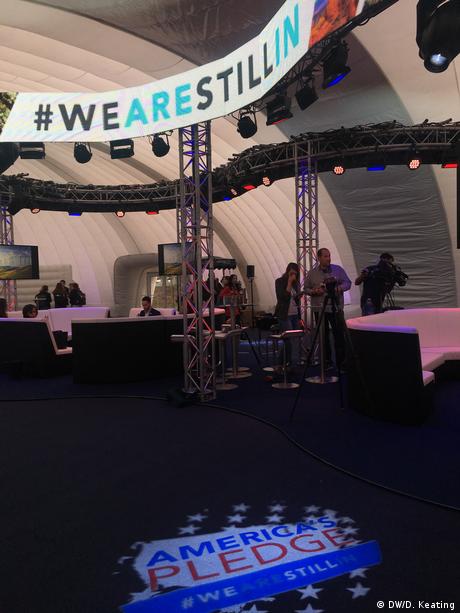 "Our delegation of over 100 US leaders has come to Bonn to tell the real story of America's enduring commitment to the Paris agreement," said Lou Leonard, vice president of the World Wide Fund for Nature (WWF).

The US government has registered only 48 people for its official delegation to attend the summit, compared to 161 for Canada. According to sources at COP23, less than ten US delegates have arrived so far.

An official at the US state department told DW that the government had "determined that a pavilion was not necessary to fulfill the administration’s objectives at the COP."

She said the government does not oppose the rival US pavilion.

"This administration believes in cooperative federalism, and therefore is supportive of states and cities making their own choices within their respective borders." She added, however, that  "these officials are not part of the official US delegation and will not participate in negotiations at the COP."

Jeff Moe, global director for product advocacy at Ingersoll Rand, a Fortune 500 industrial manufacturing company based in North Carolina, said at the opening of the "US Climate Action Center" that his company has pledged to reduce the carbon footprint of its product portfolio by 50 percent, and of its manufacturing by 35 percent, by 2020. He said the change in US administration has not changed his company's priorities.

"We're not changing our strategy because there's a different administration," he said. "It's the right thing to do as a business."

The US state of California , which would be the sixth largest economy in the world if it were a country, is heavily represented in the coalition. 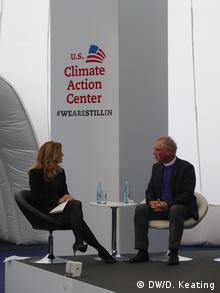 Bishop Marc Andrus, head of the Episcopal Church in California, is a 'We Are Still In' delegate in Bonn

The state's governor, Democrat Jerry Brown, who is spearheading the America's Pledge initiative with former New York City Mayor Michael Bloomberg, will arrive in Bonn on Saturday. He will present a report about what the cities and states have accomplished so far, and what they can accomplish by 2025.

Bishop Marc Andrus, the head of the Episcopal Church in California, said at the pavilion that Trump's decision has provoked a backlash among the American public. "I think Trump didn't expect that his decision would birth this incredible grassroots movement," he said.

Ricardo Lara, a California state senator representing the Los Angeles area, put it more bluntly. At the pavilion opening ceremony, the Democrat told the audience: "On behalf of the California delegation, we bring you greetings from the official resistance to the Trump administration."

Syria and Nicaragua have reversed their 2015 decisions not to join the landmark climate accord. With the US saying it wants to withdraw, Washington is set to cut a lonely figure on the world stage in the next few years. (08.11.2017)

On World Environment Day, US governors, mayors and business leaders have promised to uphold the Paris climate deal even if Washington won't. The US Climate Alliance is attracting members from across the country. (06.06.2017)

Global Talk - Can Business Save the Climate?