Syria and Nicaragua have reversed their 2015 decisions not to join the landmark climate accord. With the US saying it wants to withdraw, Washington is set to cut a lonely figure on the world stage in the next few years. 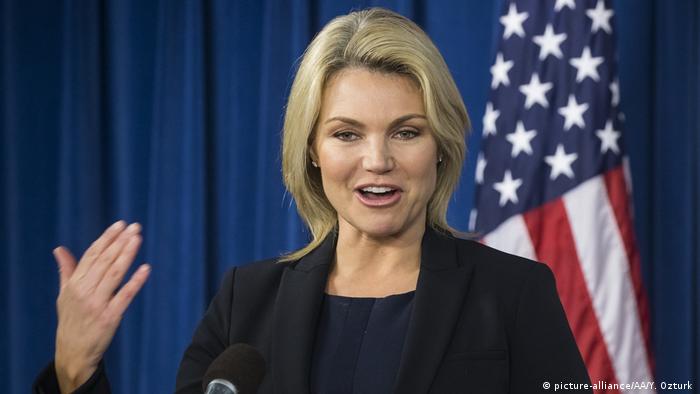 The US ridiculed Syria for joining the 2015 Paris climate agreement on Tuesday, hours after Syrian representatives announced the country's decision at UN climate talks in Bonn, Germany.

"I find it ironic that the government of Syria, OK, would say that it wants to be involved, and that it cares so much about climate and things like CO2 gas," US State Department spokeswoman Heather Nauert said.

In a reference to the Syrian government's use of chemical weapons against civilians, she added: "If the government of Syria cared so much about what was put in the air, then it wouldn't be gassing its own people."

Syrian Deputy Environment Minister Wadah Katmawi had told delegates from over 200 countries in Bonn on Tuesday that his government would be the 197th country to join the 2015 accord.

The war-torn Middle Eastern country, along with Nicaragua, had opted against signing the agreement in Paris in December 2015. Nicaragua reversed that decision in October.

Although the US is still a signatory, President Donald Trump announced in June that the country would withdraw from the agreement because it did not, in his view, serve US interests.

But Washington can only submit a withdrawal request three years after the deal entered into force on November 4, 2016.

If the US does pull out, it will be the only country not party to a deal designed to limit worldwide global warming emissions to under 2 degrees Celsius (3.6 degrees Fahrenheit).

Nauert said on Tuesday that a US delegation would travel to Bonn next week, but strongly reiterated the US' intention to back out of the agreement and seek a "more favorable deal."

"If we can get a more favorable deal for American businesses, American workers and taxpayers, then we will look at that. But we continue to go forward with the plan of pulling out."