Governments are not keeping their promises when it comes to funding climate protection and everyone will suffer for it. The problem comes down to a lack of "strong leadership," UN chief Antonio Guterres has said. 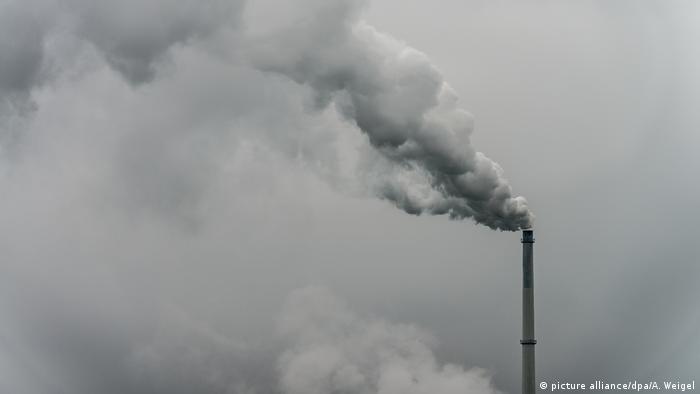 Fending off the worst effects of climate change is going to take the money countries have pledged but not delivered, French President Emmanuel Macron said on Wednesday, urging world leaders gathered in New York to significantly increase funding for climate action.

Speaking at the second One Planet Summit — launched by the French president last year to hasten the implementation of the 2015 Paris global climate accord — Macron said leaders had to be accountable for climate change action.

"So governments, the World Bank, all the development banks, business leaders and investors, it is our job. Everybody is waiting for us and everybody today wants us just to accelerate," Macron said.

"We have to shift one-third of the global financing to the financing of climate change and new climate action," he added.

"Recent negotiations in Bangkok on the Paris Agreement's implementation guidelines made some progress, but not enough," Patricia Espinosa, the executive secretary of UN Climate Change, said on Monday. "Nations are not living up to what they promised."

About 30 presidents, prime ministers and ministers were attended the summit, which coincides with the 73rd session of the United Nations General Assembly, including representatives from Spain, Denmark, Norway, China, as well as from small Pacific island nations who in particular feel the impacts of rising oceans.

Speaking at the UN General Assembly meeting, UN Secretary-General Antonio Guterres echoed Macron's concerns over climate change and said unless current emission trends for greenhouse gases are reversed by 2020, it will be impossible to keep global warming below 1.5 degrees Celsius (2.7 degrees Fahrenheit).

That target was set in the 2015 Paris Agreement, but according to the UN, government commitments have so far only achieved a third of the emissions cuts needed.

"Why is climate change faster than we are?" Guterres asked. "The only possible answer is that we still lack strong leadership to take the bold decisions needed to put our economies and societies on the path of low-carbon growth and climate-resilience."

The UN chief urged governments to end fossil fuel subsidies, help move towards renewable energy and back a price for carbon emissions that reflect their actual cost. Climate-related disasters cost the world $320 billion (€273 billion) last year, Guterres said, a figure that is likely to increase as the planet gets warmer.

But despite fewer leaders participating in the 2018 summit compared to last year, some businesses and governments used the summit to announce initiatives to battle climate change.

BlackRock, the world's largest asset manager, said it would help structure a climate fund for investment in green sectors such as renewable energy and low-carbon transportation across Latin America, Asia, and Africa.

The French and German governments and large philanthropic organizations, including The Hewlett Foundation, pledged initial funds to the Climate Finance Partnership, which organizers said would be set up next year.

The World Bank, which lends money to developing countries, announced a platform to pledge $1 billion toward developing battery-storage technology.

Google announced the launch of a tool to generate data on greenhouse gas emissions from road traffic and on the solar capacity of cities, which it captures through its mapping service Google Earth.

Despite a number of announcements and summits — including in Bonn in May, and Bangkok and San Francisco this month — action on the issue of climate change is facing some roadblocks.

In June 2017, US President Donald Trump announced the United States would pull out of the Paris agreement effective November 2020, and other countries have also put climate change on the back burner.

In Brazil, right-wing presidential front-runner Jair Bolsonaro has said he would also pull the country from the Paris accord if he is elected.

The Paris Agreement also required that rich countries establish an annual $100-billion fund to help developing nations respond to climate change, but so far only $10 billion has been gathered. The US alone had promised $3 billion and only gave $1 billion under Obama.

The next UN negotiating summit, COP24, will take place in December in Poland, but preparatory meetings have ended in deadlock.

What economic value do forests have?