The compromise was slightly lower than the 40 percent cut pursued by the EU parliament. Germany's auto industry has warned that the move could damage Europe's standing in the auto market and endanger jobs. 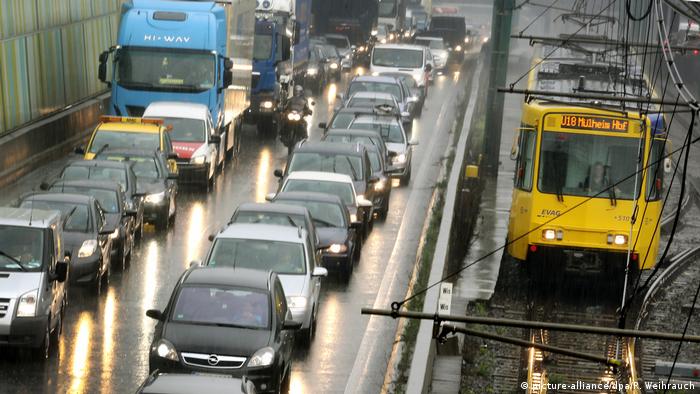 The EU agreed on Monday to cut carbon dioxide (CO2) emissions from new cars by 37.5 percent by 2030.

The deal represents a compromise, as Germany sought a cut of 30 percent and the European Parliament had pursued a reduction of 40 percent.

Austria, which currently holds the rotating EU Council presidency, made the announcement just two days after the COP24 summit concluded in Poland, where reducing emissions featured as a sore point for the participating nations.

Vehicle exhaust fumes make up a large share of the emissions linked to climate change.

EU member states have been divided for months over cutting CO2 emissions from vehicles. Car-producing nations such as Germany and others, such as Netherlands and Denmark, sparred over how strict the limit should be.

"With this legislation in place, we are setting the right targets and incentives to tackle emissions from the transport sector," said European Commissioner for Climate Action and Energy Miguel Arias Canete.

"It will help our industry to embrace innovation towards zero-emission mobility and further strengthen its global leadership in clean vehicles."

German carmakers decried the EU's 2030 target, calling it restrictive and unrealistic. "The regulation demands too much while promoting too little," the German Association of the Automotive Industry (VDA) said in a statement.

"Nobody knows today how the agreed limits can be achieved in the time given," the VDA added, noting that nowhere else in the world had such strict regulations.

The association also warned that the move would damage Europe's standing in the international car market and endanger jobs.

The 2030 target will apply to car manufacturers' fleets as a whole, meaning that high-emission models would have to be offset with sales of low-emission or zero-emission vehicles, such as battery-run cars.

As a result, car manufacturers will face the challenge of having to sell an ever greater proportion of clean vehicles, as compared to diesel- and petrol-powered cars.

The European Commission overreached its authority by loosening emissions standards, a court ruled. Paris, Madrid and Brussels argued they could not enact clear air standards if the Commission's plan stayed in place. (13.12.2018)