Global temperatures could rise by 3 degrees Celsius or more by 2100. A study released at the COP24 climate conference blamed rampant use of coal and oil for the increase beyond the limits set by the Paris agreement. 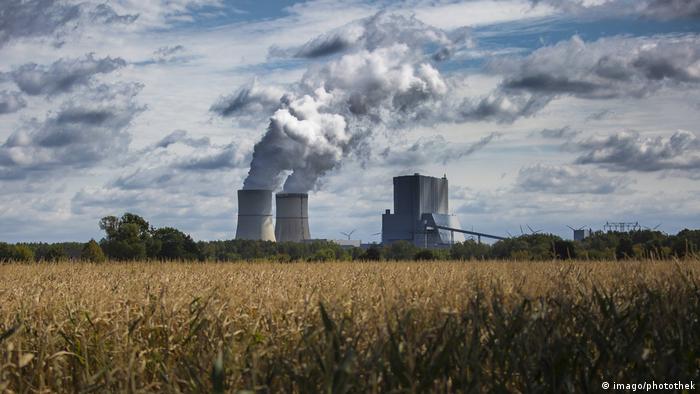 Global carbon dioxide emissions will rise to historic levels in 2018, according to a study released Wednesday in conjunction with the COP24 climate conference in Katowice, Poland. The news marked the second year of increases after a relative lull from 2014 to 2016.

The Global Carbon Budget 2018, released by the Global Carbon Project, found that the widespread use of coal — as well as more cars and trucks being out on the streets — are behind the uptick in carbon emissions.

Rising carbon dioxide levels are "pushed up mainly by coal use, but also by rising oil use in transport," lead researcher Corinne Le Quere of the University of East Anglia in England told DW. "Almost all countries are contributing to the rise, either by rising themselves or by decreasing less than expected."

In total, global emissions from fossil fuels are predicted to reach 37.1 billion tons of CO2 in 2018, a 2 percent increase from 2017. The researchers also warned that the goals agreed upon in Paris in 2015 are now next to impossible to reach, and the world is looking at a 3 degrees C (5.4 degrees F) average increase in global temperatures by the end of the century, well above what experts warn would be a catastrophic rise.

The world is headed toward a 3 to 5 degree Celsius global temperature increase this century, the UN World Meteorological Organization warned last week.

Ray of light from renewables

However, countries like the US, the UK, France, and 16 others have managed to reduce their overall emissions in the past decades. At the same time, the price of electricity from renewable sources has plummeted.

Le Quere also saw reason for hope in the United States, because even though President Donald Trump has pulled Washington out of the Paris agreement, "US businesses are very imaginative. Lots of places in the US have already woken up to the fact that renewable technology has a market for it, and a lot of US states and cities have made their own pledges. The emissions in the US are actually decreasing at the moment, due mainly to a big reduction in coal use since 2005."

But while the study applauded the 15 percent global uptick in efforts to use renewable energy sources over the past 10 years, it said that governments must work harder to expand these kinds of power plants, and quickly, to avert an international crisis.

If climate change and global warning continue unabated, then Africa’s future does not look bright. Experts warn that participants at the COP24 conference in Poland have to deliver on previous pledges. (03.12.2018)