If climate change and global warning continue unabated, then Africa’s future does not look bright. Experts warn that participants at the COP24 conference in Poland have to deliver on previous pledges.

"We are the most vulnerable, we are the least responsible but we will suffer the most," Seyni Nafo, spokesman of the African delegation at the World Climate Conference summed up in an interview with DW. The African continent is already experiencing the effects of climate change. In many places drought, torrential rainfall or flooding are regular occurrences.

The damage done amounts to five and 10 percent of individual countries' Gross Domestic Product(GDP). "The person on the street does not see the impact of what is decided at the COP meetings. But people are seeing the real impact of global warming every day," said Nigerian environmental activist Nnimmo Bassey.

Read more: Crunch time for the climate at COP24 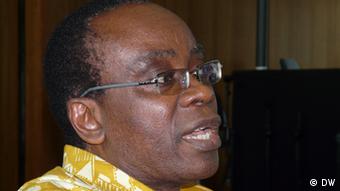 Pledges must be fulfilled

The worst is still to come, the UN warns. In 2020 up to 250 million people could be affected by serious water shortages as a result of rising temperatures. If the rise exceeds two degrees Celcius, half the population of Africa could be affected by malnutrition. "Climate change has the potential to destroy our development," Nafo warns.

The hope is that the COP24 conference in Poland can be a launchpad for meaningful action. Delegates from all over the world have converged on the city of Katowice. For James Murombedzi, a climate expert with the UN Economic Commission for Africa, this is the most important climate conference so far. The goal is to reach agreement on a detailed set of rules that would implement the decisions taken at the Paris conference of 2015. Global warming, it was agreed, should be limited to 1.5 degrees Celcius. This can only succeed if emissions of greenhouse gases cease entirely from 2050 onwards – and they must be drastically reduced in the years leading up to that deadline. However, experts agree that measures taken so far by the international community fall far short of that goal. Mandatory measures are needed, they say.

World in Progress: From hurricanes, climate funding & tech for the homeless

Funds to adapt to climate change

High on the agenda of the African delegation is also a second pledge made in Paris, namely that poor countries would receive financial help to enable them to adapt to climate change. Starting in 2020 rich industrial nations are expected to pay an annual amount of 100 billion US dollars. Here, too, no concrete commitments have been made. For negotiator Seyni Nafo, it is vital to ensure that the funds agreed are made available.

For some experts, the sum of 100 billion dollars is not enough. Africa is dependent on agriculture and measures must be taken to ensure climate damage is kept to a minimum. More investment in irrigation systems is needed, says UN expert Murombedzi. For Nnimmo Bassey, this is not a question of charity or benevolence but of justice.

'The planet is burning'

Can these goals really be achieved? The US has withdrawn from the Paris Agreement, although, as Seyni Nafo puts it: "Climate change is a common problem and we can only find a common solution." He adds optimistically: "We see great interest in many countries in salvaging the multilateral process, in salvaging the outcome of Paris." 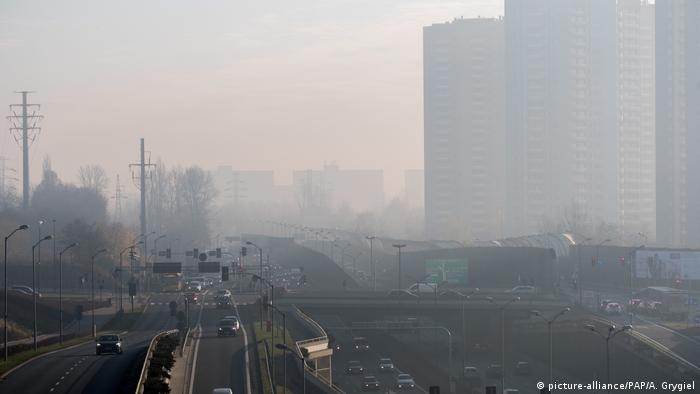 Smog in Katowice regularly blankets the metropolis between November and April

There is no guarantee of success for COP24. Fighting climate change means changing the way economic systems function and changing the lifestyle of entire societies, particularly where consumer behavior and mobility are concerned, says Murombedzi. "Especially in the highly developed countries, there appears to be not enough political will to take on necessary costs."

Nnimmo Bassey is also skeptical about the chances of COP24 marking a new beginning. "I hope the delegates, both ministers and technocrats, will actually begin to talk from their hearts and not just from political considerations. If that is not done, it will be just another COP and it will be like fiddling while the planet burns."

Abu-Bakarr Jalloh contributed to this article

Global temperatures are set to far overshoot an international target to limit the increase, UN scientists say. Another expert study warns of the health risk posed to vulnerable people by the growing number of heatwaves. (29.11.2018)

Nowhere in the EU is smog more suffocating than in southern Poland. This year, the polluted Polish mining city Katowice will host the COP24 climate conference. Ahead of that, change is in the air — and on the ground. (02.01.2018)