Opinion: After Katowice, giving up still isn't an option 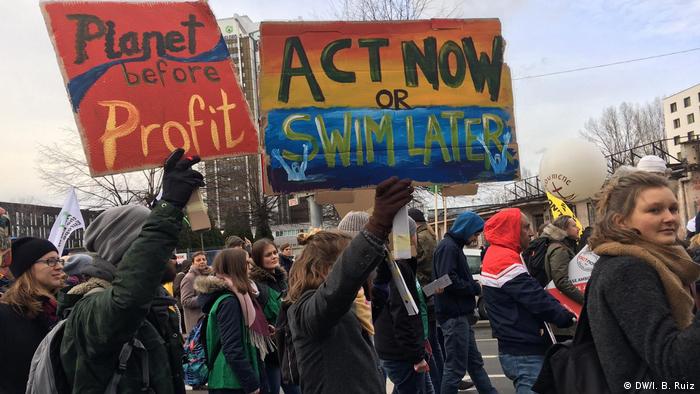 The question posed by the well-known German climate researcher Hans Joachim Schellnhuber in recent days is a valid one: Are these mammoth climate conferences, with thousands of participants and negotiations that inevitably go on late into the night, ultimately capable of addressing the global climate problem? Especially when the outcome is comprehensible only to experts, and greenhouse gases have risen unabated since climate conferences began in the early 1990s?

The discrepancy between the scientists' dramatic warnings and what politicians are doing to stop climate change is enough to drive you mad. In many coal-producing countries, including Germany, renewable energies now produce a large percentage of electricity. However, coal is still cheap in comparison and will continue to be so unless heavy taxes are imposed on greenhouse gas emissions. And the Arab states, the US, Russia, the eastern Europeans and also, unfortunately, Germany have opposed such taxes, as well as any idea of politically imposing an end to the use of coal and oil.

And this is all despite the fact that experts know that coal's days are numbered and that it's hardly worth making any new investment in it. The only thing that counts is cold, hard, day-to-day business. Meanwhile, all over the world, emissions continue to rise: from vehicles, airplanes, ships. And that's why little progress is being made right now in climate protection.

So are the mammoth meetings actually any use? Ask the delegates from the Marshall Islands, Fiji and many African countries. Here, at the UN climate conferences, they have the only forum where anyone listens to them at all when they talk about the threat to their very existence. Also, something that didn't get much attention in Katowice: The countries are planning to provide $100 billion (€88.4 billion) a year for climate protection — all together. An estimated 80 billion is already in place — money that would not have been allocated without the climate conferences.

Finally, the climate conferences are among the few remaining forums for a multilateral attempt at solving global problems under the aegis of the United Nations. This was also why UN Secretary-General Antonio Guterres repeatedly urged the delegates in Katowice to reach an agreement.

Perhaps it will only become clear in a few decades' time what these agonizing, laborious climate conferences have achieved. Climate change is a global problem that can be resolved only if all countries work together. This is often said, but it is, quite simply, the truth. The Paris Agreement comes into force in 2020: It's the only instrument international climate protection has left. And that's why these mammoth conferences have to continue, despite all their shortcomings.

Opinion: Pakistan is pursuing an unrelenting assault on journalism 1h ago