How Germany′s party donations influence elections | Germany | News and in-depth reporting from Berlin and beyond | DW | 01.08.2017

Angela Merkel's CDU and the free-market-friendly FDP get almost all of Germany's big business donations, new figures show. Watchdogs say it's no accident that those two parties could well win the next German election. 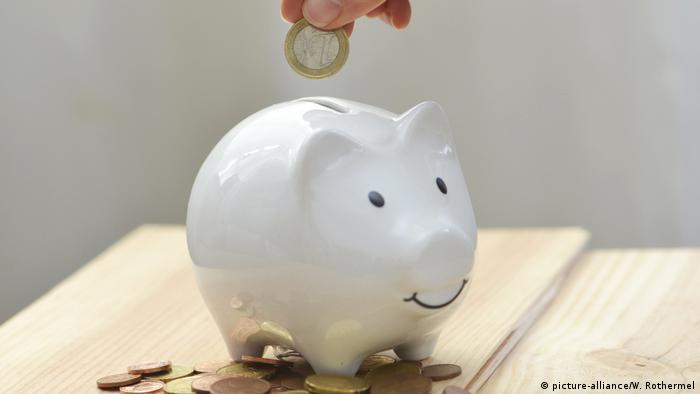 Virtually all the large lump sums donated to political parties this year went either to Angela Merkel's party or the free-market, anti-regulation FDP, which has not been represented in the Bundestag since 2013, and is currently polling at 9 percent nationwide.

"That certainly is notable," said Sebastian Meyer of Germany's watchdog LobbyControl. "Clearly the rich donors and big business associations want to see a return of the FDP."

So far in 2017, with eight weeks to go before the general election, the CDU has received some 1.9 million euros in donations from major sponsors, while the FDP has received 1.5 million euros. German law says that any political donation of over 50,000 euros ($59,000) must immediately be disclosed to parliament, which publishes the figures on its website. 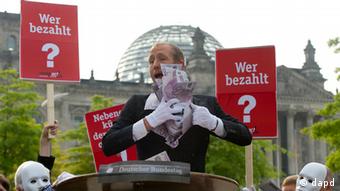 Most Germans distrust the influence that companies have on politicians, according to LobbyControl

Cash from the big hitters

Some major German companies feature on the list, often donating money to multiple parties: these include Sixt car rental service (donated 55,000 euros to the FDP), and Metall NRW, a North Rhine-Westphalian federation of industrial and electrical companies (90,000 euros for the FDP and 110,000 euros for the CDU).

Perhaps not surprisingly, the German auto sector - one of the country's biggest export markets - appears prominently on the list. Daimler donated 100,000 euros to both the CDU and the Social Democratic Party (the SPD's only major donation) in April, while Stefan Quandt, a billionaire on the board of BMW, donated 50,001 euros to both the CDU and the FDP. Coincidentally, it was revealed on Monday that the German government's Motor Transport Authority (KBA) watered down critical passages of its reports about how the auto industry was cheating emissions tests.

The biggest single donation, meanwhile, came from the businessman Ralph Dommermuth, who donated 500,000 euros to the CDU in May. Dommermuth is the CEO of German multinational internet services provider United Internet.

"Obviously donors don't do this without an ulterior motive, but they can't make specific political demands - that would be illegal," said Meyer. "But they like to cultivate the political landscape, and possibly influence the election result, because that's just the way it is. Certain parties are preferred to others."

The socialist Left party and Merkel's Bavarian allies, the CSU, didn't receive any 50,000-euro donations at all this year, while the Green party, like the SPD, received only one - 100,000 euros from a millionaire businessman. 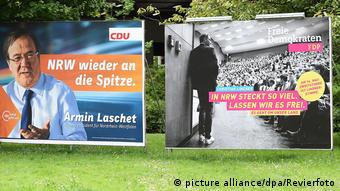 LobbyControl says there are a number of ways that Germany's party donations system could be more transparent - and believes that people are becoming more distrustful of the influence that businesses have on politicians (a survey commissioned by the NGO in 2015 found that 78 percent of Germans would like to see a lobby register that forces lobbyists disclose their activities). Meanwhile, the CDU has traditionally been least keen - of the parties currently in the Bundestag - to publish a lobbying list.

"We're calling for a limit on party donations to 50,000 euros, and for the transparency thresholds to be significantly lowered," said Meyer. "Because the way it's set up now it practically promotes corruption. We keep seeing donations being divided up, or front men being used, to avoid transparency regulations."

Unlike the United States and other countries, Germany makes no distinction between campaign financing and a political party's funds. Campaigning is considered part of the normal duties of a political party in Germany and is therefore included in the party's total budget - and is also supported by the state. The German government sets aside around 133 million euros every year for political parties to use, which is divided up according to how many votes the party wins in federal, state, EU, and local elections.

Of course, these figures are all scraps compared to US election financing. That's mainly because German law limits all campaign advertising, from billboards to radio and TV ads, to a few weeks before the election.

Looking set for an easy victory, Merkel's conservative alliance is currently polling at around 40 percent, with the FDP at around 9 percent. Should the two parties (along with the CSU) gather more than half the seats in the Bundestag, they will be able to form the next German government.

LobbyControl has released a damning verdict on the German government's failure to restrict lobbyists. Merkel's inner circle is said to have particularly close ties to the auto industry, responsible for "Dieselgate." (24.06.2017)