NGO condemns Angela Merkel′s failure to rein in lobbyists | Germany | News and in-depth reporting from Berlin and beyond | DW | 23.06.2017

LobbyControl has released a damning verdict on the German government's failure to restrict lobbyists. Merkel's inner circle is said to have particularly close ties to the auto industry, responsible for "Dieselgate." 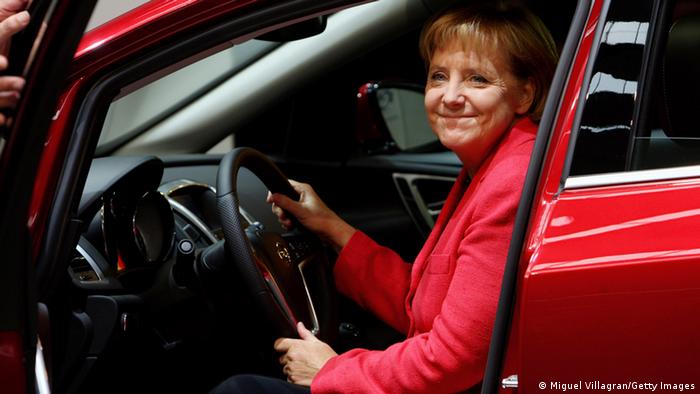 The German government's failure to take action against the power of lobbyists contributed to "Dieselgate" and other scandals that cost the taxpayer billions of euros, according to a report by the NGO LobbyControl to mark the end of Chancellor Angela Merkel's latest four-year tenure.

"Since our half-term assessment (Lobbyreport 2015) there has been no significant progress in lobby regulation. Rather, the grand coalition has delayed necessary reforms in the areas of lobbyism and influence," the NGO said in a statement accompanying "Lobbyreport 2017," published this week. "That means it carries co-responsibility for several lobby scandals in this legislative period."

The NGO's report shows how several scandals in the past four years have revealed the power that major businesses wield in the German government. Most recently, the parliament's investigation into the "Cum/Ex" tax fraud schemes gave opposition parties plenty of ammunition against the government's failures. 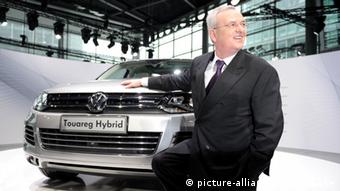 Neither government party, Angela Merkel's Christian Democratic Union (CDU) or the Social Democratic Party (SPD), responded to a request for comment, but the Green party's Britta Hasselmann offered this emailed statement: "The grand coalition has blocked all our initiatives for more transparency. When it comes to transparency and lobby regulation, the last four years of the CDU and SPD coalition are lost years."

Over several years, financial authorities and officials in the Finance Ministry failed to notice how businessmen were able to steal up to 32 billion euros ($35.7 billion) from the German state. "Cum/Ex showed how lobbyists can secretly work on the creation of laws and so cheat the state out of billions," LobbyControl's Timo Lange said in a statement.

The NGO's report also detailed how the ties between the government and the auto industry, particularly Volkswagen, helped car manufacturers to carry on evading emissions tests - even though environmental groups had for years pointed out the discrepancies in emissions tests. It took US environmental authorities to uncover the practice, which eventually led to a $2.8 billion criminal fine for VW and the resignation of Volkswagen CEO Martin Winterkorn in November 2015. On Thursday it emerged that US authorities have filed arrest warrants for five former VW executives at Interpol.

"There are very close relationships, but VW isn't any more influential than the others, BMW or Daimler," said LobbyControl spokeswoman Christina Deckwirth. 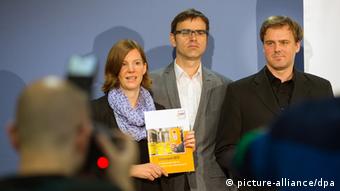 Germany has become particularly notable for the ease with which top businessmen find roles in politics and vice versa. The automobile industry has, as Deckwirth put it, "noticeably many" such revolving doors to the government. "What you notice in particular is how many come out of Merkel's circle," she said. "She really seems to have very close relationships there."

The most obvious current example is Joachim Koschnicke, head lobbyist for the car firm Opel, whom the chancellor made her campaign manager for the upcoming national election this year. "The interesting thing about him is that he played a role in the cover-up affair when it came to investigating the emissions scandal," said Deckwirth. "We think that is very illustrative - that shows that Merkel lacks the sensibility for this issue. German politicians see themselves as protectors of the car industry."

Following the emissions scandal, Transport Minister Alexander Dobrindt appointed a commission for a report, which involved emissions tests by the Federal Motor Transport Authority (KBA). "That report was produced in close cooperation between the KBA and the car manufacturers," said Deckwirth. "That's another thing that's so symbolic: that the government allowed its own report, which is supposed to investigate wrongdoing and criticize and control car companies, to be co-written and whitewashed by the auto industry. That shows their symbiotic relationship once again."

The same was true of the various opaque ways that German political parties can be financed - particularly through "sponsoring" of their party conferences and meetings with high-ranking politicians. "That's really a loophole that needs to be closed," said Deckwirth. 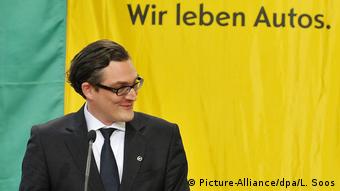 LobbyControl noted that the SPD had tried to introduce a draft bill to limit party sponsoring. That came after investigative journalists revealed last November that an SPD-owned media relations agency, Network Media, was offering lunches with government ministers for up to 7,000 euros ($7,800).

"We have seen the SPD is open to accept some lobbying reform," said Deckwirth. "But whether the SPD actually implements this when it is in government is another question."

For LobbyControl, there are basic measures the government could take that would bring Germany into line with international regulatory standards. These include a lobby register, as exists in the US, which forces private interests to disclose how and why they contact lawmakers, and how much money they spend on it. "We've been waiting for that for years," said Deckwirth. "It's really a deficiency that this doesn't exist in Germany yet. But the CDU is blocking that."

"Lobbying isn't bad per se," Deckwirth was careful to add. "Representing special interests is necessary for a democracy. Politicians need to be in dialogue with different social players. But despite that, lobbying in its current form is a problem for democracy. It's mainly powerful actors and those with more money that profit from weak regulations and a lack of transparency, thereby reinforcing already existing power imbalances."