Carmakers are exploiting weak and outdated EU laws to claim misleading statistics about fuel efficiency, a new report says. Real-world CO2 emissions are up to 40 percent higher than in the lab. Ben Knight reports. 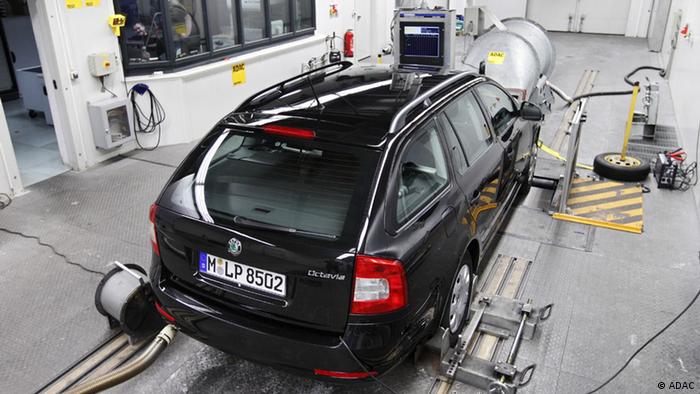 Volkswagen's diesel scandal could just be the tip of a very large iceberg when it comes to carmakers faking emissions figures.

According to a study released this week by the International Council on Clean Transportation (ICCT), vehicle manufacturers are "systematically exploiting technical tolerances and imprecise definitions" to wrongly record their fuel efficiency and therefore their carbon dioxide emissions.

The ICCT tested 29 passenger cars built between 2009 and 2012 (including ten available in the US), comparing their real-world emissions with the official figures of the French and German approval agencies, and - for the US cars - official parameters used in US emissions certification tests.

"For all 19 [European] vehicles, actual road load exceeded what was simulated during type-approval tests on those vehicles," the ICCT said in a statement. On average, the organization found that the cars' official CO2 emissions figures were 7.2 percent lower than their actual road emissions. The US-tested cars faired much better - with an average discrepancy of only 1.8 percent. 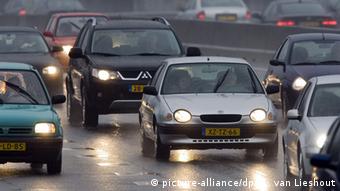 Cars should be tested on the road, not the lab, say environmental groups

Jens Hilgenberg, traffic emissions specialist at German environmental organization BUND, was not surprised by any of this. "After dieselgate, everyone is interested in hearing what we've been saying now for many years," he told DW, before pointing out that in 2014, BUND had released a report that showed up to 40-percent discrepancies between real-world and lab CO2 emissions in cars.

Hilgenberg explained some of the many tricks that carmakers have at their disposal, thanks to what he called "the many gray zones" in European Union regulations. "In the last ten years or so, manufacturers have noticed that no one is checking," he said. "They always use a lighter base model for the tests that are never actually sold in that form - there's no heated back windshield, there's no radio, there's no air conditioning in it - anything that adds any weight to it, and anything that uses extra electricity is not in there - and if it is it's not turned on."

Not only that, said Hilgenberg, manufacturers put the narrowest possible tires on the car and put much more pressure in them than "you would - or even could - driving on the road." "It's all more or less legal," he added. "But it's just getting exploited in a more and more blatant way."

"Not only that, the carmakers can choose which country in the EU they want to conduct their test in, and they only need one pass for the whole of Europe," he added. "And there are no official follow-up tests by any government agency."

The ICCT tests concentrated on determining the inertia, friction, and aerodynamic resistance for the 29 different cars - all the forces that are collectively called "road load" data - and comparing that to the official road load statistics provided by the manufacturers. 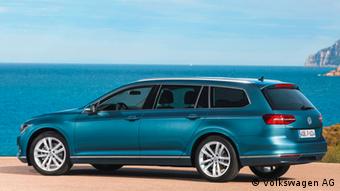 The VW Passat posted the highest discrepancy among German cars

Many of the cars tested were German - including two different Volkswagen models (the Passat and the Polo), two Audis, two BMWs, three Opels and a Mercedes. Of these, the VW Passat showed the highest discrepancy in CO2 emissions with real-world road loads, at over 12 percent. All three Opels also had discrepancies over the 7.2 percent average.

The ICCT put the blame on European legislation regulating emissions testing - called the New European Driving Cycle (NEDC) - a 1970 directive that was last updated in 1998, and which, the ICCT said, includes a "large variety of technical tolerances and imprecise definitions, which still reflect the poor technical standards and imprecision of technologies in the 1970s."

But while criticizing the EU's old-fashioned test parameters, the ICCT found time to praise the US emissions tests, which have "a better enforcement system and a higher risk of manufacturers getting caught, as EPA [Environmental Protection Agency] periodically conducts its own road load tests," the report said.

Not only this, unlike in Europe, the US EPA carries out road tests, not just lab tests. "That's the gold standard," said Hilgenberg. "The cars have to get out on the road and away from the labs - that's why the discrepancies are so narrow in the US."

All this has a particular effect in Germany, which is struggling to hit its target of reducing greenhouse gas emissions by 40 percent by 2020 (against 1990 levels). But despite tighter regulations on cars, traffic in Germany produced some 162 million tons of greenhouse gases in 2015, a figure that has actually risen by 10 million tons since 2009, and which accounts for 20 percent of Germany's total CO2 emissions.

Volkswagen caught between its past and its future

To stay relevant, an auto manufacturer must innovate. To do that, it has to invest. Volkswagen’s problem is that even though it would like to spend more money on itself, it has to first resolve its diesel scandal. (28.04.2016)

Scandal-hit German carmaker Volkswagen announced a full year operating loss of 4.1 billion euros ($4.6 billion) for 2015 on Friday, after its earnings took a huge hit from costs arising from Dieselgate. (22.04.2016)

German carmakers to recall 630,000 cars in Europe over emissions irregularities

German manufacturers will recall 630,000 Porsche, Volkswagen, Opel, Audi and Mercedes vehicles to fix diesel emissions-management software. The clampdown on pollution has widened in the wake of the Volkswagen scandal. (22.04.2016)