What you need to know about Germany′s liberals, the Free Democratic Party | Germany | News and in-depth reporting from Berlin and beyond | DW | 14.03.2021

The pro-business liberal democrat FDP have done well in the first regional elextions of 2021. Here's what you need to know about the small party that has a history of being the kingmaker. 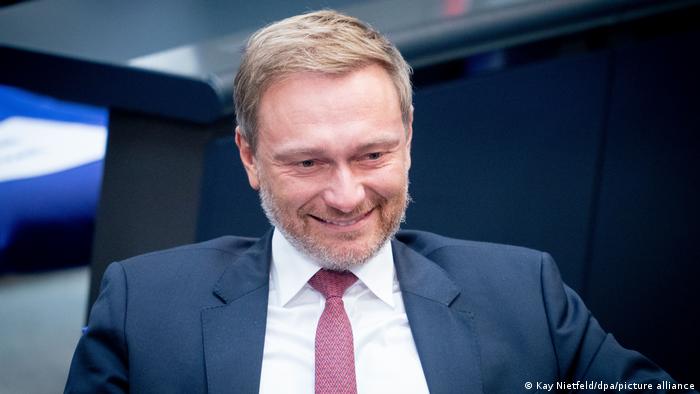 In bothBaden-Württemberg and Rhineland-Palatinate, the FDP gained support on Sunday, compared to the last elections there in 2016. In Rhineland-Palatinate, this will likely mean it will continue to participate in an SPD-led three-way coalition with the Greens. In Baden-Württemberg, the FDP even overtook the SPD and garnered a surprising 11.5% — up three percent from the 2016 vote.

Party chief Christian Lindner was very pleased and proud at the results, saying they showed the FDP was a force to be reckoned with also on the national level.

In the past, the liberals, as they're also known, were part of conservative-led coalitions under chancellors from Konrad Adenauer to Helmut Kohl to Merkel herself.

But being centrists, the Free Democrats also have nothing per se against cooperating with the Social Democrats. The FDP was part of governing coalitions under Social Democrat chancellors Willy Brandt and Helmut Schmidt. There is considerable resistance in Germany toward the Social Democrats doing a deal with the Left Party, the successor to the socialist party in communist East Germany.

The party's flexibility means that its charismatic young chairman Christian Lindner was considering joining a coaltion with Angela Merkel's conservatives on the national level in 2017. He decided to pull out of the talks with the Green Party and the CDU/CSU, in a move that surprised political analysts.

The FDP was represented in parliament for 64 straight years but failed to clear the 5-percent hurdle in 2013 and lost all its seats in the Bundestag, the German parliament. That debacle was the result of weak leadership under former chairmal Philip Rösler and the widespread perception that the party was interested only in holding power, not enacting any concrete policies.

The Free Democrats are liberals in two senses of the word. They take a laissez-faire approach to government's relationship with business and have an unshakable faith in the free-market economy. They're also liberal democrats who think that the state should interfere as little as possible in the lives of individuals. So much for their general orientation.

The FDP platform is a decidedly mixed bag, stressing two topics: digitization and education. The Free Democrats have been promising to improve Germany's mediocre digital infrastructure and create a new Ministry of Digital Affairs, and to invest more in schools and universities. These are hardly classic laissez-faire positions, but who doesn't enjoy high-speed internet surfing and learning useful skills? 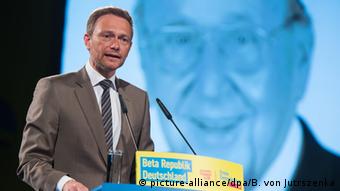 The FDP has never recaptured the glory days of Genscher

And those aren't the only contradictions between the party platform and a traditional liberal outlook. The Free Democrats support dual citizenship, in opposition to the conservative CDU-CSU, but want to force third-generation immigrants to choose one nationality. Lindner has criticized the Merkel government for its handling of the refugee crisis, saying people were inadequately vetted and calling for speedier deportations of those whose asylum requests are rejected.

The traditionally affluent FDP constituency will be happy about promises to push for tax cuts amounting to €30 billion ($32.7 billion). On that score at least, this iteration of the Free Democrats remains true to the party's past.

Scandals of the past

The FDP's history is full of changes of fortune. For decades, the Free Democrats were part of governments of various political stripes. The FDP emphasized its power as kingmaker in 1982, when its ministers abandoned Social Democrat chancellor Schmidt and enabled the rise of the conservative Kohl. FDP Foreign Minister Hans-Dietrich Genscher, together with Kohl, was one of the main architects of German reunification after the fall of the Berlin Wall in 1989. 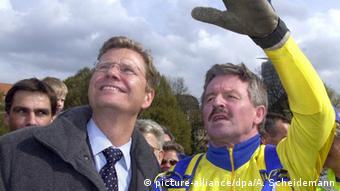 Westerwelle (left) and Möllemann led a youth movement in the party

But party fortunes turned south after that historic highpoint. With the election of the SPD-Green coalition under Gerhard Schröder in 1998, the FDP found itself outside the government for the first time in 29 years. A younger generation of leaders, including Guido Westerwelle and Jürgen Möllemann, tried to remake the FDP as a "party of fun." Westerwelle appeared on the reality show Big Brother and targeted 18 percent for the next election, but the Free Democrats missed that goal by a mile. Amidst a campaign contributions scandal, the passionate skydiver Möllemann would later apparently commit suicide by jumping from an airplane and not pulling his parachute rip cord.

In 2009, profiting from dissatisfaction with Merkel's first grand coalition, the FDP under Westerwelle got 14.6 percent of the vote and rejoined the government. But everything did not go smoothly.

Westerwelle became a much-criticized foreign minister, infamously instructing a BBC journalist to speak German in his first press conference.  It was the first of many uncomfortable incidents in his tenure in the post. Support for the party drained precipitously; the FDP dropped out of one local parliament after another. Under the tepid leadership of Philipp Rösler, the party polled only 4.8 percent in the 2013 national elections. After that debacle, Lindner took charge. Westerwelle died of leukemia in 2016. 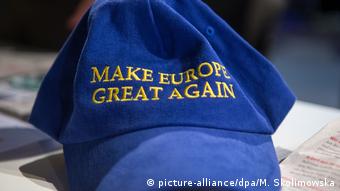 To do anything, the FDP must first get 5 percent of the vote

So how did they manage their revival?

The Free Democrats have the man, but do they have the message? In Lindner, the FDP is led by a figure who is both media-friendly and credible.

They are currently in government in Germany's most populous state of North-Rhina Westphalia. There they are in a coaltion with the CDU and newly elected CDU chairman and NRW Premier Armin Laschet.

This combination, Christian Lindner stressed on Sunday evening, is the FDP's declared preference.