The Christian Democrats have lost ground in two crucial state elections in Germany, while a surging Green party has won the state of Baden-Württemberg again. 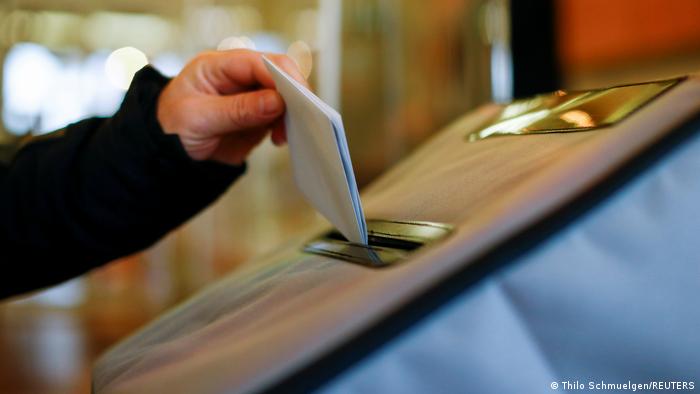 The votes in the German states of Baden-Württemberg and Rhineland-Palatinate were seen as the first major political test of the "super election year" which culminates with the general election in September, and the results may have caused CDU leaders to worry.

The party's general secretary, Paul Ziemiak, admitted that the results were disappointing on Sunday evening. But he sought to put the defeat down to the "personal success" of the winning incumbent state premiers, of the Greens and the Social Democrats, rather than a failure of the CDU. "In a crisis, we saw that the voters trusted the governing leaders," he said in a brief statement to reporters.

Nevertheless, Ziemiak acknowledged that recent corruption scandals and concern over the national government's handling of the coronavirus pandemic had damaged the CDU, which remains the biggest party in the country.

Early projections showed the CDU taking 23.6% in Baden-Württemberg, and 26.5% in Rhineland-Palatinate, which if confirmed would be the party's worst ever results in both states.

The CDU dropped four percentage points in Baden-Württemberg and 5.8 points in Rhineland-Palatinate compared to 2016.

The night brought the expected victory for Winfried Kretschmann, the Green state premier in Baden-Württemberg, who now faces a choice: Continuing his coalition with the CDU, or pursuing a fresh option: A potential "traffic light" coalition with the center-left Social Democrats (SPD) and the pro-business Free Democrats (FDP).

The 72-year-old Kretschmann's leadership is likely to have been a major factor in the Green party's win in the state, where a recent poll found that 80% of the population were satisfied with his work. "The Greens and Baden-Württemberg go well together," he said on Sunday. 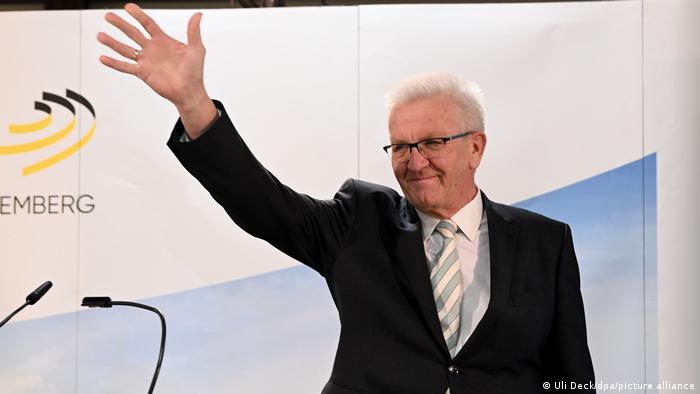 In Rhineland-Palatinate, the Social Democrats, led by the similarly popular State Premier Malu Dreyer, looked set to triumph, scoring a projected 36.1%, potentially opening the path to another traffic light coalition with the Greens and the Free Democrats (FDP).

The CDU's decline could prove seismic for the immediate future of German politics. Angela Merkel's departure as party leader has already left an uncertainty at the top of the party, with her first successor, Annegret Kramp-Karrenbauer, already replaced earlier this year by Armin Laschet.

SPD chancellor candidate Olaf Scholz, the current finance minister in Merkel's cabinet, hinted that a departure from the current centrist CDU/SPD coalition could be possible after the federal election. He told the dpa news agency: "It's a good day, because it shows that it's possible to create a government in Germany without the CDU." It was also a good night for the FDP, who reached 10.4% in Baden-Württemberg (a gain of more than two points against 2016), and 5.6% in Rhineland-Palatinate. Those results will be a relief to FDP leader Christian Lindner, whose party has been struggling to define its position in recent years.

Meanwhile, the results also showed a drop in support for the far-right Alternative for Germany (AfD), who took 11.5% in Baden-Württemberg and 10.5% in Rhineland-Palatinate, well below previous results. The party's popularity has been damaged in recent months after Germany's domestic intelligence agency attempted to classify it as an extremist group that should be put under a higher level of surveillance. The party has, so far, successfully challenged the agency in court.

DW's chief political editor, Michaela Küfner, said the results in Rhineland Palatinate showed the increased "fragmentation" of German politics, while also reflecting the anger among some voters over what she called "the poor performance of the central government when it comes to securing enough vaccines."

DW political correspondent Giulia Saudelli reported that the coronavirus pandemic has been "the overwhelming issue" for voters in Baden Württemberg. The Greens were able to take advantage of the dissatisfaction "directed towards the federal government" over the "slow vaccine rollouts," the correspondent added.

The turnout for both elections was heavily marked by a record number of mail-in ballots, which could significantly delay the final results.

Researchers predicted that as many as 60% of voters in Rhineland-Palatinate would vote by mail, and though there were no current figures for Baden-Württemberg, observers have noted a steady increase of mail-in voters in the past few years in the state, with some 30% voting by mail there in the 2017 national election.

Why are the elections significant?

Both of Sunday's elections seemed more significant on a national level than a regional level, representing as they did the first stage of the "super election year" of 2021 — when six states, as well as the nation itself, elect new parliaments.

All the parties are hoping to pick up momentum in the states ahead of the Bundestag election on September 26, a date that has gained huge political significance as it will mark the end of Angela Merkel's 16-year chancellorship — or at least the beginning of coalition talks that will determine her successor.

But more immediately, the most interesting question was how Merkel's governing party had weathered two recent issues: a corruption scandal that had caused three conservative parliamentarians to step down, and the mishandling of vaccine distribution, which has seen Germany only vaccinate 7.5% of its population to date, well behind many developed nations. 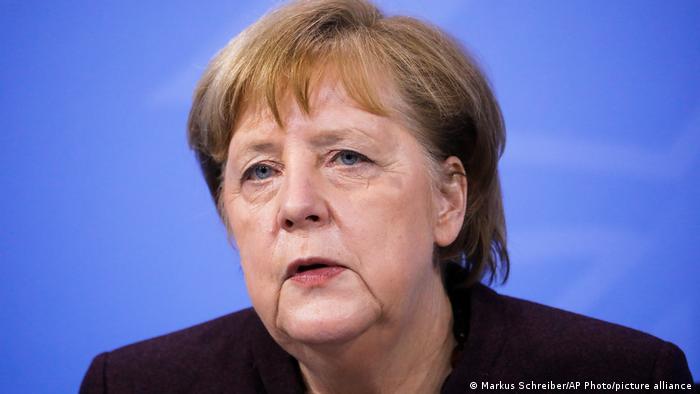 A recent poll by infratest dimap in both Baden-Württemberg and Rhineland-Palatinate found that only around third of people are still happy with how the coronavirus pandemic has been handled — though in both states more people blame the federal government than their respective state governments.

Some political observers also thought Sunday could mark a turning point in efforts of the conservative alliance of the CDU and the Christian Social Union (CSU) to finally choose its chancellor candidate: The poor result for the CDU, and newly minted party leader Armin Laschet could see his stock fall in favor of CSU leader and Bavarian State Premier Markus Söder.