Germany kicks off general election year with state polls | Germany | News and in-depth reporting from Berlin and beyond | DW | 14.03.2021

As coronavirus infections rise, Germans are voting in two state elections on Sunday. The outcomes could have an impact on parties' national standing ahead of September's vote to replace Angela Merkel. 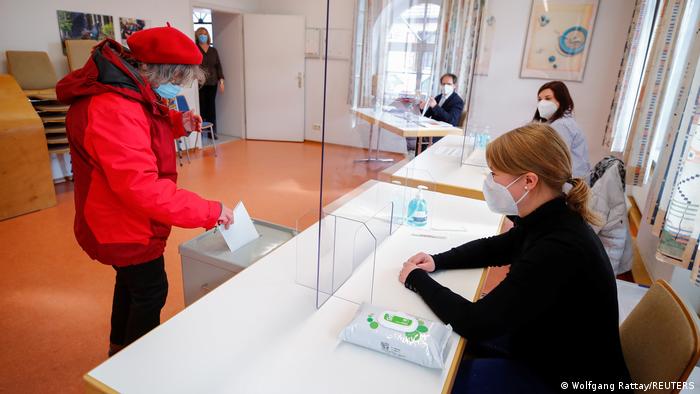 One thing is clear: This Sunday's state elections in Germany are without precedent. Polling stations in Rhineland-Palatinate and Baden-Württemberg were expected to be eerily empty, with roughly 50% of the 11 million people eligible to vote this weekend opting for mail-in ballots.

In both states, polling stations were not busy during the first half of the day. In Rhineland-Palatinate, 7.5% of voters had actually voted at polling stations by midday, according to samples taken from selected municipalities. Overall voter turnout there stood at 52% at noon.

More importantly, the outcome could be a bellwether for the general election in September, which will mark the end of Angela Merkel's chancellorship.

It will also be the first real show of voter opinion about crisis management in the coronavirus pandemic.

Baden-Württemberg and Rhineland-Palatinate are the first of six states, including the city-state of Berlin, to hold elections in a year of major elections in Germany. 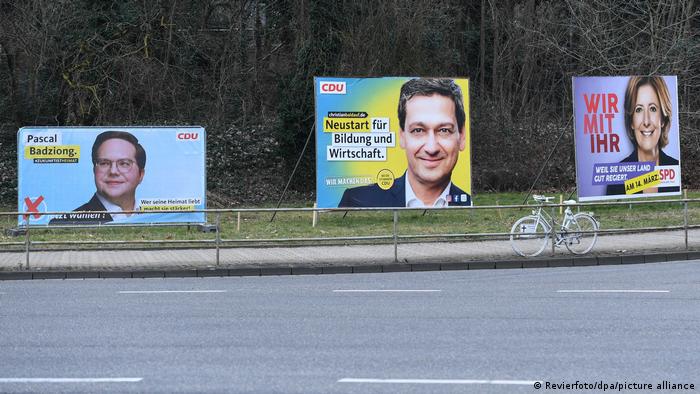 Party billboards were put up, but otherwise campaigning has been mostly online

Who are the major parties to watch out for?

The focus of Sunday's elections is on the center-left Social Democrats (SPD) in Rhineland-Palatinate, one of the party's few remaining strongholds in Germany. The SPD's national polling numbers have dropped steadily since 2013, from 25% down to 16%, after two grand coalitions with Merkel's Christian Democrats (CDU).

Historically seen as the workers' party, the SPD has managed to maintain its numbers in Rhineland-Palatinate, in part thanks to the popularity of state premier, Malu Dreyer.

The other party to watch is the Greens and incumbent Winfried Kretschmann in Baden-Württemberg. Their environmentalist pitch has managed to preserve their hold on to premiership in this wealthy conservative state, which is the home of auto giants Mercedes-Benz and Porsche. 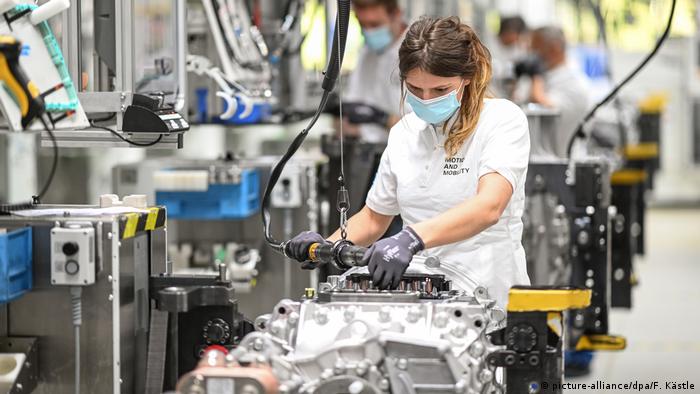 Among the wealthiest states, Baden-Württemberg is home to several car plants

In Baden-Württemberg the CDU is the junior coalition partner to the Greens.

The extremely popular Kretschmann has been in office for 10 years. He is the only Green to serve as state premier in Germany.

Since the last federal elections, in 2017, the Greens have gained 10 percentage points in nationwide polls, boosted by environmentalist groups like Fridays for Future and widespread concerns about climate change.

In Baden-Württemberg, the Greens poll at a remarkable 30%. The 72-year-old Kretschmann's reelection would be a strong signal that a Green coalition government might become a reality in Berlin come autumn. 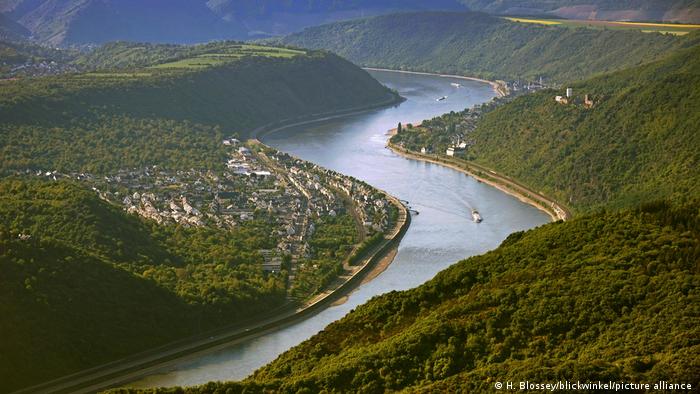 In Rhineland-Palatinate Dreyer was reelected five years ago, when the SPD clinched a surprise victory over the CDU with a resounding 36% of the vote. The question is whether she can lead the SPD to victory again.

Dreyer, who has been serving since 2013, was the first woman elected as state premier in the small winemaking state. Once dubbed the Queen of Hearts, the 60-year-old currently leads a coalition with the Greens and the business-friendly Free Democrats — the only coalition of the three parties in Germany.

Just like Kretschmann, Dreyer has built a reputation as a down-to-earth leader.

At a time when the SPD, has fallen to a historic low of 15% in national opinion polls, her victory would give the party a much-needed morale boost. The message would be that the SPD is still a force to be reckoned with — if only it fields the right candidate.

Pollsters have predicted a victory for the incumbents in both states, which would dampen the spirit of the CDU's national campaigners.

It might be a close race in Rhineland-Palatinate, where in the days leading up to the election the SPD have hovered around just above 30% to the CDU's just below 30%.

In Baden-Württemberg, the Greens are expected to clinch over 30% of the vote and the CDU up to 25% — a remarkable 70% of people polled said they would want Kretschmann to stay in office.

The pitfalls of campaigning in a pandemic

The coronavirus pandemic has affected campaigning, forcing parties and candidates to keep their distance from voters and to take their political fight online.

At the same time, dissatisfaction with the pandemic response has been palpable in Germany. According to a survey last month by data research group Statista, fewer than 40% of Germans are satisfied with how the pandemic is being managed.

Politicians running for reelection are feeling this strain. Both Dreyer and Kretschmann were attacked by their opponents in TV debates over crisis management and shutdowns.

The CDU is currently ensconced in a corruption scandal involving parliamentarians who accepted large kickbacks in return for their help brokering deals for the sale of expensive coronavirus masks to state institutions. There continue to be fresh revelations as more parliamentarians are accused of wrongdoing.

The public outrage could turn the electoral race into an uphill battle for Merkel's bloc. And CDU members fear that it could cost ultimately cost them the chancellorship come autumn.

Germany's first and so far only Green state premier may be returned to office in regional elections this Sunday. His alliance with the conservative CDU is seen as a model for the national level in the post-Merkel era.