Laschet was elected in a runoff vote during the digital party conference on Saturday, beating archconservative Friedrich Merz, 521 votes to 466, to resolve a three-way contest that had also featured the outsider Norbert Röttgen.

Among the three candidates, Laschet, who since 2017 has been the premier of Germany's most populous state, North Rhine-Westphalia, is the one who stands most strongly for a continuation of Angela Merkel's course and a "CDU of the center."

In his victory speech, Laschet vowed do everything so that the party would do well in upcoming regional elections and to keep the party's hold on the position of chancellor. "Further, more important elections are still ahead of us," he said.

Laschet thanked and praised the other candidates for a "fair" competition.

The second-place Merz congratulated Laschet and wished him "success" as chairman of the party.

"It's an important year that we have ahead of us," Merz said. "It will be a tremendously arduous time in the next weeks and months for all of us."

Markus Söder, the leader of the Christian Social Union (CSU), the CDU-aligned Bavarian party, congratulated Laschet on Twitter: "I'm looking forward to working together! Together we will continue the Union's success story."

As a popular and influential politician, Söder could play a key role in deciding the CDU's next candidate for chancellor. Recent polls have also shown him as one of the favorites.

In his speech before Saturday's vote Laschet again stressed the importance of unity. The CDU does not need a CEO to run it, but rather a team captain who will lead the way and keep the party together.

Laschet has been one of the CDU's five deputy federal chairmen since 2012. A Catholic from the Rhine region, he has always been a reliable partner to the respective party chairmen. Merkel could depend on him as her deputy when she was party head until 2018, as could her successor Annegret Kramp-Karrenbauer. When Merkel faced strong opposition from parts of her party in the face of the arrival of hundreds of thousands of refugees and asylum seekers in Germany since 2015, Laschet remained a faithful ally. 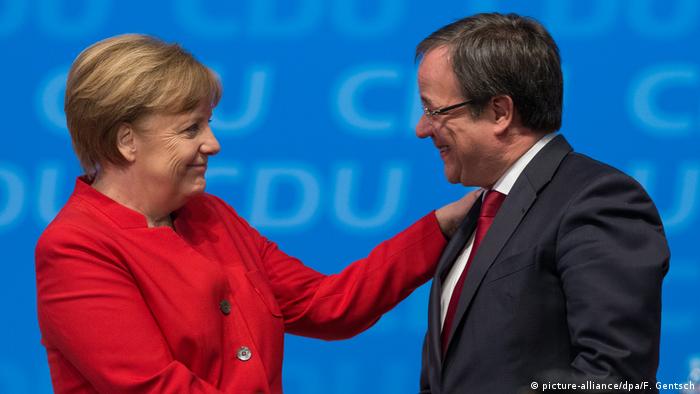 Laschet says he stands for "a level-headed approach and avoiding extremes," a political stance that "turns toward people and does not turn its back on them." He insists on societal cohesion and the social market economy.

Laschet was the only one of the three contenders who had already won an election as a lead candidate and brought government experience. That was "surely not a disadvantage" he has said from time to time.

Laschet formed an alliance with 40-year-old German Health Minister Jens Spahn in late February 2019. Only a few days before the vote to decide the next CDU leader, they both published a 10-point program called "#Impulse2021." In it, they affirm a "clear boundary on the right" and the broad positioning of the CDU as a mainstream people's party with a somewhat left-leaning workers' wing and an economic wing that tends to be more conservative.

Laschet and Spahn said they aspired to "make the 2020s a decade of modernization for Germany: New economic dynamism, comprehensive security, top-notch and equitable educational opportunities." They want to avoid new burdens on the battered economy, establish a digital ministry at the federal level, and show "zero tolerance for criminality and extremism." That sounds like a government program.

In terms of foreign policy, Laschet emphasizes a clear focus on the European Union as well as a transatlantic orientation for the party: He intends to push for more cooperation with the US on climate and trade policy; and pleads for the European Union to be more capable of action and increased Franco-German engagement.

The change in leadership in the US will suit Laschet, he has called it a "victory for democracy." He has also long maintained close contact with the political leadership in Paris and often visits the French capital. He has been Germany's representative for Franco-German cultural relations for the last two years. 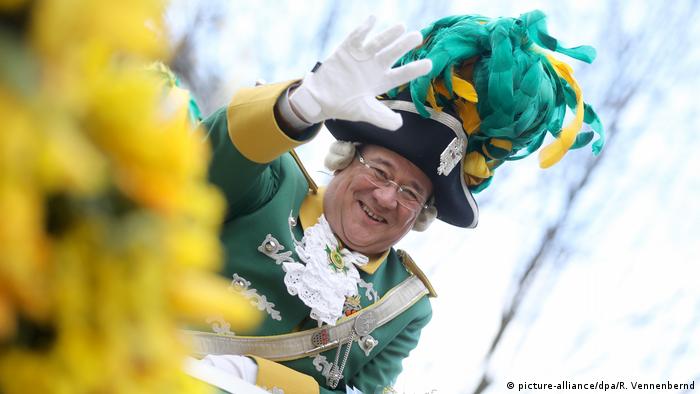 Born in Aachen, Laschet is a veteran of many political forums. From 1994 to 1998 the trained lawyer and journalist was himself a member of Germany's federal parliament, and from 1999 and 2005 he was a European Parliament MP.

Since 2010 Laschet has served in the state parliament of North Rhine-Westphalia. With him as their lead candidate, the CDU won the regional election in 2017 and formed a coalition government with the business-friendly Free Democrats (FDP).

The victory in NRW was notable because Germany's most populous state had for 50 years mostly been led by the rival center-left Social Democrats. It also came shortly before the 2017 federal elections and provided momentum for the then-struggling CDU.

Laschet stood loyally by Merkel — and never in opposition to her. In contrast to his rivals Norbert Röttgen and Friedrich Merz, he never had a public dispute with Merkel.

Laschet's political career was not without defeats: In 1998 he lost his direct seat in the Bundestag. In 2010 he lost the contest for the NRW state chairmanship of the CDU to Norbert Röttgen. Two years later, and after the party had suffered massive damage internally, Laschet took over. Now, 11 years later, Laschet has also come out the winner at federal level. 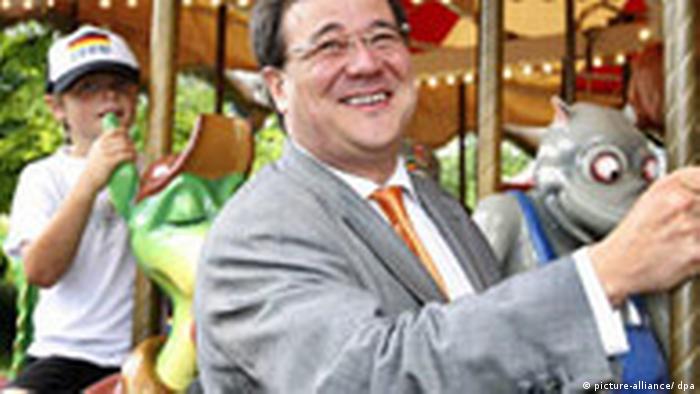 Both instances demonstrate that Laschet can wait, and has perseverance.

Now he is Merkel's second successor in the office of party chief. Whoever holds this position traditionally becomes the party's candidate for chancellor and, if the CDU can form a governing majority, has the first shot at the Chancellery. But whether Laschet will also compete for that position has long been unclear.

"A state premier who successfully governs a population of 18 million can also be Germany's chancellor," emphasized Laschet a few days ago.

The candidate is due to be decided only after regional elections in two German states, a good two months from now. That decision will be made in coordination with Söder, who denies persistent rumors that he may want to be the CDU-CSU candidate for chancellor. But German bookmakers have Söder top of their list.