CDU forced to publish lobbyist list after legal battle | Germany | News and in-depth reporting from Berlin and beyond | DW | 01.12.2015

Angela Merkel's Christian Democratic Union has been forced to publish a list of lobbyists it gave Bundestag passes to, ending a legal battle. Parliamentary watchdogs think it's time for a full obligatory lobby register. 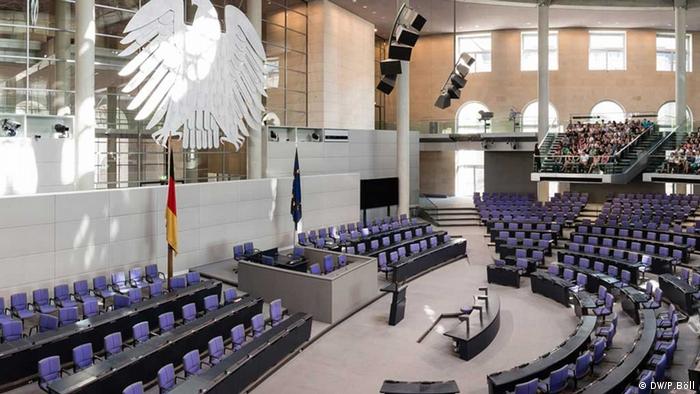 Germany's Christian Democratic Union has been forced to disclose its lobbyists in the Bundestag, revealing that Angela Merkel's party has granted parliamentary access to twice as many lobbyists than all three other parties combined.

The full Bundestag list was published this week after a lawsuit by Berlin's "Tagesspiegel" newspaper forced the Bundestag's hand, following the parliament's delayed appeal against a Berlin court ruling in June this year.

While the appeal formally came from the Bundestag administration, it is likely that the conservative CDU/CSU drove the decision to extend the legal battle, given that the three other parties (the Social Democratic Party, the Greens, and the Left party) had already published their list of lobbyists voluntarily. 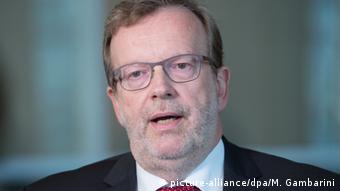 Transparency groups in the nation's capital welcomed the publication, though they suggested the parliament shouldn't have taken so long - or spent taxpayers' money to hire a law firm to bring the appeal. "The fact that it took two lawsuits to bring the Bundestag administration to reveal the names of lobbyists with access to the parliament is outrageous," Parliament Watch, who brought the original suit in April last year, said in a statement. "The CDU/CSU faction stubbornly fought against the publication of its lobby contacts - all for nothing. Now the public has found out who the [CDU/CSU] has accredited in the German Bundestag."

The newly published list shows that German political parties accredited 1,111 lobbyists to enter the parliamentary buildings (almost two for each MP) since the start of the current legislative period in 2013, and that 765 of these passes came from the CDU. (Full disclosure: Deutsche Welle was granted a Bundestag pass by the Social Democratic Party).

Among the more controversial passes, the list shows that the CDU granted access to a string of major defense companies (Diehl Defense, EADS Deutschland, Krauss-Maffei Wegmann, Lockheed Martin Corporation, Lürssen Werft, MTU Friedrichshafen, Northrop Grumman and Raytheon), as well as oil giants ExxonMobil and Shell (the latter also received a pass from the SPD). Watchdogs say these may have been instrumental in guiding Germany's new fracking regulation law, which has been delayed in talks within the governing coalition.

The CDU is the only party in the Bundestag that is against an obligatory lobby register (an SPD spokesman told DW that this was among the demands it agreed to drop in the government coalition talks in 2013).

In response to DW's request for comment, the CDU said the MP who deals with parliamentary issues, Bernhard Kaster, was in a meeting, but the CDU's usual argument against those who raise lobbying concerns is that anyone who seeks access to a parliamentarian should have a right to privacy.

In a speech to parliament about an obligatory lobby register in March this year, Kaster also argued that such a measure would be futile, since lobbying cannot be regulated effectively and doing so would be a threat to parliamentary freedom. "Every parliamentarian, and this belongs to the nature of a free parliament, must be able to speak to anyone he wants whenever he wants, wherever he wants and about whatever he wants," he told the chamber. 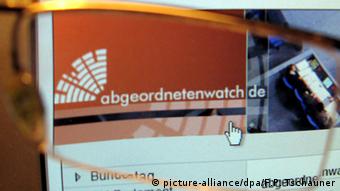 The new list also reveals that Germany's political parties have granted access to a number of lobbying agencies (including Alber&Geiger, Consilius, MSL, and WMP EuroComm) who do lobbying work in parliament on behalf of companies. "It's very difficult to find out what they actually do in the Bundestag, because it's very intransparent," said Christina Deckwirth, spokeswoman for the NGO LobbyControl. "I expect they organize contacts with parliamentarians, and hold meetings with them at the behest of the business associations in order to present their positions."

Google, for instance, is conspicuously absent from the list of lobbyists released this week, but LobbyControl says the IT giant is known to have engaged the agency MSL. "So it could be that Google is doing lobbying work in the Bundestag through MSL - I would suspect that, but I have no way of knowing. It's certainly noticeable that Google is a very prominent lobbyist in the USA, but seems to be doing hidden lobbying in Germany."

"Any agency that somehow takes up contact with politicians should have to register, name their clients, what issues they're working on, and declare their budgets," she added.

Lobby registers have become standard in many democratic countries: the US and Canada both have one, as do the UK, Austria and the European Parliament (though it is only voluntary). The Bundestag, meanwhile, has a register for business federations but not individual businesses.

The watchdogs, meanwhile, believe they have the German population on their side. In a recent survey by TNS Emnid, commissioned by LobbyControl and Campact, 78 percent of respondents said they were in favor of an obligatory lobby register.

A row has erupted in Germany over a school textbook that allegedly paints a "monstrous" picture of rampant business lobbying. The book was withdrawn from sale after a complaint from an employers' association. (28.10.2015)

The German government parties will appeal against a court ruling ordering them to reveal their lobbyists in parliament. Critics say this is typical of Germany, which lags far behind other democracies on anti-corruption. (22.10.2015)