Only days before a summit in Berlin on the future of diesel cars in Germany, policymakers are suggesting different ways of bringing cheating carmakers to reason. But a lot is just pre-election rhetoric, experts say. 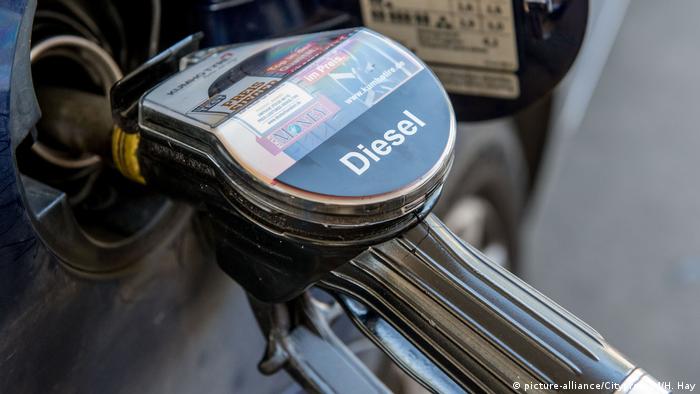 German Justice Minister Heiko Maas sharply criticized Chancellor Angela Merkel's Christian Democrats and their junior partner from Bavaria, the Christian Social Union (CSU), for failing to pursue a consistent policy with a view to making cheating automakers in the country act in a more responsible manner.

Maas reacted to a statement by Bavaria's State Premier Horst Seehofer, who told public broadcaster ZDF that the introduction of class action lawsuits should be considered to make it easier for individual consumers to sue big car companies.

Maas called the suggestion hypocritical, saying draft legislation to this end had long been prepared by the Social Democrats but had so far been blocked by the conservatives. The minister said it was hilarious that Seehofer had brought up the issue just days before a so-called "diesel summit" between policymakers and car industry executives in Berlin and weeks before the September 24 general election in the country.

Maas claimed that Transport Minister Alexander Dobrindt (CSU) had so far been one of the staunchest opponents of class action suits.

Germany's daily Bild reported in its Monday edition that the Federal Motor Transport Authority (KBA), being directly accountable to the Transport Ministry, had watered down the results of investigations on car manufacturers' efforts to cheat on diesel emissions, bowing to pressure from the auto industry. Bild said the KBA found out as early as a year ago that Porsche used defeat devices to manipulate emissions, meaning the transport minister also knew about them. But the authority's final report didn't address the issue properly.

Wednesday's diesel summit will see carmakers confirming their consent to update their software to make diesel cars cleaner. But bits of the hardware may also have to be changed to achieve that result.

Katrin Göring-Eckardt from the environmentalist Green party demanded Monday that carmakers should be confronted with a date when no new registrations of cars with combustion engines would be allowed, following the example of the UK and France.

"You need a binding deadline; otherwise nothing will happen," she told the Die Welt newspaper. But Economics Minister Brigitte Zypries insisted that setting such a deadline would inflict too much harm on what was a flagship industry in Germany.

The nation is also divided over looming bans in city centers on older diesel cars below the Euro 6 emissions standard, after a regional court in Stuttgart last week paved the way for such a drastic measure, taking into consideration the health concerns of local residents.

Carmaker Audi will not need to pay compensation to car owners for the time being. However, this could change if proof emerges that the executives were aware that the parent company was tampering with emissions values.