A regional court in Stuttgart has ruled that municipal authorities in the city have not lived up to their pledges to improve the air quality in one of Germany's most polluted city centers. It urged "speedy action." 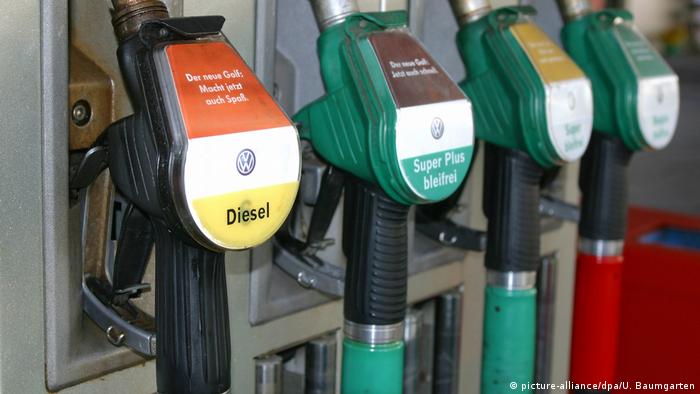 Stuttgart's regional administrative court ruled on Friday that authorities must step up their efforts to cut down on nitrogen dioxide levels in the air, with residents in the southern German city having been exposed to high levels of the poisonous substance for years.

The Stuttgart judges acted on a complaint by German environmental pressure group DUH, which maintained the southern German state of Baden-Württemberg had not done enough to reduce poisonous nitrogen dioxide in the air in Stuttgart.

The European Union had defined limit values for several harmful substances in the air, including nitrogen dioxide, which is produced by diesel engines. If those limits are exceeded, as has been the case in Stuttgart, authorities are obliged to come up with air quality improvement plans containing specific measures aimed at rectifying the situation.

The municipal authorities have presented a plan, which includes measures such as introducing speed limits in selected downtown areas, extension of the public transport system and  steps to make more public servants drive electric cars.

This type of ban had been considered an unpopular measure that regional authorities had been keen to avoid, hoping that refitting diesel engines, as promised by carmakers, with a view to reducing emissions would suffice to improve air quality.

The case has been followed closely by authorities in many other big German cities which are also grappling with poor air quality and are faced with growing demands by environmentalists and residents to ban at least older diesel cars in city centers.

The ruling is expected to be challenged by opponents who are likely to take the matter to the Federal Administrative Court later this year.

The sports carmaker has become the latest Volkswagen subsidiary to be dragged into the group's emissions cheating scandal, after the German Ministry of Transport ordered a recall of thousands of Cayenne diesel models. (27.07.2017)