US regulators have charged Volkswagen with manufacturing cars designed to evade pollution controls, and ordered the German auto giant to recall nearly 500,000 cars. They were all found to have illegal "defeat devices." 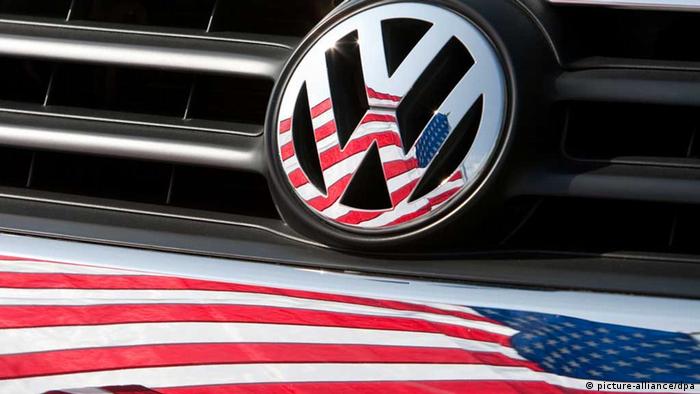 Volkswagen (VW), the world's biggest carmaker, could be faced with huge costs if allegations saying that it had manipulated emissions testing on its cars in the United States turned out to be truthful.

On Friday, US regulators accused Volkswagen of designing software that met clean-air standards during testing but not during normal operations. As a result, the cars were shown to emit greater quantities of pollution than allowed.

The US Environmental Protection Agency (EPA) has issued a "notice of violation" of the US Clean Air Act to the entire Volkswagen group in the US, which includes the upmarket brand Audi. The notice alleged that Volkswagen and Audi diesel cars produced between 2009 and 2015 included software designed to circumvent "EPA emissions standards for certain air pollutants."

The US state of California, which has strict emissions standards, is taking separate action.

"This has to be taken exceptionally seriously," Ferdinand Dudenhoeffer, a professor at Duisburg-Essen University, told the dpa news agency. The damage to the reputation of the company and that of other German companies could be immense, he added, saying that the accusations could impact "the entire German automotive sector."

As many as 482,000 diesel-powered cars are said to be affected. With fines theoretically costing as much as $30,000 per vehicle, VW could face a bill totaling more than $18 billion (16 billion euros).

EPA also ordered VW to fix the cars at its own expense, which would likely add further costs. The cars in question, all built in the last seven years, reportedly included the VW Jetta, Beetle, Golf and Passat models, as well as the Audi A3.

VW has declined to comment, saying the regulatory procedures were still underway, but it insisted that environmental protection measures were key to its business strategy.

"For this reason, Volkswagen is taking these allegations extremely seriously and is working closely and in cooperation with the investigating authorities," a company spokesman said.

The EPA said it had uncovered what it called "defeat device software" after independent analysis carried out by researchers at West Virginia University. The vehicles were all found to contain a device programmed to detect when they were undergoing official emissions testing, the EPA said.

The cars only turned on their full emissions control systems during that testing. The controls were turned off during normal driving situations, the EPA said, allowing cars to emit more than the legal limit of pollutants.

The EPA called on VW to fix the cars' emissions systems, but said the car owners did not need to take any immediate action. The violations did not present a safety hazard and the cars remained legal to drive and sell while Volkswagen came up with a plan to recall and repair them, the EPA said.

Despite the seriousness of the violation, the EPA said that VW would be given "a reasonable amount of time to develop a plan to complete the repairs," including both the repair procedure and manufacture of any needed parts. It could take up to a year to identify corrective actions, develop a recall plan and issue recall notices, the EPA added.

Frank O'Donnell, president of Clean Air Watch, a Washington-based advocacy group, said that the charges were appalling, accusing VW of "cheating not just car buyers but the breathing public."

"Volkswagen knowingly installed software that produced much higher smog-forming emissions from diesel vehicles in the real world than in pre-sale tests," he said.

High levels of emissions are linked to producing smog and causing health issues.

A subsidiary of Volkswagen once ran a ranch in the Brazilian rainforest. Decades after allegations of exploitation emerged, state prosecutors hope to reach a compensation agreement with the German carmaker.