Weapons business booming despite decline in sales: SIPRI report | World | Breaking news and perspectives from around the globe | DW | 05.12.2016

A new report by the Stockholm International Peace Research Institute (SIPRI) shows arms sales decreased last year. But that doesn't necessarily mean we are moving toward a more peaceful world. 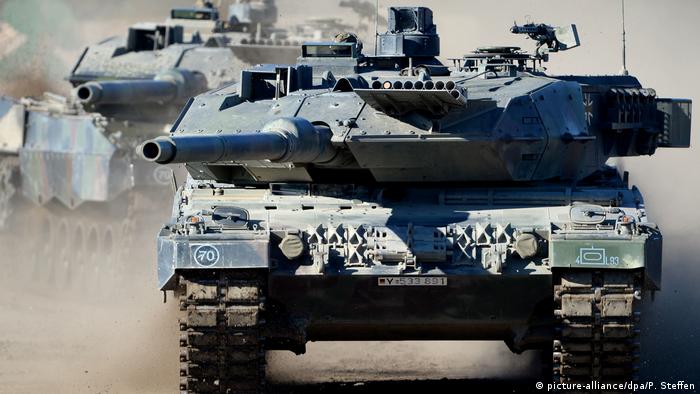 Arms sales went on a downward slide last year, falling by 0.6 percent compared to 2014, according to the latest analysis on the global arms industry by the Stockholm International Peace Research Institute (SIPRI). The trade had been experiencing a downward trend since 2011, but the reduction in arms sales last year showed that the pace of decline had slowed.

Despite the decrease, arms sales for the world's top 100 companies in 2015 reached $370.7 billion (348 billion euros), the think tank said in its study, indicating that the sinking numbers were no sign that the world was getting more peaceful.

"It [arms sales] has decreased, but it is still over a third higher than it used to be in the early 2000s," Aude Fleurant, director of the SIPRI arms and military expenditure program, told DW. "It is slowing down, possibly indicating a reversal of the trend since 2010. So it is difficult to say at this stage … There are contradictory trends all over the world and it is difficult to identify a clear trend so far," she added.

US firms remain on top

Companies based in the US dominated the arms business, with total sales amounting to $209.7 billion, or more than 80 percent of the total arms business in the world. Lockheed Martin maintained its position as the largest arms producer on the planet.

"It is very interesting to know that the companies that showed the most important decrease both in terms of real number of companies and their sales are the US ones," Fleurant said. "With minus 2.9 percent collectively, they are still decreasing their sales and that is what makes the downward trend in the total top 100. They are so heavy in terms of sales and they are so numerous - there are 39 companies ranked that make 56.6 percent of the total - that their results will affect the total results."

She attributed the downward trend to limits in US military spending, delays in deliveries of major weapons systems and the value of the US dollar, which negatively affected export sales. The study also said that many US firms had divested their military activities after troop withdrawals in Iraq and Afghanistan. Arms sales in Western Europe, on the other hand, underwent an upsurge after falls in 2014, with European companies in the top 100 list contributing $95.7 billion in 2015. Six French companies contributed about $21.4 billion. Fleurant said the result of such exports was a major surge in arms sales to Egypt and Qatar and by the aviation group Dassault, which sells Rafale fighter jets to India, among other countries. 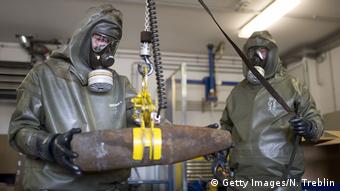 The Syrian conflict has been a major reason for weapons exports from West European countries, including Germany

Three German companies ranked in SIPRI's list boosted their sales by 7.4 percent over 2014 to $5.6 billion.

The 11 Russian companies ranked in the study reached $30.1 billion in 2015 - an increase of 6.2 percent. The sales indicated Russia's efforts to modernize its armed forces' capabilities through better companies.

Asian companies saw a rise in sales, with South Korean firms clocking a 30 percent leap since 2014. "The threat perception in South Korea is one of the major drivers of a very large, comprehensive weapons acquisition project which also aims to solidify the arms industry that has been created since the 1970s," Fleurant said, referring to Seoul's standoff with North Korea, which has conducted several nuclear tests in recent months.

"Emerging producers" like India and Turkey also increased their sales by 9.3 and 10.2 percent, respectively. Brazil's only company in the top 100 list - Embraer - showed a drop of 28.1 percent because of cuts in government spending.

China was the only prominent country missing from the list - a fact that Fleurant attributed to the lack of transparency in how Chinese companies presented sales. "These conglomerates are dual in nature. They have both commercial [meaning military] and civilian activities. And they do not necessarily report the breakdown between the two, nor do they give a definition of what is covered by their sales and who they are selling to," she said. 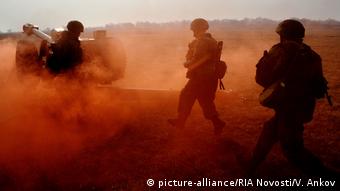 According to Fleurant, many Western companies, especially in Europe, need to export in order to sustain the production lines for their equipment, and selling weapons to other countries continues under the pretext of fighting for human rights and resolving conflict.

Fleurant mentioned the case of France, which "has sold Rafale aircraft to Egypt because of the fight against Islamic terrorism in the region. There is also the participation in the Syrian war and the Yemen war for Saudi Arabia."

Weapons production always has a reason, "which is to ensure stability, to deal with a specific threat that will be brought forward and which will not be considered compatible with the 'force of peace,'" Fleurant said.

SIPRI's report on global arms sales is one in a series of publications ahead of the SIPRI Yearbook 2017, which will include details of international arms transfers and world military expenditure data. The think tank is an independent organization that researches conflict and disarmament worldwide.

A manager at Germany's most important gun manufacturer has told a news agency that it is planning to stop sales to non-NATO members. But activists are skeptical about what the anonymous pledge really means. (29.11.2016)

Diplomacy and war games in the global arms trade

Moscow and Washington are rivals once again, using arms exports to boost their allies and frustrate each other's plans. The two countries are also renewing their own nuclear arsenals, researcher Siemon Wezeman told DW. (19.11.2016)