Weapons production weighs on Germany′s conscience | Germany | News and in-depth reporting from Berlin and beyond | DW | 28.07.2014 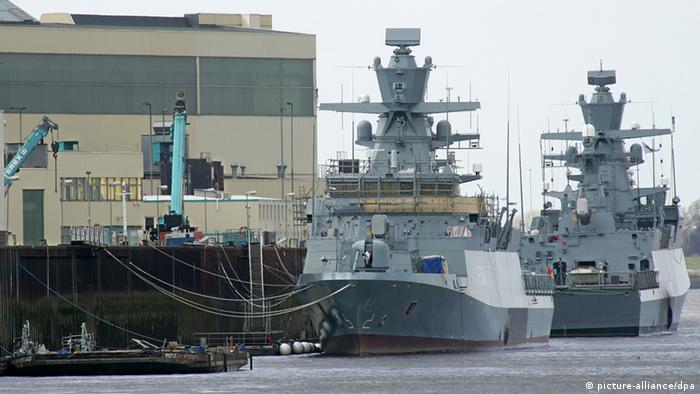 The Peene shipyard in northern Germany's town of Wolgast nearly saw its end in 2012, as the shipping crisis threatened to end 60 years of shipbuilding - and with it 500 local jobs.

Until an unexpected savior stepped in: The Lürssen Group took over the shipyard, bringing with it a lucrative 1.4-billion-euro ($1.9-billion) contract to build patrol boats for the Saudi Arabian coast guard. Wolgast thus became another German town dependent on exporting weapons and military materiel.

Such exports are controversial in Germany - a country that despite its stance as a global diplomat also continues as one of the world's largest arms exporters - especially since not all of these exports went to democratic allies.

The Left Party, the successor party to the East German communists, is the only party in the German parliament seeking a ban on weapons production. Yet despite this, local Left politicians in Wolgast publicly welcomed the shipyard work.

Local Left politician Lars Bergemann justified this by saying that families have to feed themselves somehow, and should have a decent standard of living. He described the Left Party platform as a compass, adding, "But sometimes I have to ask: is that practical?"

Left Party arms expert Jan van Aken in Berlin believes there should be no wiggle room on the official stance to ban arms exports - jobs shouldn't play into the equation, he believes. "It's supporting an oppressive regime, with weapons," he said. "I think that's just wrong." 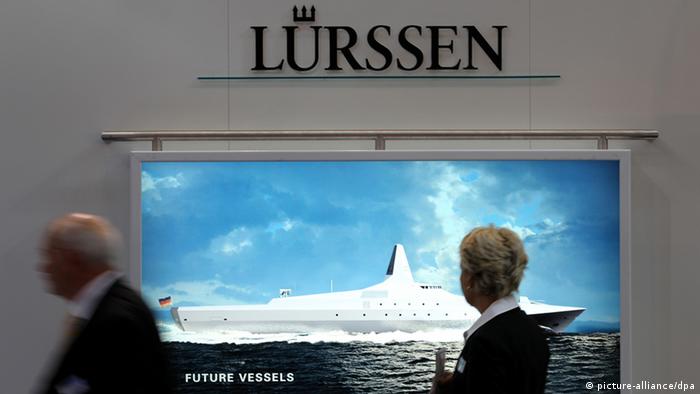 Another 360 jobs are supposed to be added to the 300 that the Lürssen Group now offers at the Peene shipyard. There are few other employment opportunities in the structurally weak region, which even in good months experiences double-digit unemployment rates.

But van Aken sees that as no excuse: "You can't put jobs over the lives of people, that is not okay."

Bergemann, a local politician for 15 years, is very familiar with how conditions in the region make shipyard work appealing: his own father was an engineer there, and he understands his constituency of businesspeople seeking prosperity and shipyard workers needing incomes to pay high mortgages. He argues for pragmatism.

Wolgast didn't have a choice in taking the contract for the coast guard boats, Bergemann claims. The Saudi government in Riad offered up the contract, the German Security Council in Berlin approved the export. The German government even offered up a bond for the work.

Lürssen, based in Bremen, decided to start building the boats 2015 - in Wolgast. "My work as a local politician is to say: 'Great, our people have work," Bergemann said. This doesn't mean he agrees with the type of work being done - there just wasn't any other option. 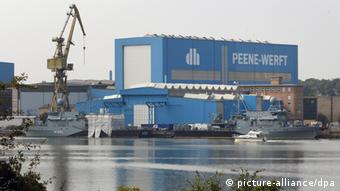 The Peene shipyard filed for bankruptcy in 2012

Van Aken, on the other hand, thinks the Wolgast shipyard should have switched to civilian work years ago. Since this didn't happen, Wolgast opened itself to extortion by the arms industry. And every single worker should carry the moral responsibility, he argues.

"As a worker, you should consider if you want to work at building instruments of murder, that do in fact get used," van Aken said. "Every weapon finds a war, and people get killed," he said.

Bergemann, for his part, despite having gone against party lines, continues as a Left Party politician. In city elections a few weeks ago, he even doubled his vote.

A major German business group has come out in favor of tougher action against Russia over the Ukraine conflict. The group represents German exporters to eastern Europe. It had previously warned against Russia sanctions. (25.07.2014)

The debate about arms exports is heating up again in Germany. The economy minister wants to reduce the amount of German military equipment exported abroad, but Angela Merkel's party prefers to protect arms dealers. (22.05.2014)