A major German business group has come out in favor of tougher action against Russia over the Ukraine conflict. The group represents German exporters to eastern Europe. It had previously warned against Russia sanctions. 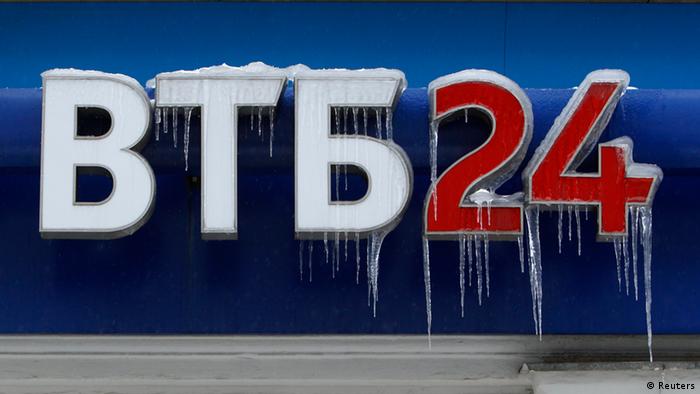 Germany's influential Committee on Eastern European Economic Relations on Friday changed its tone against Moscow, saying it would support sanctions against Russia if President Vladimir Putin failed to cooperate on stabilizing the situation in Ukraine.

It was now imperative that the Russian president uses his influence on the pro-Russian separatists in Ukraine, the committee's chairman Eckhard Cordes told German business daily Handelsblatt.

Drawing a red line on Putin's Ukraine policy, he said that German businesses would no longer "follow him on the path" he had chosen.

"Business will implement what the government and EU decide. If they say Russia is not cooperating enough and we are applying tougher sanctions, we'll back that 100 percent," Cordes said. "If the price has to be paid, we will pay it."

Earlier on in the Ukraine crisis, German business leaders repeatedly warned against tough sanctions on Russia, saying it could cost thousands of jobs in Germany's export-oriented industry and push up energy prices in Europe.

Other German business lobby groups have also begun taking a tougher tone against Moscow, especially since the downing of a Malaysian plane last week over eastern Ukraine, killing 298 people. That incident has been widely blamed on pro-Russian separatists.

EU ambassadors are presently meeting in Brussels to discuss options to escalate sanctions against Russia. Although wider punitive measures are unlikely to be agreed before next week, the diplomats are said to have found common ground on adding more people and entities to the EU's asset freeze list.

Moreover, a proposal is circulating that would ban European investors from buying new Russian debt and shares of banks owned 50 percent or more by the state. Other proposals include an arms embargo, although diplomats said it would apply to future deals, excluding the delivery of a French warship to Moscow that is scheduled for October.

The moves would mark the first time the EU has gone beyond asset freezes and visa bans targeted against the inner circle of president Putin.

But in the interview for Handelsblatt, Cordes warned that measures and possible countermeasures must not lead to a "sanctions' spiral." Planned sanctions targeted at the Russian financial sector would hurt the most and show an immediate effect, he added.

Measures curtailing exports, and bans on the delivery of weapons and energy sector equipment would take much longer to show an effect.

Fighting in eastern Ukraine continues after a passenger airplane was allegedly shot down. One weapon in particular keeps coming into play: the Grad rocket launcher. Kyiv accuses Moscow of supplying it to the separatists. (25.07.2014)

As mourning continues for the 298 people killed in the Malaysia Airlines crash in Ukraine, few hard facts about the disaster's causes are available. DW reviews the past week's mix of sketchy details and speculation. (24.07.2014)