Following repeated nuclear tests from its northern neighbor, South Korea has announced more sanctions against North Korea. Nearby Japan also says it will impose additional sanctions on the hermit nation. 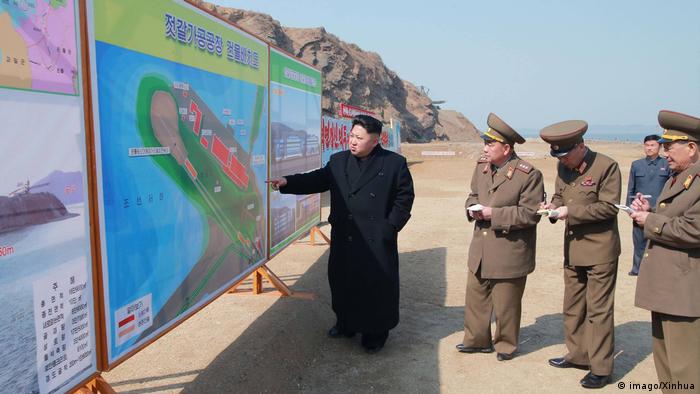 South Korea announced sanctions Friday including against a China-based company for allegedly assisting a North Korean bank that is under UN sanctions. The US Justice Department unsealed criminal charges against the company, Dandong Hongxian Industrial Development Co., earlier this year.

Seoul also said it was blacklisting dozens of North Korean officials and entities from doing business with South Koreans. Two of North Korean leader Kim Jong-Un's closest associates, Choe Ryong Hae and Hwang Pyong So, were on the list.

These sanctions are seen primarily as symbolic, and come two days after the UN Security Council voted for stronger sanctions on North Korea, placing a cap on coal exports, the country's largest export. The UN sanctions also ban exports of North Korean copper, nickel, silver and zinc, as well as the sale of statues.

Japan said it would renew sanctions against North Korea as well on Friday. Chief Cabinet Secretary Yoshihide Suga said, "It is a new phase of threat that North Korea forced, carrying out nuclear tests twice this year and launching more than 20 missiles, and it is enhancing capability. Japan absolutely cannot tolerate these acts of violence."

North Korean state news agency KCNA reported Kim Jong-Un saying during an artillery drill hours after the UN sanctions were announced, "If a war breaks out, such a deadly strike should be inflicted upon South Korean forces to completely break their will of counteraction at the start and make a clean sweep of them. Nobody and nothing would survive."

North Korean leader Kim Jong-Un has heralded the test of a new medium-range missile that can reach US military bases across the Pacific. The UN Security Council has met to consider a response. (23.06.2016)