Merkel: China and US can team up to peacefully sway North Korea | Germany | News and in-depth reporting from Berlin and beyond | DW | 13.04.2017

Merkel: China and US can team up to peacefully sway North Korea

The German chancellor has called for the two nations to put diplomatic pressure on Pyongyang to curb its nuclear ambitions. She also called for a peaceful resolution to the conflict in Syria. 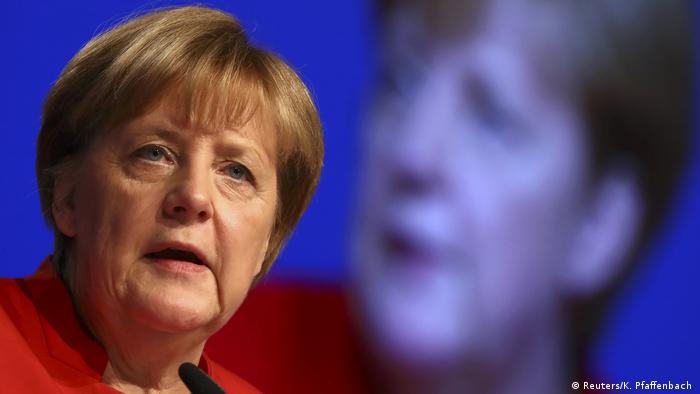 In light of growing concern about North Korea's nuclear program, German Chancellor Angela Merkel told the German media group Funke on Thursday that she believes political pressure, rather than military might, can de-escalate the threat.

"I don't put my trust in military means, but rather in political pressure being exerted on North Korea from different sides," Merkel commented, adding that it was in the world's interest to prevent the country from gaining nuclear arms.

She also called for the United States and China to work together and exert political pressure on Pyongyang.

"If China and the United States do that together, it won't be without consequence," Merkel said. 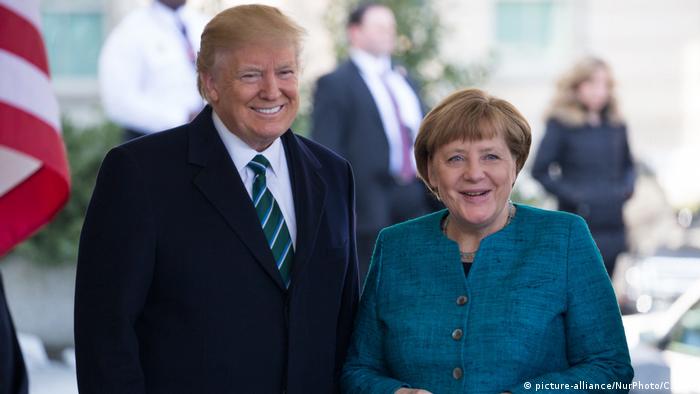 The chancellor's comments came one day after China's President Xi Jinping similarly advocated a peaceful solution to tensions with North Korea, during a telephone conversation with US President Donald Trump.

At the end of last week and just days after North Korea fired several ballistic missiles into the East Sea, the US sent several warships, including an aircraft carrier, towards the divided Korean Peninsula - a move Pyongyang described as American aggression.

The move reflected Trump's promise to act unilaterally as needed on the question of North Korea. The United States' primary fear is that Pyongyang could develop a nuclear missile capable of reaching the west coast of the US.

However, in a sign of potential further diplomatic cooperation between Washington and Beijing, Trump on Wednesday indicated he was willing to relax US trade policy on China in exchange for aid in addressing North Korea.

Chancellor Merkel also called for a political solution to the ongoing six-year civil war in Syria under the framework of the United Nations. She reiterated her view that the US airstrike against a Syrian air force base was "understandable" given the chemical weapons attack on Syrian civilians earlier in the week, which the US has attributed to Syrian President Bashar al-Assad.

"After the understandable US reaction [to the poison gas], everything must now be undertaken under the umbrella of the United Nations and together with Russia to find a political solution to Syria."

Russia, which supports al-Assad and provides military aid to pro-government forces, has insisted that only Syrians themselves can decide on a political transition for the war-torn country. However, Merkel insisted that al-Assad cannot be permitted to remain in power, a view which the Trump administration similarly voiced aloud during a visit on Wednesday by the US secretary of state to Moscow to discuss the Syrian conflict.