German election: What is Angela Merkel′s foreign policy legacy? | Germany | News and in-depth reporting from Berlin and beyond | DW | 06.09.2021 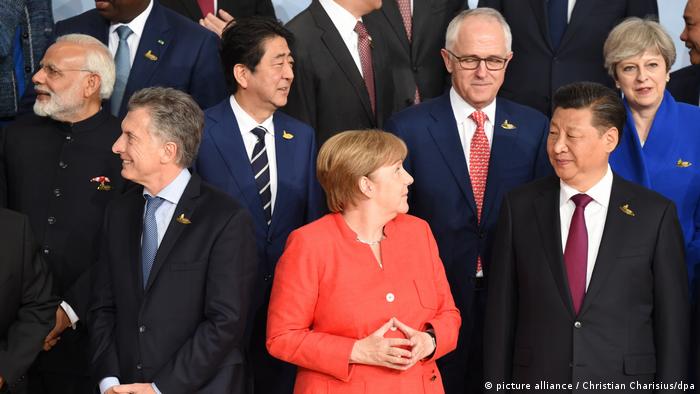 Hardly anyone outside Germany knew who Angela Merkel was when she first became chancellor in 2005. And hardly anyone could have imagined how much she would shape world politics.

She quickly found her feet, both at home and abroad. From the beginning, she largely shaped her government's approach to foreign policy herself, rather than leave it to the foreign minister. As host of the G8 Summit, held in the Baltic coast resort of Heiligendamm in 2007, she was already dealing confidently with the most important heads of state and government in the world. In retrospect, it looks like an almost idyllic world. 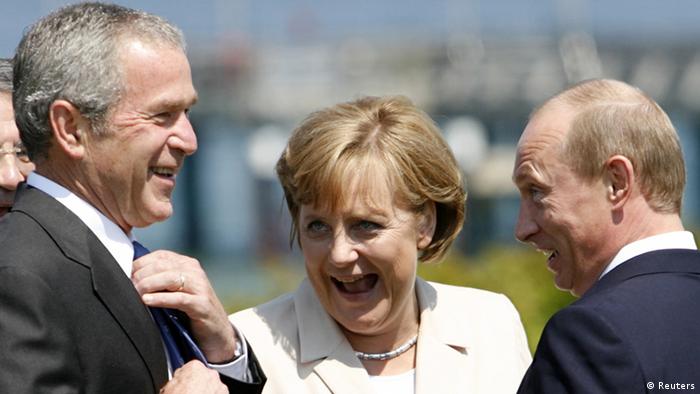 Angela Merkel hosted a G7 summit with George W. Bush and Vladimir Putin in Heiligendamm in 2007

Germany takes the lead in the euro crisis

However, the chancellor would soon have to switch to crisis mode: In 2008 the global financial crisis broke out. The euro, one of the strongest symbols of European unification, came under pressure. "If the euro fails, then Europe fails," Merkel warned.

Under Merkel, the nation with the strongest economy in the EU reluctantly took on the leadership role in Europe. On one hand, the German government forced tough austerity and reform measures on the particularly indebted countries: in Greece, some critics even drew parallels with the German occupation during World War II. On the other hand, Merkel approved extensive European aid. Germany's liability for the debts of other countries increased massively.

The fact that the remainder of the EU, on the whole, accepted Germany's new leadership role is also due to Merkel's sensitive demeanor. She combines a "culture of restraint" with a "culture of responsibility," as political scientist Johannes Varwick from the University of Halle put it in an interview with DW. 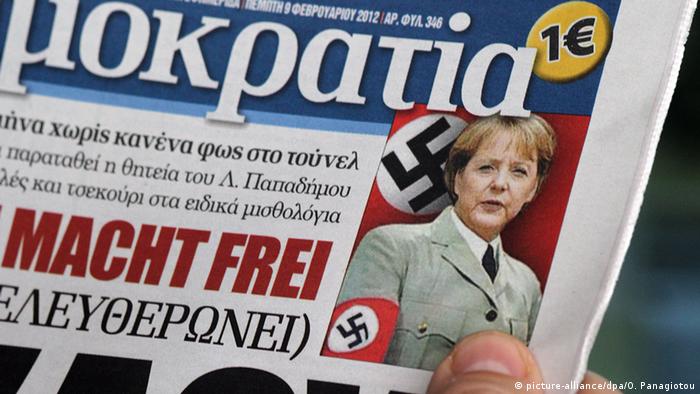 Germany's growing role also created a power imbalance with France. Merkel was expressly committed to this closest partner; the media even invented the portmanteau Merkozy because of her good cooperation with then-President Nicolas Sarkozy.

But she let the demands of various French presidents — most recently Emmanuel Macron — for a deepening of the EU, for example by creating a eurozone finance minister, fizzle out.

That was a "missed opportunity," according to Henning Hoff from the German Council on Foreign Relations. And there has been an "increasing alienation" from France, political scientist Varwick told DW, adding that Merkel had "no great visions" with regard to deepening the EU. 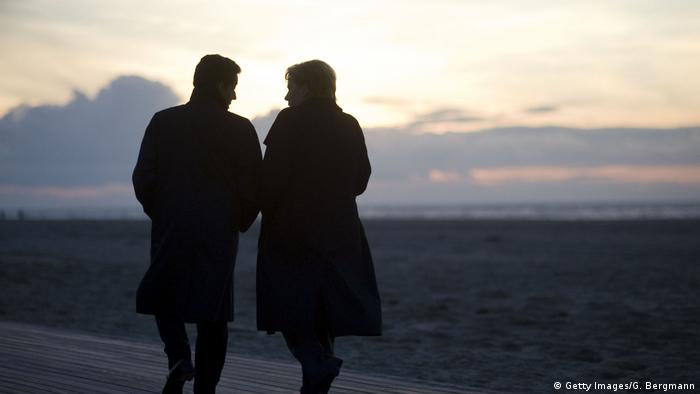 Apart from this, the chancellor continued the foreign policy of earlier governments: objective, businesslike, without big gestures, in good agreement with all sides where possible — always with an eye toward Germany's worldwide economic interests.

This paid off: Trade, especially with China, grew rapidly. Merkel often traveled to China and seemed fascinated. Hoff saw from her an "admiration of Chinese economic power bordering on awe." Questions of human rights were only cautiously brought up by her there. 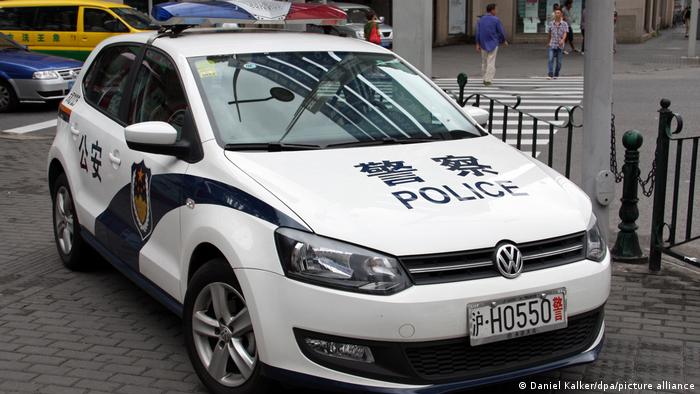 Nothing made Merkel more famous worldwide — and nothing polarized public opinion more on her domestically and internationally — than her decision to keep Germany's borders open for the hundreds of thousands of refugees and migrants coming to the country in August and September of 2015. She justified this with Christian charity — as well as with her experience as a citizen of the communist former East Germany, the GDR, with its impenetrable borders. Merkel posed for selfies with Syrian refugees — Germany became a place people from all over the world looked to in hopes of a better life.

She was chosen as "Person of the Year" by Time magazine, dubbed "Chancellor of the free world." Others, especially governments in eastern European Union countries, resented her for trying to impose her generous asylum policy on the whole of the EU. Since then, right-wing populism in Europe has significantly increased. 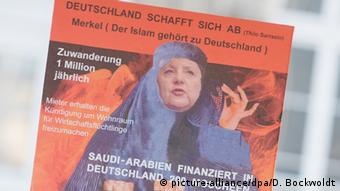 Relations with Washington cool down

Merkel was initially an ardent supporter of a close trans-Atlantic relationship. As an opposition politician, she even advocated for the Iraq war of US President George W. Bush, something the vast majority of the German population rejected at the time.

But relations cooled under her tenure, also because under Bush and his successor Barack Obama the US was increasingly orienting itself toward Asia. Under Obama, who in retrospect described Merkel as his most important foreign policy partner, it was revealed in 2013 that the US secret service had spied on the chancellor for years. Merkel was outraged: "Spying among friends, that is unacceptable," she said.

The global political situation changed: Russia annexed the Ukrainian peninsula of Crimea in 2014; the British voted in a 2016 referendum to leave the EU; shortly afterward, Donald Trump became president of the United States. With his slogan "America first", he thumbed his nose at multilateralism.

With a view to the US, Merkel stated with disappointment in 2017: "The times when we could fully rely on others are to an extent over."

Hoff attests to her the "extraordinary ability to hold Europe and the West together and keep conflicting parties in dialogue." She tried repeatedly to do just that in the Ukraine-Russia conflict but was ultimately unsuccessful. This ability was demonstrated, however, when she held fast to the German-Russian natural gas project Nord Stream 2, which was opposed by the US and eastern EU countries.

Right at the end of her chancellorship, in mid-August — to the surprise of Berlin and Washington — the consequences of a colossal misjudgment by the US, but also by Merkel, were demonstrated. Shortly after the withdrawal of Western troops, the Taliban took over the whole of Afghanistan at lightning speed. Everything Germany had tried to achieve for the civilian population there is now in danger of being lost. The German government reacted much too late and argued over whether and how to take in local Afghan employees who now fear the bloody revenge of the Taliban. The debacle is already likely to go down as one of the low points on Merkel's record in governance.

'Nothing can be taken for granted'

Merkel has never been a stirring speaker; she hardly exudes enthusiasm. But, especially during times of crisis, she showed what Varwick describes as "a mixture of pragmatism, assertiveness and personal robustness."

Hoff also sees her as a "tireless crisis manager," who has "accomplished a great deal." However, Merkel was "always primarily concerned with preserving the status quo." She had "used the crises too little as opportunities for new beginnings and fundamental change," for example, promoting steps toward greater integration in the EU.

Varwick sums up Merkel's approach to foreign policy this way: She has understood "that Germany has global interests and, on the one hand, Germany is too small to achieve things by itself. On the other hand, because of its size and role in Europe, it is condemned to leadership."