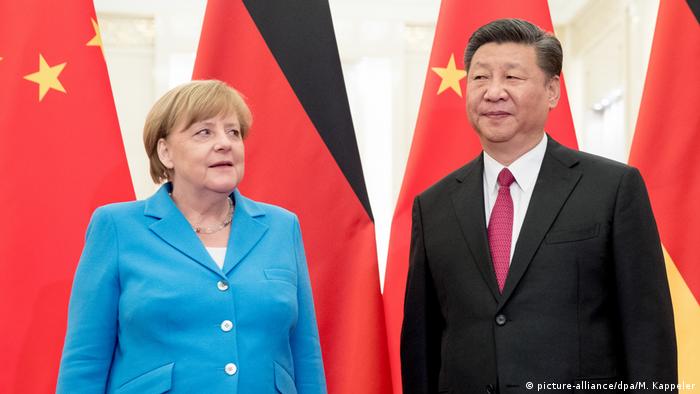 Sometimes working partnerships of many years' standing can hit stumbling blocks. Common ground has been exhausted while respective visions of the future diverge further and further. Two parties can no longer really get along — but cutting ties is no longer an option either.

Berlin and Beijing seem to be moving toward this point. At Wednesday's sixth German-Chinese government consultations, both sides alluded to their differences.

"China and Germany have differing views on certain questions. That is an objective fact," Chinese premier Li Keqiang said at the start of the talks. He said both sides should "respect core interests" and communicate "on the basis of equal treatment and non-interference in each other's internal affairs." On this basis they could create favorable conditions for continued smooth cooperation, he argued.

German Chancellor Angela Merkel alluded to past criticisms from Germany on human rights issues in China, and called for more such discussions, also between the two countries' justice ministers.

"It is an exchange that covers common ground but sometimes also sees different points of view," she said in her opening statement.

The halfway house on Huawei and 5G

The most recent example of friction came on April 23, when the German government passed the "second law to increase information technology system security." Ignore the mouthful of a name, what the new law really aims to do is regulate the Chinese mobile communications supplier Huawei.

Under the law, Huawei will not be barred from participating in the expansion of the 5G network in Germany, but high barriers will be put in place. Previously, Beijing's ambassador in Berlin, Wu Ken, had openly threatened that Beijing would "not stand idly by" if Huawei were excluded from the 5G network.

But there are other tricky points: the massive persecution of the Uyghur minority in Xinjiang; the suppression of democracy in Hong Kong; Beijing's aggressive actions in the South China Sea and the Chinese government's threats against Taiwan. For Germany, the sources of conflict with China are growing.

But at the same time, economic relations continue to flourish and intensify. In 2019 (the most recent year with complete statistics), China was Germany's largest trading partner for the fourth year in a row. German car manufacturers sell more vehicles in China than domestically. 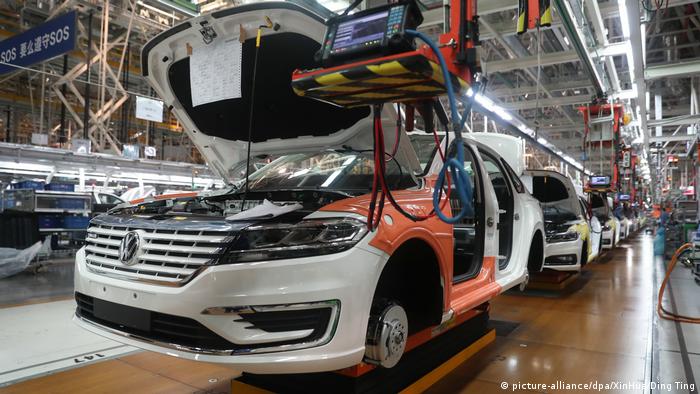 China is a bigger market for the German auto industry than Germany, not to mention a core production hub — this factory is in Shanghai

From partner to rival

The Sino-German intergovernmental consultations, launched by Chancellor Angela Merkel, have been going on for a decade. This kind of high-level government dialogue is reserved for particularly close partners.

In 2014, German-Chinese relations were upgraded to a "comprehensive strategic partnership." But since then, the mood in Berlin and other Western capitals has experienced a sea change.

In March 2019, the European Commission identified China as a "systemic rival." The bloc said that China not only opposed the Western model of democracy and market economy with its authoritarian brand of market-driven communism. It also said that its economically successful authoritarian rule had become something of an export to other despots around the world.

So it is doubtful whether Wednesday's digital meeting will result in a declaration as resounding as the one adopted at the last intergovernmental consultations in 2018, when the joint paper was entitled "Responsible partners for a better world."

In it, Germany and China committed themselves, among other things, to the "primacy of the rules-based international order," to the human rights conventions signed by both sides, and to support for the United Nations and its goals.

These goals were most likely intended as a message toward Washington, where then-President Donald Trump had made no secret of his distaste for the international order and its institutions.

Just as then, Washington plays a key role. Now the backdrop is the growing power struggle between the United States and China. For a long time, economic interdependence and the global division of labor were seen as guarantors of peace. In the new geo-economic thinking, they become a risk: dependencies could be exploited. That's why the term "decoupling" is in vogue.

But decoupling would not be simple. Germany's economy is extremely internationally interconnected. This is one of the reasons why Foreign Minister Heiko Maas felt compelled to declare after talks with his Chinese counterpart Wang Yi last week that, despite all the challenges, a "decoupling" of China and Germany would be the wrong way to go.

German Chancellor Merkel and China's state and party leader Xi Jinping also spoke on the phone ahead of the intergovernmental consultations in early April. Xi called for the EU and China to "eliminate disturbances," according to China's state-run Xinhua news agency. Relations face "various challenges," he said. China was hoping that Europe "achieves its strategic autonomy," Xi Jinping continued, according to Xinhua — in comments probably partly aimed at the US.

In March, the EU imposed sanctions against China for the first time since 1989 — because of human rights violations in the Xinjiang province against Muslim Uyghurs.

In return, China imposed sanctions on scientists and members of the European Parliament. This is the same European Parliament that has yet to approve the investment protection agreement that the EU and China signed late last year — after seven years of negotiations. From Berlin's perspective, this agreement was one of the major successes of the German EU presidency. The Chinese sanctions make it all the more doubtful that the MEPs will ever let it pass. 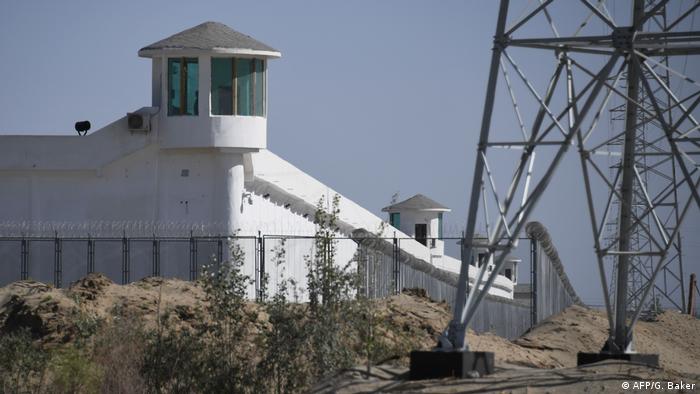 Beijing's treatment of the Uyghurs could have further repercussions: The US has raised the possibility of a boycott of the 2022 Winter Olympics in Beijing. So far, the German government is keeping a low profile on this issue. A spokeswoman for the German Interior Ministry resorted to stressing the "autonomy of sports" when asked at the beginning of April, strongly hinting a boycott was a non-starter.

The Bundestag will discuss in mid-May whether the treatment of the Uyghurs should be labeled "genocide."

Progress has been made, on the other hand, in cooperation on climate and environmental protection. On Tuesday, German Environment Minister Svenja Schulze and her Chinese counterpart Huang Runqiu signed an agreement to this effect. Schulze explained that a detailed discussion also focused on the question of how the Chinese government can achieve its goal of becoming carbon-neutral by 2060.

Relations remain fraught, complicated and at times contradictory. Tackling such a difficult relationship will be difficult for Germany on its own, and could be best dealt with in a European context.