Some EU leaders are attending a mini-summit in Brussels. They'll discuss differing approaches to how the bloc can deal with a sustained stream of migrants and refugees seeking a new life in Europe. 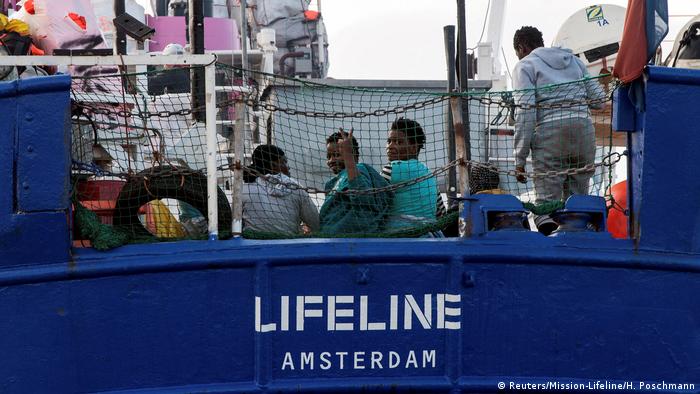 The leaders of 16 EU member states gathered in Brussels on Sunday for an "informal working meeting" hastily arranged amid a crackdown on NGO rescue ships operating in the Mediterranean Sea. It is taking place ahead of a critical EU summit on Thursday and Friday.

Recent disputes, mainly in Germany and Italy, have exposed divisions on migration and asylum policy — which the EU has been trying to overhaul since the 2015 migrant crisis — between EU member states. 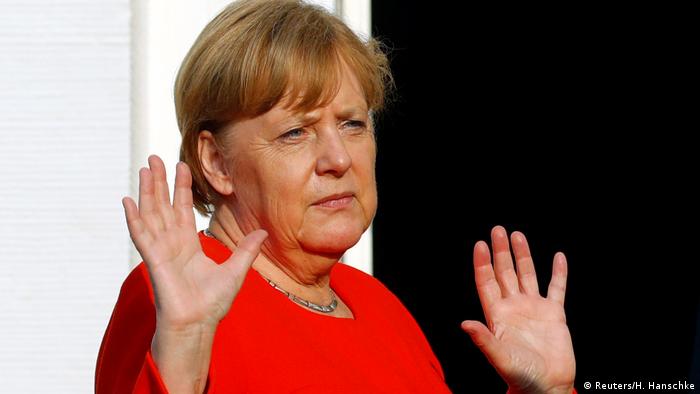 German Chancellor Angela Merkel faces a political dilemma. Germany's new hard-line interior minister, Horst Seehofer, has given her until the end of June to curb new migrant arrivals. Failing that, he vowed to turn back migrants at the border, which means many will likely have to return to Italy under the so-called Dublin regulations. Under the Dublin rules, asylum-seekers must be processed in the country in which they first arrive — often Italy, Greece or Spain.

Italy's new populist government has refused to admit foreign-flagged NGO ships with hundreds of people on board. After turning away the Aquarius, which later docked in Spain, Italy said it would block the Lifeline vessel operated by the German NGO Mission Lifeline. It has been waiting since Thursday after picking up 239 people between Libya and the Italian island of Lampedusa in the Mediterranean.

Malta also refused both the Aquarius and Lifeline permission to dock at its ports.

'Forget about' docking in Italy

On Saturday, Italy's interior minister, Matteo Salvini, hardened his stance. He said migrant rescue ships could "forget about" docking at Italian ports. The Italian coast guard echoed that sentiment, telling boats in Libyan waters to "turn to" Libya when in distress.

"From now on, under the SOLAS Convention (Safety of Life at Sea), captains who are at sea in the area in front of Libya will have to turn to the Tripoli Centre and the Libyan Coast Guard for help," said Salvini.

Italy's defense minister, Elisabetta Trenta, later clarified the coast guard's position. "We are talking about the section of the sea that is close to Libya, which has been delimited and that we call the Search and Rescue area (SAR)."

"There, the Libyan coast guard is in charge and has been trained by our coast guard to carry out this task. It has all the skills and the means to do so," Trenta said in an interview with Italian television channel SkyTG24. She pointed out that Italy would never deny migrants their rights. "Italian navy and coast guard boats, when there is a need, will always save a migrant in difficulty."

Meanwhile, Salvini on Saturday accused French President Emmanuel Macron of "arrogance" for turning back migrants at the French-Italian border and appearing to minimize Italy's migrant problem. Salvini said that France would not transform Italy — which has taken in nearly 700,000 migrants since 2013 — "into Europe's refugee camp."

France's human rights ombudsman Jacques Toubon also criticized the French response to the Aquarius rescue ship, telling the Journal du Dimanche newspaper that the migrants should have been allowed to enter the country.

The leaders of Hungary, Poland, the Czech Republic and Slovakia — the Visegrad group nations — said they would not attend Sunday's meeting of EU leaders in Brussels. All four EU member states are opposed to the EU's 2015 scheme to redistribute asylum-seekers across the bloc.