Chronology: How COVID has spread in Germany | Germany | News and in-depth reporting from Berlin and beyond | DW | 29.06.2021 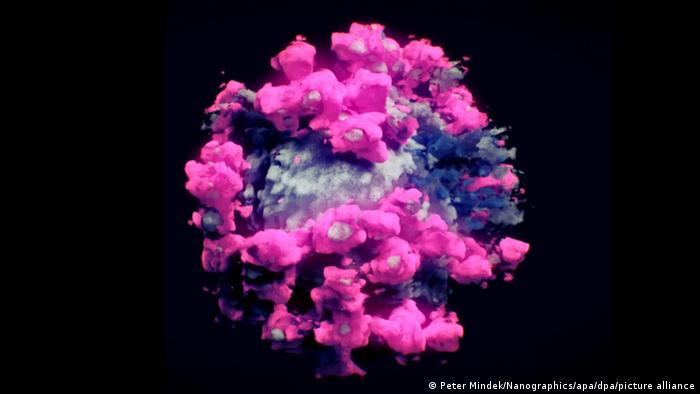 Germany has been battling SARS-CoV-2 since January 2020

On January 27, 2020, Germans' worst fears are confirmed when an employee for a company based in the southern Bavarian town of Starnberg tests positive for SARS-CoV-2. The man is one of several employees who have had regular business contacts with people from China.

On March 8, 2020, the first death linked to COVID-19 is registered. Two days later, the virus is reported in all of Germany's 16 federal states.

The small town of Heinsberg in North Rhine-Westphalia becomes the country's first coronavirus hotspot after a cluster of infections is reported following local Carnival celebrations.

On March 18, Chancellor Angela Merkel speaks to the German people in a television address to the nation.

Her choice of words can hardly be more dramatic: "It is serious. So, please take it seriously. Since German Reunification — no, since World War II — our country has never faced a challenge that has so urgently required us to pull together in solidarity with each other."

On March 22, 2020, those dramatic words are followed by drastic measures: a partial lockdown. It brings many restrictions on public life. Restaurants and cinemas are closed. As are schools and day care centers for young children. International travel is restricted/ Visits to care homes and homes for the elderly are no longer permitted. People suffering from serious illnesses and those close to death may no longer be cared for by their loved ones. Many people begin to get used to what is called "remote work": that is, working from home.

April 2020: As the economy drifts into the doldrums, parliament, the Bundestag, responds by putting together an unprecedented emergency relief package worth €156 billion ($183 billion). Social democrat Finance Minister Olaf Scholz raises eyebrows when he describes the package as "this is the bazooka we are using to do what has to be done."

Supermarkets stay open — for customers wearing masks. Many people resort to panic buying, hoarding above all ... toilet paper. Some products are even rationed in order to make sure that everybody gets a fair share.

Health Minister Jens Spahn, of the conservative Christian Democrats (CDU), is suddenly seen as the man of the hour.

There is a lot of talk of "new heroes."Supermarket cashiers, for instance. Or doctors and health care specialists in hospitals around the country. During the first months of the pandemic, people take to their balconies each evening to applaud health workers.

Intensive care units in hospitals, meanwhile, are stretched to the limit.

The March lockdown appears to have the desired effect. Infection rates are down. Many people signal that the government is doing a good job. There is plenty of praise, too, from abroad for what is seen as Germany's efficiency and clarity. And Germans seem largely willing to accept the restrictions that are imposed.

After all, they are nowhere near as painful as in Italy, Spain or France. It is still possible to stay in regular contact with a small group of friends and family. And the clampdown on freedom of movement is limited.

May's outbreak among migrant workers in a slaughterhouse shines the spotlight on working and living conditions in Germany.

Unlike in other countries, Germany's health system more or less holds up. While Merkel warns that caution remains the best policy, the chief ministers of the 16 federal states tend to push impatiently for restrictions to be lifted. And they prevail, with a gradual easing of lockdown measures: Schools reopen, restaurants also open for business with strict hygiene standards, and the economy begins to pick up.

On May 4, Germany's first corona lockdown is over after seven challenging weeks.

On June 16, the German government's so-called Corona-Warn-App goes into operation. It is a smartphone-based tracing and warning system designed to let users know when they have been in contact with someone who has tested positive for COVID-19.

Meanwhile, protests against the remaining COVID restrictions become more fierce. A group describing themselves as "Querdenker" ("lateral thinkers" who move against the flow) believes that the restrictions still in place amount to an infringement of their fundamental civil liberties.

At the end of August, police units in Berlin are ordered to move in and break up a demonstration with nearly 40,000 protesters because of infringements of hygiene rules. Some of the demonstrators are Querdenker. Others, though, are from militant far-right circles and groupings like the "Reichsbürger." An attempt is made to occupy the steps of the Reichstag building.

At the same time elsewhere, most people are enjoying the summer — despite the social distancing and the masks. Are they allowing themselves to be lulled into a false sense of security that the worst is perhaps over?

As people's minds begin to turn to the autumn, a second wave of the pandemic slowly takes hold. In August, the number of new infections is already running at more than 1,000 a day. By mid-September, that number has doubled.

At the end of September, Merkel is warning that, if nothing is done, Germany could look forward to a Christmas with as many as 20,000 new infections a day.

But things move even faster. Berlin imposes a curfew in October. And on November 2, 2020, a new package of measures known as "Lockdown Light" is announced. Meetings in public are limited to two households and a maximum of 10 people. Many businesses in the catering, hospitality and tourism sectors again have to close down, as in the previous spring. The economy is still on track, and, for the time being, at least, schools are open.

But those hoping that the second wave might be "broken" before the arrival of the Christmas season are hoping in vain.

The turn of the year begins with a vaccination rollout in Germany based on the vaccine developed by BioNTech-Pfizer. But the campaign is already two weeks behind the one launched in the UK. The EU is accused of lacking the necessary urgency to get the vaccine approved. So, vaccination efforts get of to a slow start. The logistics are a challenge. Production stalls. Now, Germany no longer stands as a model for how to combat the virus. 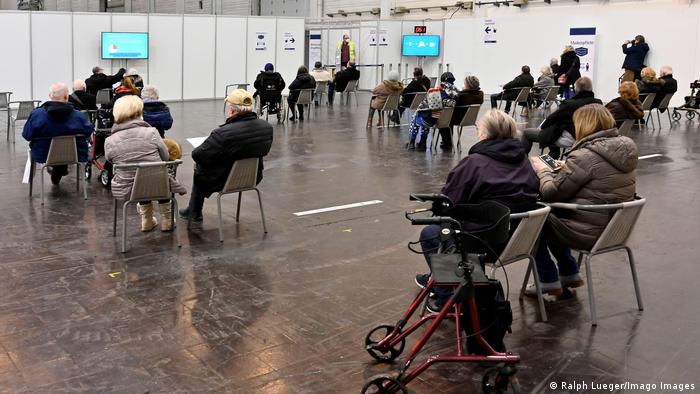 And suddenly the talk is of a third wave.

On January 6, 2021, the German government sees no alternative to the next strict lockdown. Restrictions are stepped up and, in many instances, extended. Speaking in Berlin, Merkel says she believes that "this pandemic is a once-in-a-century event, a natural catastrophe of sorts."

But the lockdown begins to have an impact. Toward the summer, the number of infections falls. The third wave does indeed seem to be broken. The vaccination progress becomes tangible. Merkel has her first COVID-19 shot. Once again, and step-by-step, restrictions are removed.

June 2021: The government has promised that by the autumn all German citizens will have had the opportunity to be vaccinated. At the end of June, about 55% have in fact had at their first injection. But only 35% are fully inoculated(you can find the vaccination figures here on the German "Impfdashboard")German virologists have however warned, that 85% of the population would have to be fully vaccinated for a so-called herd immunity to set in for the delta variant. So the threat is still very real.

Berlin's prestigious Robert Koch Institute for disease control and prevention points to the highly concerning delta variant of the virus, which was first identified in India but is now spreading in Germany.

On June 28 it already accounted for 50% of the new infections in Germany.

Only full inoculation seems to offer protection against severe symptoms. Experts agree that it appears to be significantly more dangerous than other variant forms and will be the predominant variant in Germany by August.

Again, travel restrictions are being implemented. (Here you can find the German government's travel information in English)

With most children not viable for vaccination, the debate over whether or not schools will turn into coronavirus hotspots has been rekindled.

July 2021 while many areas of Germany roll back restrictions amid low COVID-19 case numbers, the country's incidence rate began to rise steadily again.

Germany's public health body, the Robert Koch Institute (RKI), registered a steady increase from the low-point of 5 new infections per 100,000 inhabitants over a seven-day period at the beginning of the month.

Politicians in Germany and business organizations have warned against re-introducing curbs arguing that the vaccination rate should play a stronger role in pandemic decision-making. People who are vaccinated are expected to suffer less severe symptoms and recover quicker, even if infected.

In mid-July figures from the RKI show that  42% of all people living in Germany are fully vaccinated.

This article has been translated from German. It has been updated to reflect current developments.

A brief history of pandemics

Long COVID in Germany: Recovered, but still not healthy

Of the 3.6 million people in Germany who have contracted the coronavirus, some have been sick for many months. Doctors fear they are falling through the cracks.