The German capital has implemented a nighttime curfew in response to a dramatic increase in COVID-19 cases. On the first night of the new regulations the mood was somber in the Friedrichshain district, a virus hot spot. 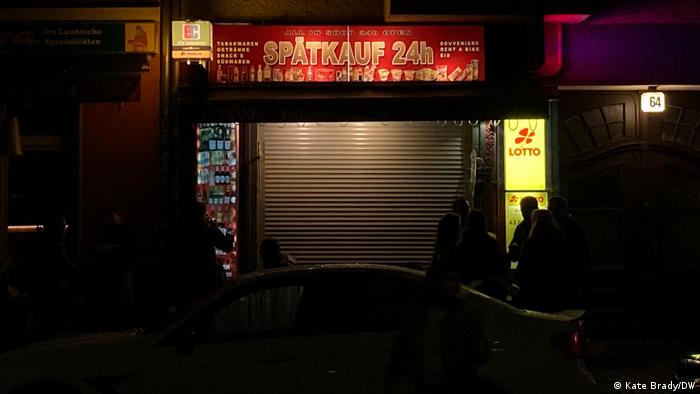 It's just before midnight in Berlin's bustling Friedrichshain district and the curfew is about to begin.

Leaving a Späti — the Berlin colloquialism for a kiosk — a group of friends is struggling to haul a crate of beer outside into the heavy drizzle, joking that they need to stockpile supplies — or, as Germans would say "hamster" — before the new curfew kicks in.

Over on the next street, the last of the doner kebab meat is being deftly sliced away from the enormous metal skewers, packed into flatbread "to go."

Further along, however, at an Instagram-ready bar bursting with plants, there's less urgency as drinkers nurse their craft beers or sip cocktails that have been barely touched.

Midnight comes and goes. In the minutes after, outdoor seating begins to slowly clear. Tables and chairs are chained together, while the sidewalks begin to fill up with groups of Friday night revelers not ready to go home.

Berlin's busy nightlife faces a curfew for the first time in more than 70 years. From local Berliners, setting the world to rights over a Pilsner behind the net curtains of an Eckkneipe, a traditional corner pub, to the weekend clubbers partying well beyond sunrise on Sunday, Berlin's anything-goes nightlife has become synonymous with the German capital, especially since the fall of the Berlin Wall.

But with daily coronavirus cases rapidly increasing, Berlin's laissez-faire nights are over for the time being. All businesses, including bars, restaurants and late-night shops now have to close between 11 p.m. and 6 a.m. starting this Saturday until at least October 31. Businesses that violate the curfew can expect fines of up to €5,000 ($5,900).

Bar owner Salama has been serving locals here for 25 years.

"In the current situation, I think it's the right thing to do," he says, collecting the ashtrays from the tables, with "Love Shack" by The B-52s blaring from the sound system inside. But he has concerns about the long-term effects, estimating that he'll lose about 15% of his business due to the curfew.

"I'll be OK for now," he says. "But it depends on how long the new measures last." 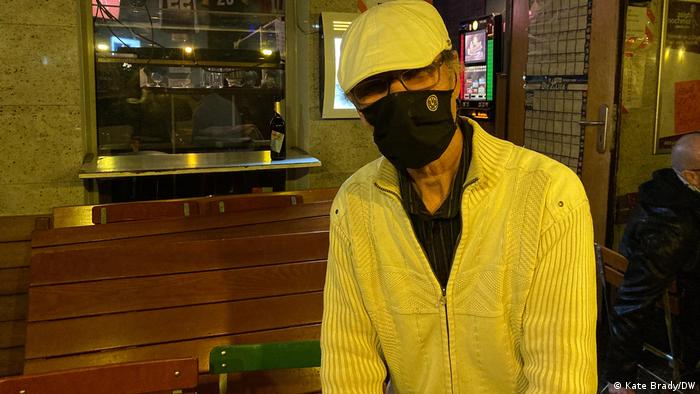 Meandering home, Gerd, Patrick and Johann, all in their mid-50s, agree that the curfew is "absolutely necessary."

"At our age, I think we're technically in the high-risk group, but even we want to go enjoy a beer on a Friday night," Gerd laughs.

"But now it's time to escape the danger zone," Johann says, waving to the groups of 20-somethings cracking open their last-minute kiosk purchases on the sidewalk. "Look at them all getting closer together. Something tells me they're not going to take the curfew so seriously."

Alarm over surge in coronavirus infections

Under the rules of the new curfew, the number of people allowed to meet outside after hours will be limited to five, or to members of two households.

Among the people huddled in front of the neon-lit storefronts is 25-year-old Eilen and 34-year-old Dominik.

"It's all a massive mistake," says Eilen. "At the end of the week, we just want to go and party. But, yet again, Berlin's club scene is being targeted — when, actually, I've been in a club recently and people were wearing masks much more than in restaurants."

Dominik says he believes Berlin's authorities are looking for a scapegoat. "The clubs and bars are having to pay the price for coronavirus. But the real problem is the private parties," he says. "These celebrations at home, where no one's keeping distance or wearing masks." 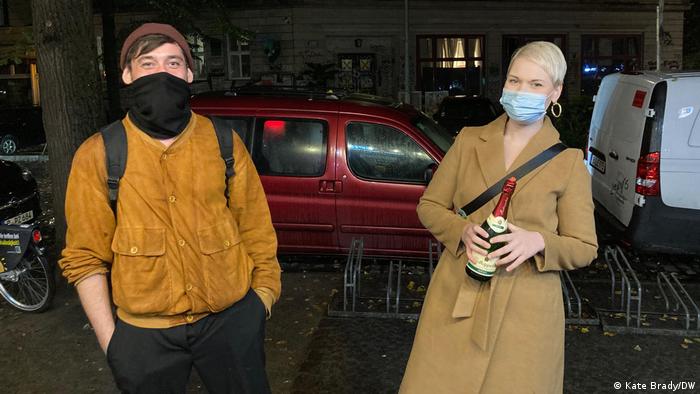 'The real problem is the private parties,' says Dominik (left)

"The problem could get worse if people start to have more parties indoors instead of being in bars," he adds. With that, they set off in search of the next best thing — a bottle of Rotkäppchen sparkling wine cradled protectively in Eilen's arms.

They're not the only ones unhappy with the new measures. Lutz Leichsenring, spokesperson for Berlin's Club Committee, said on Friday that the curfew was just a political gesture. In the past weeks and months, clubs and organizers have "behaved responsibly almost without exception," he said.

Read more: What you need to know about coronavirus tests

As an alternative, the association has proposed setting up rapid testing areas in front of clubs. Tests would be voluntary, at the expense of the clubgoer and under the supervision of "trained medical staff." According to experts, however, results from these tests aren't as accurate as laboratory tests.

Meanwhile, several Berlin restaurateurs have already taken legal action against the curfew. A decision on an urgent application to Berlin's administrative court isn't expected until next week.

It's almost 1 a.m. in Friedrichshain. An hour after the curfew began a police car crawls along a cobblestone side street, the officer in the passenger seat peering out of the cracked open window. The Lebanese takeout on the corner is the only place illuminating the dimly-lit road. With the local public order officers already off duty, it's up to the police to enforce the curfew.

But not tonight, it seems. They drive on. Watching them drive by, takeout employee Douad leans out of the serving window to survey the street.

"I don't understand why they have to close the restaurants," he says. "The situation is serious. But look at the inner-city trains. People are like sardines in there. I avoid using public transport now. It's scary. And yet it's the restaurants that have to close."

On a normal night, he'd be getting ready for the wave of revelers looking for a late-night snack. "No one's on their way here now, because everything's already closed," he says. "We need to work. We have bills to pay, family to look after."

Chancellor Angela Merkel and mayors of 11 large German cities have agreed on stricter controls for urban areas exceeding the government's threshold for concern. Berlin, Frankfurt and others have hit the warning level.

Amid the coronavirus pandemic, countries worldwide continue to restrict entry and most travel remains discouraged. DW Travel offers a brief recap of where travel is permitted — and how to get the latest info.