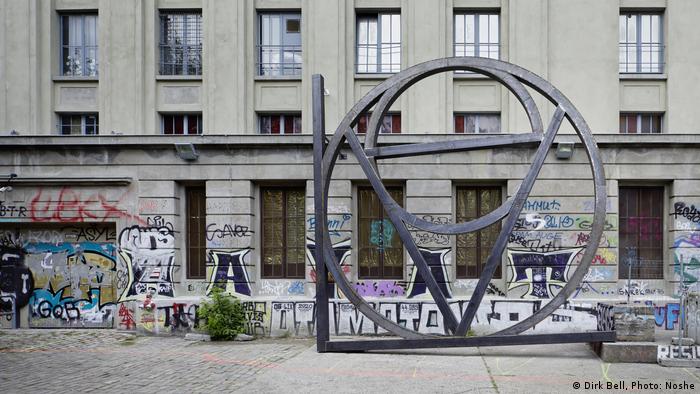 The famously selective bouncers atBerghain have turned away many a hopeful techno lover from the doors of the internationally lauded Berlin nightclub.

Since April, the coronavirus has kept everyone out of the former power station and 3,500-square-meter club. However, a banner by artist Rirkrit Tiravanija hanging on the front of the vast venue with the words "Morgen ist die Frage" (Tomorrow is the question) heralds a change: From Wednesday, September 9, visitors can book online tickets for a socially-distanced exhibition of contemporary art in its hallowed halls. 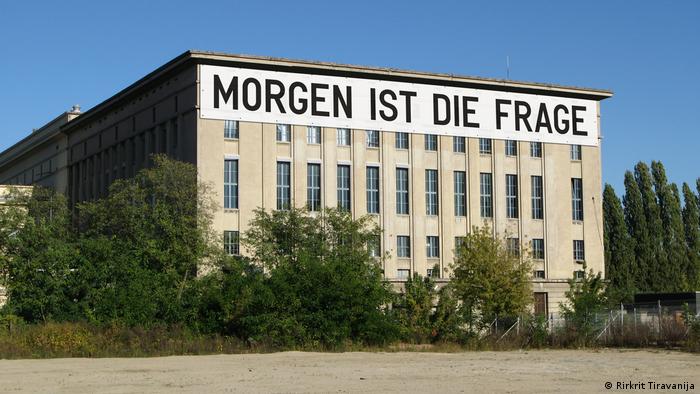 As nightlife across the globe shut down due to the pandemic, the art economy was also disrupted, with canceled exhibitions, art fairs and festivals. However, a collaboration between private art collection Sammlung Boros and Berghain has found an innovative way to open the club's doors again and provide a welcome platform for Berlin-based artists.

From an art collection housed in a former bunker

The artworks in Studio Berlin were selected by Sammlung Boros, the collection of German advertising mogul Christian Boros and his wife Karen, housed in a WW2 concrete bunker that was once a nightclub — where Berghain's founders held their first club night in the 1990s. 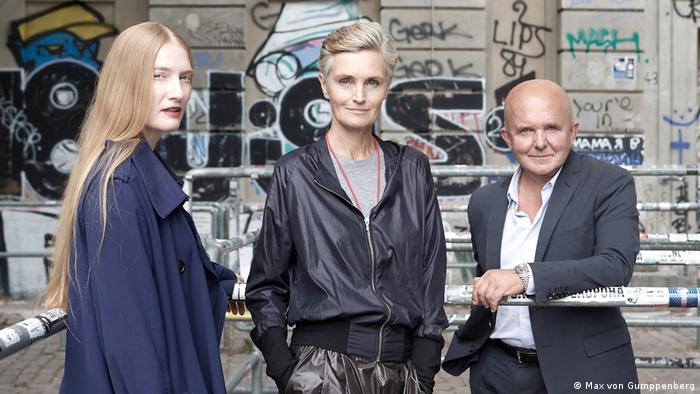 From left to right: Juliet Kothe, director of the Boros Foundation, Karen and Christian Boros

The idea arose from conversations with Berghain, said Karen Boros and Juliet Kothe, director at Sammlung Boros, which then led to studio visits: "We have strong ties to artists living in the city and when we approached them, they had further suggestions on who to involve […] and introduced us to emerging artists."

International art stars alongside up and coming names

Spread across the dance floor, Berghain's vast Halle, two bars and even the bathrooms, the exhibition — fittingly for a city that has the highest density of artists in Europe — aims to be "a celebration of Berlin as a studio," said Christian Boros.

Among the 115 works, some such as Tacita Dean's commemorative postcard print for the year 2020 depicting shit falling from the sky and Ketuta Alexi-Meskhishvili's polaroids of cut flowers (the only work the artist could fit in around caring for her children during lockdown) refer directly to the pandemic.

Some artists mine their relationships with the venue: Couple Petrit Halilaj and Álvaro Urbano first met at Berghain and have hung an oversized pink paper lily over the very spot; He Xiangyu has a favorite corner at one of the bars next to which now stands a plaster sculpture of himself as a small boy about to open his first can of soda.

Berghain itself provides the canvas for works such as Cyprien Gaillard's engraving Land of Cockaign (made directly into the metal end panel of a toilet stall) and Emeka Ogboh's sound installation of Lagos street recordings plays through the club's sound system.

A platform for younger artists

Surprisingly, the big international stars known for their large scale works such as Katharina Grosse and Olafur Eliasson keep things fairly modest: Grosse with a small painting on plywood and from Eliasson an installation of three curved mirrors. "He only wanted to reflect the work of his colleagues," said Christian Boros. Instead, it's rising star Raphaela Vogel who presents a sprawling installation of video and sculpture in a subterranean level of the Halle that includes large models of the Arc de Triomphe, Statue of Liberty, Tower Bridge and Berlin's Siegessäule (Victory Column).

Many artists, such as Shirin Sabahi, had already started work on the projects they are showing: Her video Lung documents the annual collapse of the inflated dome over a Berlin public swimming pool. For Sabahi, the "Studio Berlin" exhibition has provided more than compensation for coronavirus cancellations: "I had projects canceled during lockdown which were financially a loss and I do show in Berlin, but this is by far the biggest show I've been in here." 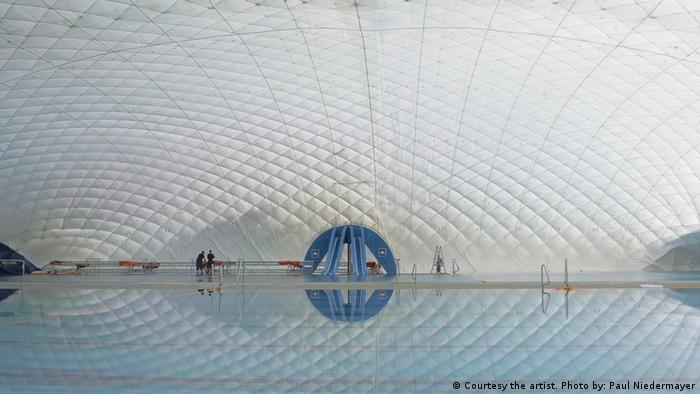 A still from Shirin Sabahi's 'Lung'

Secrecy and art at Berghain

Photography is strictly prohibited inside the exhibition, but this isn't because Berghain is uncomfortable with its new artistic bedfellow. It's in keeping with their usual secrecy: Clubbers have stickers placed over their phone cameras on entry, and the owners never speak publicly.

Berghain is in fact no stranger to art: In 2016 the club successfully petitioned to have itself deemed a "High Art" institution by a German court, albeit for tax purposes. A Norbert Bisky painting hangs above the entrance hall, and this July a sound installation by artist duo tamtam was hosted there.

Although proceeds from Studio Berlin tickets will go to Berghain, it won't compare to normal business revenues and as clubs around the world try to stay afloat during the pandemic, art may not be the most unusual thing to arrive on dance floors.

In Berlin, "financial help from the State only covers one or two months at a time, so clubs are being very creative. Comedy, music and theater events are planned and bar Sage Beach and the KitKatClub are working on a seated outdoor fetish festival," said Lutz Leichsenring of Berlin's Club Commission.

And Berghain is not alone in turning to art to get the public back on its dance floors: Legendary gay club SchwuZ is also opening an art exhibition on September 9, a solo presentation of paintings by German artist Fausto.