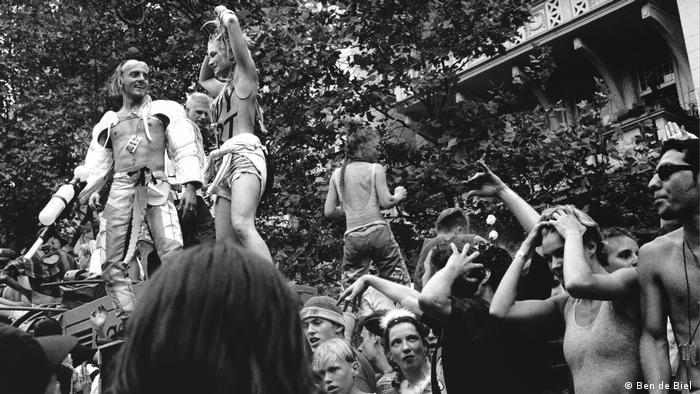 'Loveparade Ku'damm, 1992': photo from the C/O Berlin exhibition 'No Photos on the Dance Floor! Berlin 1989-Today'

"After the Wall came down it was a process of coming back together as one," says Dr. Motte, DJ and founder of the Love Parade, about the creation of a "new culture" on the dance floors of reunified Berlin.

It was July 1989 when Dr. Motte put on the first Love Parade, a techno music and dance festival on West Berlin's Ku'damm high street that was registered as a demonstration for "Peace, Joy and Pancakes." At the time, he and the 150 people who danced through the city had no idea that the Wall would soon fall — nor that an incipient electronic music scene would draw millions to the streets of reunified Berlin.

Speaking near his studio in Berlin's Wedding district three decades later, Motte remembers how quickly the city came together in the acid-house infused underground in 1989. On Thursday November 9, the night the Wall fell, East German devotees of club music that they could only hear on West Berlin radio crossed the border and packed into the Ufo, a renowned Kreuzberg club. As both sides of the city danced together that night, an inclusive club movement would continue to break down barriers, to "dance for a better world," as Dr. Motte puts it. 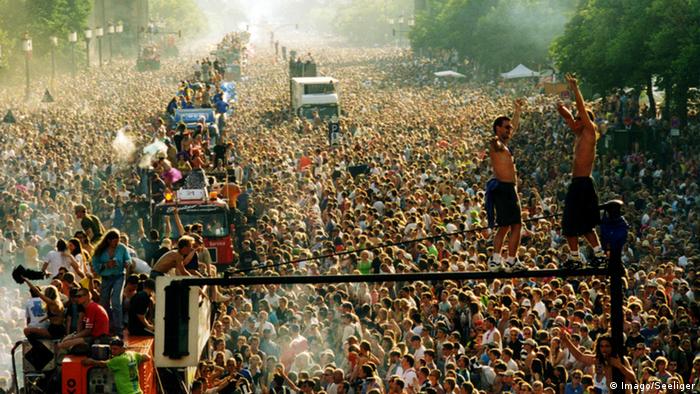 By 1997, over a million people were dancing as one at the Love Parade

In the wake of the Wall's fall, an unregulated gray zone of abandoned buildings hosted Berlin's electronic dance music awakening. Anything seemed possible in these vast post-industrial spaces, which included the former power stations that would host epic techno clubs like E-Werk, and later the storied Berghain.

"The Wall came down and we suddenly found new spaces to create our own way of life," says Dr. Motte of the lawless borderland between two long cut-off worlds. "It was the best thing that ever happened to us. You cannot imagine." 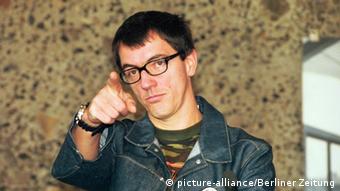 Dr. Motte pictured at the Love Parade in 2000

One temporary club night called Planet began after Dr. Motte's collaborators found an abandoned factory with running electricity on the Spree River, long the city's natural divide. It started in May 1991, and hundreds were soon dancing at the illegal Planet parties, for which artists like Danielle de Picciotto, then Dr. Motte's partner and Love Parade co-conspirator, hauled in decorations and installations to create imaginary worlds.

A couple of months later, Planet had a float at the Love Parade where thousands of revelers now gathered under the motto, "The Future is Ours."

"In Berlin there was this eager anticipation, everywhere there was this feeling of community," remembered Frankfurt-based DJ Sven Väth, a techno pioneer who danced down West Berlin's main boulevard that year (pictured left in the top photo during the 1992 Love Parade).

The Sound of the Family

Also in 1991, Dimitri Hegemann, the owner of pioneering club Ufo who had also started Berlin's ongoing Atonal experimental music festival nearly a decade prior, discovered an abandoned bank vault under the destroyed Wertheim department on Leipziger Straße ("Leipzig Street") in the former East, close to where the Wall once stood. There he created the club called Tresor ("vault" in German), and a label of the same name. It soon released a track produced by 3 Phase and featuring Dr. Motte called "Der Klang der Familie" ("The Sound of the Family") that became the soundtrack of the times.

Tresor quickly became an important hub for the emerging Detroit techno sound that was spreading from the US overseas. "The people were so open to what we were doing," remembered Blake Baxter, the self-styled Prince of Techno who started coming to Berlin from Detroit to play at Tresor in the early '90s. "And we weren't getting that sort of love in the states because they weren't ready for that sort of thing," he explained in the documentary SubBerlin: The Story of Tresor. 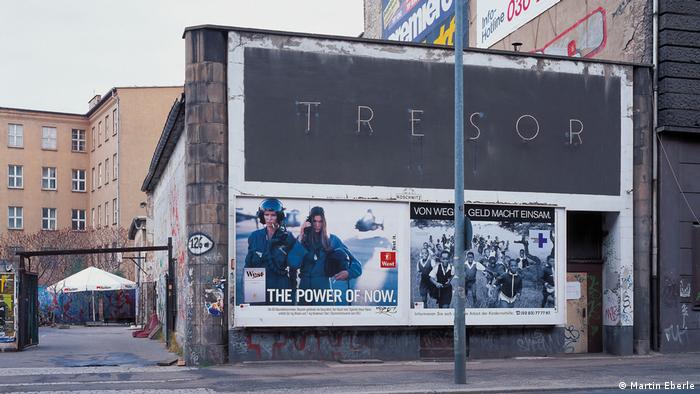 "It was as if North and South Korea would now reunify, and all the young people would start to dance together to a new kind of music," says Felix Hoffmann about the spark for Berlin's club culture revolution. He is chief curator of the current "No Photos on the Dance Floor! Berlin 1989 — Today" exhibition at the C/O Berlin gallery, which runs until November 30.

Hoffman says this feeling still existed when he himself came to Berlin as an art student in 1997. Nomadic clubs still occupied temporary spaces; among them was Kunst & Technik, which combined installations, performances and pounding techno and was located in a former bunker complex in Berlin's Museum district. A reporter from The New York Times gushed in 1999 that Kunst & Technik "demonstrates that right now, in this city, anything is possible." That year 1.5 million people turned up at the Love Parade.

Read more: Berlin celebrates the power of techno as the Tresor turns 25

The "No Photos on the Dance Floor!" exhibition struggled to collect images of a culture that utilized film and photography, but where taking images of people in sacred club spaces was and remains frowned upon. But the curators managed to unearth rare images by iconic photographers like Wolfgang Tillmans of the LGBTQ+ clubs that became so central to Berlin's dance music culture.

Tillmans' exterior photo from the year 2001 of a club night called Snax not only captures how the queer scene also utilized temporary venues in the former East Berlin (in this case, a former railway warehouse where the club Ostgut was located), but also reveals the foundations of what would became Berghain, the legendary temple to techno — and where Snax nights still happen.

It's also no accident that, true to its roots, the name Berghain fuses the names of the districts of Kreuzberg and Friedrichshain on either side of the Spree — and previously on either side of the East-West divide. As a symbol of city's tolerance, the club also banded together with 70 other venues to organize a huge city rave in 2018 to oppose a gathering by the far-right party, the Alternative for Germany (AfD). 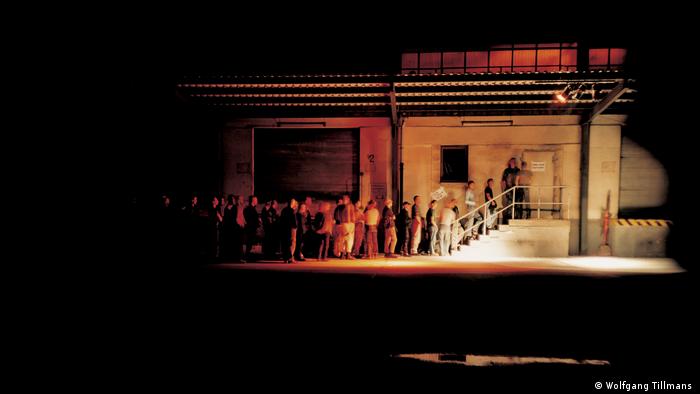 'Outside Snax Club, 2001' by Wolfgang Tillmans

According to the Clubcommission Berlin, dance clubs in the city currently generate around €1.5 billion ($1.66 billion) annually. Nonetheless, Dr. Motte says Berlin's unique electronic music and club culture needs to be protected from property developers and urban renewal — which is why Rave The Planet, a new nonprofit limited company co-founded by Dr. Motte, will apply to have it listed as part of UNESCO's Intangible Cultural Heritage in 2021.

Australian DJ Claire Morgan, Berlin-based since 2012 and a regular performer at clubs like Berghain and ://about blank, agrees that the scene retains something special. "Berlin still has more space and freedom than most major cities," she says. "The electronic music community is strong, diverse and continually evolving."

And there are still no cameras on the dance floor, she notes, referring to a citywide ban on phones and cameras in venues that, in her opinion, uphold the "beautiful ethos of clubbing as a safe space to experience music and connect with others."

Dr. Motte, meanwhile, is appropriately playing a gig on November 9 at Tresor, which has been housed in a former power station on the Spree since 2007, to celebrate 30 years since the peaceful revolution prevailed and another began. Everyone is invited.

Many compare Berlin in the '90s to New York in the '70s. The entire city was as a playground for art and night life. An exhibition recalls wild times in the exotic, unpredictable and productive capital. (10.08.2018)