American artist and Love Parade co-founder Danielle de Picciotto left the German capital three years ago in search of a city just as inspiring. She's embarked on new artistic ventures, but her suitcase remains in Berlin. 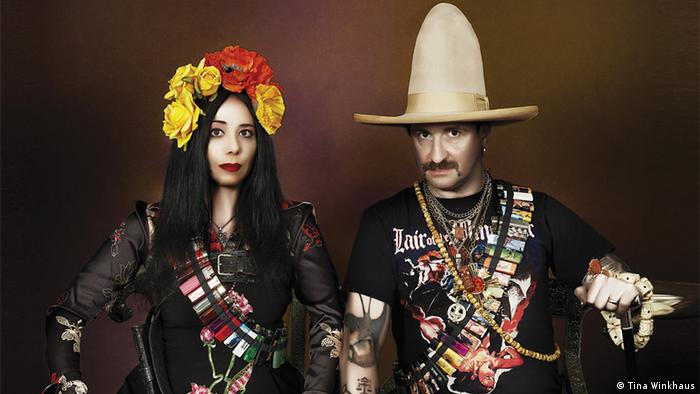 When Danielle de Picciotto visited shabby West Berlin as a 22 year-old in 1987, she had finally found home. Within days of arriving in the divided city, she met an entourage of artists, musicians and impresarios with whom she has collaborated ever since. Picciotto founded the Love Parade in 1989 with pioneering techno DJ and then-partner Dr Motte, set up clubs with genre-bending music trailblazer, Gudrun Gut, and currently creates art, performance and music projects with husband Alexander Hacke of Berlin band, Einstürzende Neubauten. 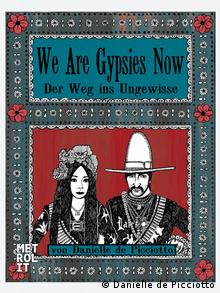 Picciotto describes her life at the forefront of Berlin's creative underground in her memoir, "The Beauty of Transgression," completed in 2010 when she and Hacke decided to leave the capital. In her subsequent graphic novel, "We Are Gypsies Now: der Weg ins Ungewisse" (The way into the unknown), published in March, Picciotto illustrates their initial 18-month search for a city to inspire them like Berlin once did. As Picciotto told DW, she wonders if such a place exists.

DW: How did you feel when you first arrived in a divided Berlin?

Picciotto: I had a friend I met in Cologne and went to visit her, and she lived in this amazing huge Kreuzberg loft (flatmates included Roland Wolf, then keyboard player with Nick Cave and the Bad Seeds). It was the first time I felt at home. I hated every single place I ever lived before because I always felt like some kind of misfit, always felt uncomfortable, always felt I'm an alien. My father came to visit and said it was the ugliest city he had ever seen. I'm like, what are you talking about, it's the most beautiful city I've ever seen.

How was it different to New York? 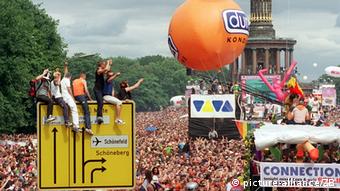 New York was so dangerous. It was a daily occurrence that something horrible would happen. New York was also extremely competitive. People would be killing each other to get a job. Here nobody needed a job. You could get by with a couple of days in a cafe. You didn't have to fight. That whole atmosphere of friendly curiosity was incredible. That's why the Berlin creativity at that time was so different.

You were living with Dr Motte with a view of the Wall when you both founded the Love Parade in 1989. Months later, the Wall came down. How did it change things for the creative scene?

I saw the whole thing collapse right in front of me. It was just a feeling of complete anarchy, it was so amazing. You would walk down the street and around the corner, and it was like you were in a new city. Every day something would be different, something would be torn down or built up or discovered. It was like wow, what can you do here? People were playing around with these crazy ideas, opening huge cultural centres like Tacheles, or clubs like E-Werk and Maria am Ostbahnhof.

You helped Dimitri Hegemann establish the legendary Tresor techno club in 1991 - set up in a bank vault under the destroyed Wertheim department store - and later founded the Ocean Club with Gudrun Gut at the venue. It seemed that many of these Berlin creatives were part of a close-knit family. 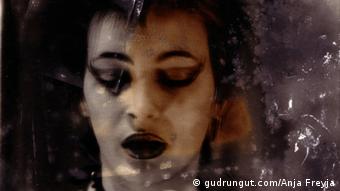 Everything was just so incredibly interrelated. Everybody knew each other. Everybody that did Tresor or E-Werk or Neubauten or the Love Parade, they all came out of the same circle. They all sort of multiplied into these different ideas and directions, but when I came here they all knew each other and they would all go to the same events.

When Dimitri (Tresor) did the Geniale Dilletanten (an early 1980s collective of experimental musicians including Gudrun Gut and Blixa Bargeld), he also did the first Atonal Festival in 1980, where Neubauten performed. Everybody was performing at the same things.

When did you start feeling that you might actually want to leave Berlin?

I started getting restless in 1995. For me, that was when things started becoming normal. A lot of people don't understand that Berlin back then was not a fashionable city, it was not a trendy city. It really was a city of outsiders. People from the mainstream spoke about it as oh yeah, those crazy people from Berlin. And that's the difference nowadays. People are coming to Berlin because it's the epitome of what trend is.

Have you found anywhere that might come close to Berlin since you left in 2010? 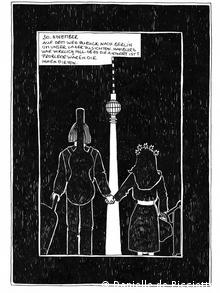 'Back then Berlin was a city of outsiders," Picciotto said

The only thing that's comparable is Detroit. But Detroit is so incredibly dangerous, it's like New York was in the 1980s, only 10 times worse. We worked there a lot last year, we made a record with Crime and the City Solution (an Australian-Berliner band from the 1980s). We were there for almost five months, and it's fascinating, it's so amazing. It's the most interesting city in the world at the moment from my perspective. There's really great people there, there's a lot of artists moving in and doing really interesting projects. But it's dangerous.

How do you feel when you come back to Berlin?

It's hard to say. I think the most difficult thing for anyone who experienced Berlin during that time is not to compare it to what it used to be. But it's like someone once said, if you've lived in Berlin once, it's kind of makes it impossible to live anywhere else after. We've been traveling now for three years, and its kind of horrible because we're not happy here, but we can't find anything that's better. New York is kind of interesting at the moment, but it's so incredibly expensive.

How much longer will you stay on the road? 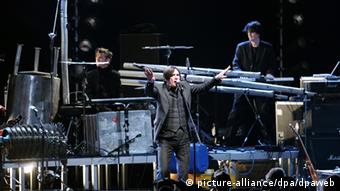 We're kind of booked out until 2015. We're doing a performance in a theater in Dortmund in February together with Mick Harvey (formerly of Nick Cave and the Bad Seeds). We were just recording with him in September in New York. It's an interpretation of Grimms' fairy tales, but Anne Sexton's version, an American poet who committed suicide. An amazing lady; she was a contemporary of Sylvia Plath. The musical director is a friend of ours, Paul Wallfish.

We're probably going to split up our time between Europe and America for now because we just can't decide. On one hand, Berlin's really free and great, but it's really hard to survive here. We make our money elsewhere. You can perform in Berlin all the time, but you're not going to make any money. But we've still got our storage room here. We have to get clothes for the next season.

As the front man of Einstürzende Neubauten and co-founder of renowned indie band Nick Cave & the Bad Seeds, Blixa Bargeld is among the major icons of Germany's underground music scene. (30.07.2013)

From soviet structures to former butcher shops, an architectural tour group specializes in spotlighting some of Berlin’s gallery gems beyond the beaten path. (27.09.2013)