Berlin's legendary techno clubs are synonymous with the city and famous the world over. DJ and sociologist Jan-Michael Kühn (aka DJ Fresh Meat) tells DW how mainstream interest in the scene is a double-edged sword. 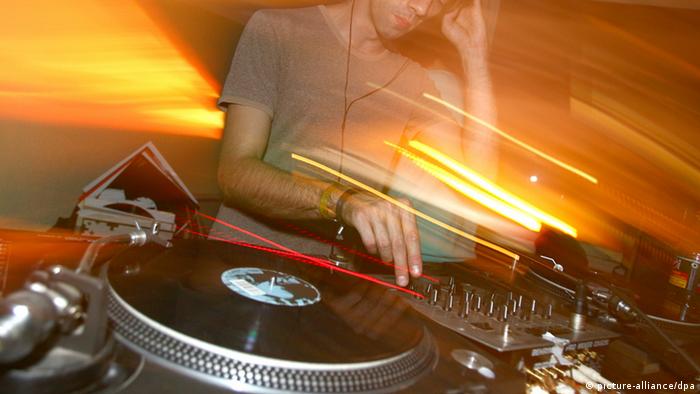 A DJ spins at a club in Essen, Copyright: dpa - Bildfunk

Jan-Michael Kühn, aka DJ Fresh Meat, doesn't just spin records in Berlin's clubs. He's also writing his dissertation on the economy and work in the Berlin house and techno scene. As a blogger, web-tv show producer and founder of the "Berlin Mitte Institut für Bessere Elektronische Musik" web project, he's been a recognized expert on Berlin's electronic music scene for many years.

He tells DW about the paradoxes of attracting mainstream interest - and the only way to make money in the scene.

DW: What makes the Berlin techno scene so attractive?

Jan-Michael Kühn: I was born in Berlin and went away for a while, but always wanted to come back to Berlin. I started to listen to electronic music in the 1990s, on the radio and at the Love Parade. I was always connected to Berlin through music and it was because of music that I came in the early 2000s.

In Berlin there's such a big infrastructure of clubs, labels, agencies that are so built up around the music that it's gained an aura of its own, and a lot of people just know that you can hear great music in Berlin.

There are a lot of factors you have to consider when you're talking about the attraction of the techno scene in Berlin. It has to do with the scene-based music community. That means a lot of individual players can realize their interests, their convictions, their aesthetic in an economic context. That means that they want to make a living and practice commercially - but on the other hand they leave a lot of room to develop their personal, aesthetical and cultural convictions. 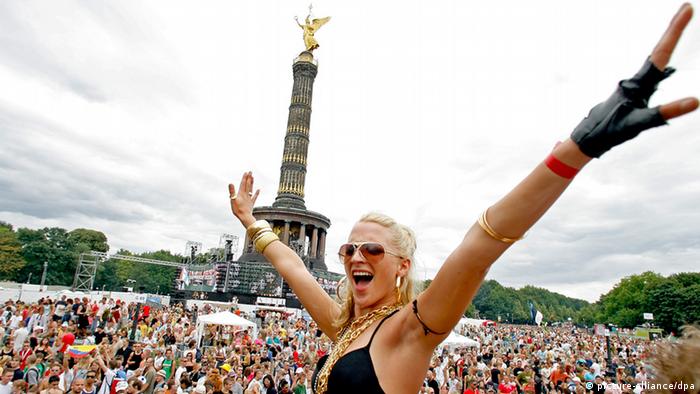 Speaking of commercialization, do you think it's putting the scene in danger of losing its appeal?

You have to differentiate between commercialization that is initiated from within the music scene itself and that which is imposed upon it from the outside. Typically, the people who are making the music quickly come up with the idea that they want to turn their hobby into a job and make a living out of it. So they start taking money for their music, or for their parties, with the aim of earning enough money to live off. And that's one method of scene-based commercialization.

Then there's commercialization that doesn't come from the scene itself but from the culture industry. Their aim is to take the aesthetics that are developed within the scene and make them accessible to as large an audience as possible. They don't necessarily have any interest in the music or the scene itself, but just want to make money off of it.

Does this second method of commercialization from outside represent a threat to the scene?

This week on Pulse, we go electronic! We hear how techno music in Berlin is helping kids caught up in Syria’s conflict, we crash one of Ben Klock’s DJ sets, and tag along with a techno fan as he ventures into the heart of hardcore.

Loveparade victims remembered in Duisburg on third anniversary of disaster

Germany is marking three years since 21 people were killed in a stampede at the Loveparade music festival in the western city of Duisburg. On the eve of the anniversary mourners lit 1,000 candles at the disaster site. (24.07.2013)

It's ambivalent. The aesthetics of the underground culture manage to reach people that they wouldn't ordinarily reach, and these people might start liking the music - like me, actually. I got to know the music on the radio and through the Love Parade and then discovered that there was club music, which I ultimately found a lot more interesting than [mainstream electronic music].

But on the other hand, the scene is always about differentiating yourself. And it's difficult to differentiate yourself when suddenly lots of people can make use of the aesthetics from within the scene. It's always a challenge for the identity of the players in the scene. They can't really distinguish themselves anymore when the rest of the culture functions just like they do.

A lot of people [within the scene] complain that we're developing a certain aesthetic that others are now profiting from.

You're a DJ yourself. In your opinion, what makes a DJ good?

A good DJ has a unique musical taste. He has what you could call a "conviction." Calling it ethics would be going too far, but I mean a preference that makes sense and that he can present outwardly.

It could be a musical genre, it could be the way he spins, it could be a number of things. But it has to be connected to a particular artistic idea. That's what separates techno and house DJs from those you find in the disco. It's not about playing what the people want to hear at the moment, but I think that DJs have a certain mandate to share interesting music even if it's not yet well known.

Many would say academia and the electronic music scene don't fit together at all. Why have you chosen to take an academic approach to techno?

On the one hand, you're right: Techno is traditionally considered light music. And anything that looks beyond the entertainment aspect is considered inappropriate, because the music is only supposed to be enjoyed.

I got interested in the music early on, became a DJ around the year 2000, and then went to college and at some point I had to graduate and write a paper. So I thought about what interested me most and started researching music production in home recording studios for my paper, and in that way I linked my private involvement in the scene with an academic publication. That's how it started. 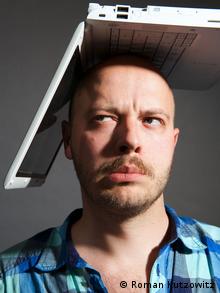 Jan-Michael Kühn says DJs have to establish their own sound

Does the academic world take you seriously?

Yes, absolutely. I'm still working on my doctoral thesis and have another year or so. But I put my bachelor's thesis online and it was read a lot and really well received. Now in my doctoral thesis I'm looking at the economics of the scene and how scene-based cultural production functions differently than what comes from the culture industry. And I'm taking the techno scene in Berlin as an example. This thesis is very well received. In August, I'll be releasing a text on creating economic value in music as part of a book published by three professors. So I'm very happy with the reception.

So how can you earn money in the techno scene?

In the 1990s, there were two possibilities to earn money. First of all, in clubs, where parties were put on. The club managers earned money, the DJs earned their fees, and the personnel etc. The agencies and everyone else made a living off the development of the clubbing scene.

Secondly, selling music. DJs and producers could make a good living from that. In the 90s, the vinyl was a very important tool for the techno scene. That changed in the early 2000s with digitalization. Music sales across the whole industry decreased sharply and streaming and downloads couldn't really make up for the drop.

At the same time, there are an increasing number of people who are producing music. So today, the only place where you can really earn money is in the club.

What advice would you give young DJs who want to make it in the Berlin techno scene?

My advice would be not to go into it with the idea of making it, but to enjoy it and have fun. And if you're successful along the way, that's great! And if you're not successful, then don't be disappointed.

The homepage of Jan-Michael Kühn's intitute for better electronic music in Berlin.

Generation Change: Techno for the children

Dan Cole in Berlin had to do something when he learned of children's fates in Syria. So he co-founded the collective It’s Bigger Than to raise funds by putting on parties with some of the finest DJs and producers around.

Catch up with German DJ Ben Klock in Melbourne