Dozens of Berlin nightclubs have organized a dance party to protest a march led by the far-right Alternative for Germany. "Our party will crash their march," activists promise. 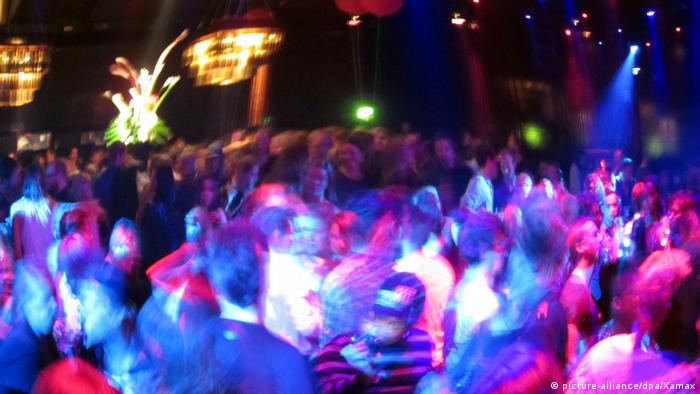 Seventy Berlin nightclubs are putting on a dance event in an attempt to disrupt a march organized by the far-right Alternative for Germany (AfD) party later this month.

The AfD and the anti-Islam movement PEGIDA have organized a march from Washingtonplatz near Berlin's central train station to the Brandenburg Gate on May 27. The date has been called "the day of reckoning for the irresponsible German politics" of Chancellor Angela Merkel.

"The Berlin club culture is everything that Nazis are not. And everything they hate," the clubs wrote in a joint message that called the AfD "suit-and-tie-Nazis" and PEGIDA "German bratwursts." "We are progressive, queer, feminist, anti-racist, inclusive, colorful, and we have unicorns. On our dance floors, people from all backgrounds unite, with diverse desires, changing identities and good taste."

"We cannot dance to this state of things," they wrote. "Our party will crash their march."

The nightclubs are joining other countermeasures to the march. Several organizations have formed an alliance called Stop the Hate, which includes more than 100 unions, parties, civil society initiatives and migrant organizations.

Founded in April 2013, the AfD is now the largest opposition party in the national parliament. Following elections in September, the party entered the Bundestag  for the first time and is currently not far the Germany's Social Democrats (SPD) in opinion polls.

The party's leader, Alexander Gauland, will give a speech at this month's march, the AfD announced on its Facebook page. The party claims that 10,000 people will participate.

In a Facebook post, protest organizers wrote that the AfD denies "people a place in the world who don’t fit their image of a homogeneous society. Their mostly racist, nationalist, anti-feminist and homophobic agenda aims to exclude."

"We stand up for a society where anyone can live self-determined and without fear regardless of their outward appearance, belief or sexual orientation," Stop the Hate's post read. "Human rights are indivisible! We stand together in solidarity and won’t allow the AfD to flood the public space and parliament with hatred."