Macron's EU: Most Germans support reforms... to a point

A study has found that a majority of Germans are satisfied with Emmanuel Macron's EU reform proposals, but think they go a little too far. Many also want Angela Merkel to be more passionate about the EU. 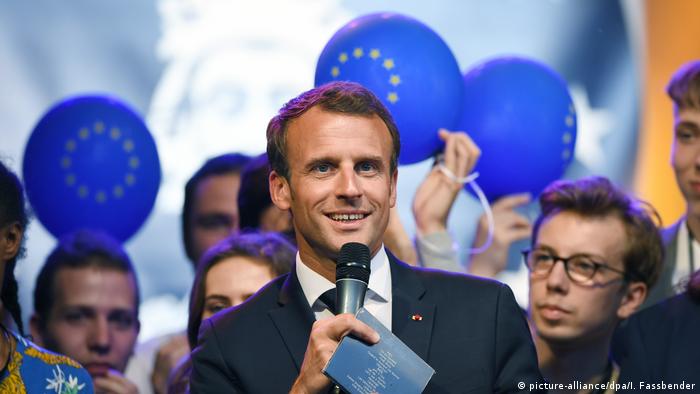 A majority of Germans support French President Emmanuel Macron's proposals to reform the European Union, according to a study published on Wednesday.

However, the survey, published by public broadcaster ARD, also shows that a majority of Germans reject the French president's plans for deepening EU economic and financial cooperation, proposals many German politicians also oppose.

The survey had 1007 participants who were contacted by telephone on Monday and Tuesday.

Macron, 40, is closing in on one year as France's president. On Thursday, he will become the second sitting present to win the Charlemagne Prize, awarded annually in Aachen — a German city near the Belgian border — for distinguished service on behalf of European unification. 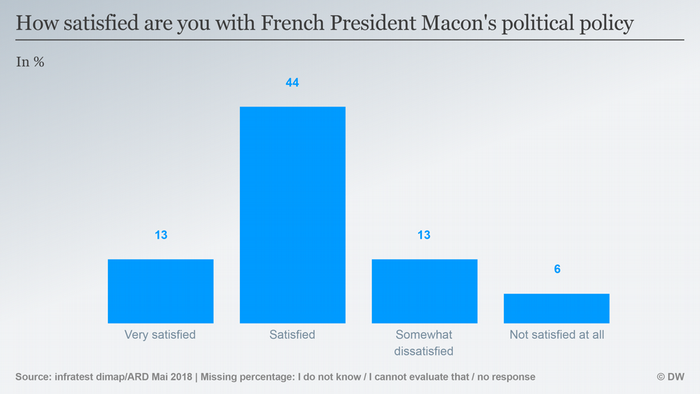 According to the ARD Deutschlandtrend poll: 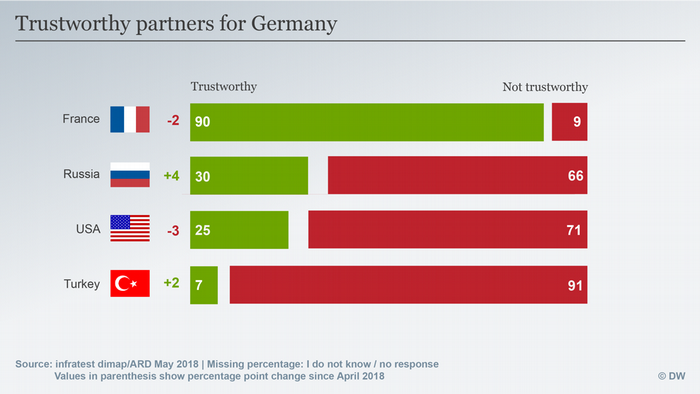 Many Germans also see France as a close partner

Issues facing the EU and eurozone: The EU summit comes amid rising populism in the east of the bloc. Members states are concentrated on deepening the bloc's banking union, with hopes to formally launch a Europe-wide deposit-insurance scheme that would be implemented over the long-term. Unemployment also remains high in Greece, where the latest bailout package runs out in August, and Spain.

What are Macron's political plans for the EU? The president has suggested that EU countries deepen their defense and tax cooperation and strengthen EU institutions. He has also called for "democratic conventions" and the introduction of transnational lists for the European Parliament.

What are Macron's economic plans for the EU? Macron has also suggested the 19 EU member countries that use the euro as their currency agree to create a common finance minister, budget and parliament and introduce joint borrowing by member states. Although Germany agreed to deliver a reform plan for the eurozone by June, many German politicians have said they are worried Macron's plans would need to be financed by Berlin.

In a separate ARD poll, the German chancellor's party still appeared to have the most support in Germany, with 35 percent of Germans saying they would vote for the Christian Democratic Party (CDU) if an election was held this Sunday.

ARD conducts the poll once a month, with 1507 people participating in May. 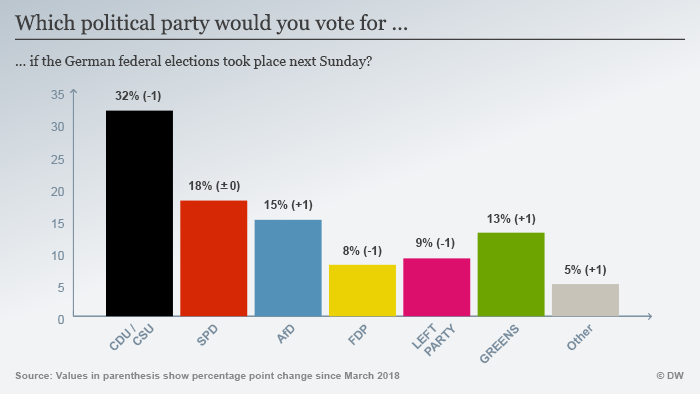